Why do Muslims attack Dargahs?

In this brief but hard hitting article at Indic Varta, Dr. Shankar Sharan asks a very pertinent question: Why do Muslims attack Dargahs? Answering that they do this because Dargahs are considered a Hindu contamination of Shia Muslims who are considered as kaffirs by the Sunnis, he says that this should frighten and wake up the non-Muslims of the world to the reality of radical Islam. 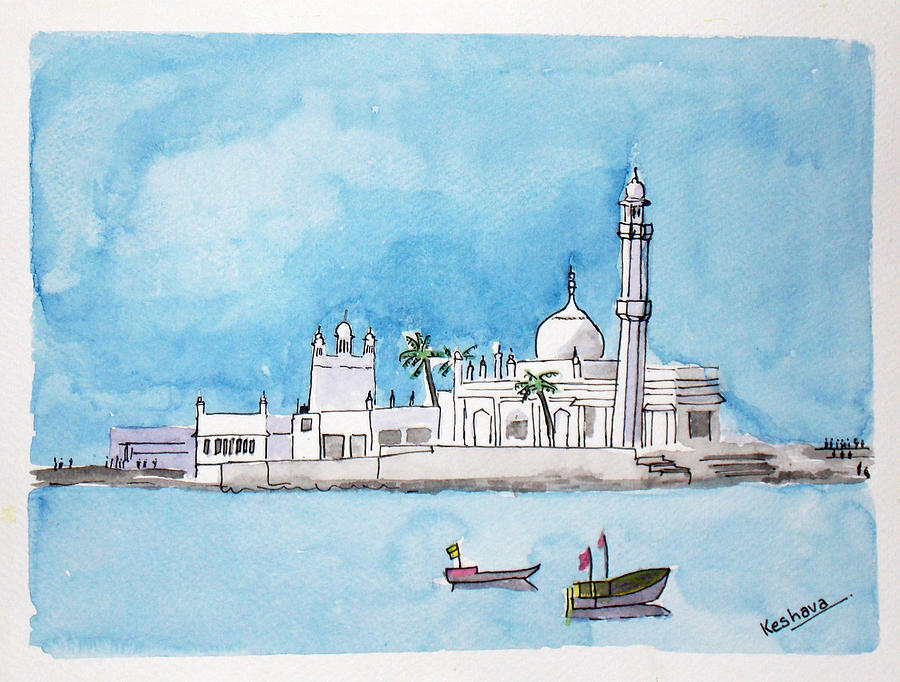 In an attack on a Dargah in Pakistan in 2017, hundred people were killed. The Islamic State took responsibility for this attack. But this is not the first such incident of its kind. This is a regular occurrence.  All of these attacks were perpetrated by the Islamic organizations. But there is no international outrage on this. This is because they are done for the propagation of Islam and these atrocities upon Muslims are committed by Muslims themselves. These acts were aimed to further the Islamic agenda. If the killers are Muslims then nobody cares. The blood of Muslims becomes important only when non-Muslims spill it.

The terrorist organizations who carry out these terrorist attacks on Dargahs, consider them nothing but an expression of idolatry and heresy. The Dargahs are considered to evil influence of the saints and mendicants of Hindu and Buddhist sects. They are considered inherently non-Islamic and that is why the Islamic terrorists want to destroy them.

This is not an exclusive concern of the terrorists. In the past few centuries, many monuments related to the life of Prophet Muhammad were destroyed by the governments in Saudi Arabia. In the last century itself, almost ninety percent of the monuments of special importance were destroyed in Arabia. There are three UNESCO World Heritage Sites in Arabia. None of them is Islamic, because ‘heritage’ is not allowed in the Saudi regime. Creating monuments is considered a form of idolatry in the most fundamentalist of Islamic theology.

We must not fail to remember that the resplendent Islamic monuments in India like the Taj Mahal and various other tombs, Dargahs etc. are heretical constructions under the evil influence of the Hindu. In Islam it is all a great crime; a heresy. Viewed in this light, the attacks on Dargahs are an attempt to obliterate all non-Islamic vestiges in an Islamic country.

In this way, it is an issue deeply relevant to the very existence of non-Muslims. For the attackers of these Dargahs, it is enough for someone to be an idolater, a Kaffir, or even just a non-Muslim, to brutally kill him. Shouldn’t this be a major matter of concern for the non-Muslims? The terrorist outfits of Islamic State, Al Qaeda, Lashkar-e-Jhangvi etc., which launch attacks on the Dargahs and Shia mosques, consider it their duty to kill Kaffirs. They want to convert or kill all the non-Muslims in the world and to implement the Islamic law Shariat there.

That is why the Muslim world never makes a fuss about these massacres, because they are familiar with the ideology which kills these people. Every year systematic massacres of hundreds of Shias, Hazaras, Ahmedias, Kurds, Yazidis etc. take place. The Muslim world does not even makes a murmur over this. They treat it with calm, as one would listen to a weather report.

It is also wrong to think that the attacks on Dargahs are an internal matter of Islam. It would have been an internal matter, had the terrorists considered the Shias as Muslims. As the victims of these attacks are routinely called ‘non-Muslims’, the real non-Muslims should be concerned about them. These attacks are not an exception. The ideology that nourishes these terrorists, their dedication and strength are international. Every year hundreds of Shias are killed in such terrorist attacks. Terrorist groups like Lashkar-e-Jhangvi, Sipah-e-Sahaba, Jaish-ul-Islam, Taliban etc. regularly kill Shias. Their spokespersons tell us: “Shias are Kaffirs. We will keep killing them.”

The Shias are killed because they are considered Kaffirs. That is why the seculars, the liberals, the leftists and the intellectuals never care about these killings. On the other hand, if the USA even stops a Muslim from coming in, it becomes an international issue. They don’t bother about the ideology which inspires them to kill Kaffirs. Those who kill Shias are not a handful of extremists ‘ignorant of Islam’. Had they acted in defiance of Islam, the Muslim world would come down heavy on them, demanding swift action. Everyone knows, anyone who ‘acts against Islam’, Muslim or non-Muslim invites the ire of the entire Muslim world. Just remember what Taslima Nasreen or Salman Rushdie had to face.

The dampened response of the Muslim world to the constant attacks on Dargahs and Shias is understandable. This is why Shias are on the brink of extinction in various Muslim regions of the world. In Quetta, the Shias live in ghettoes. In Syria, Iraq and Afghanistan too they are regularly massacred. On every Shia festival, it is an open season on Shias. Recently two such incidents took place in Iraq.

Why don’t the Muslim countries and organizations come out in the opposition of these massacres? The Sunni terrorists make it very clear that their end goal is the complete destruction and genocide of the Shias. This is happening as we speak in Syria and Iraq. The Shia villages empty with terror when the Sunni armies arrive there. Before the Islamic State, it was Al Qaeda which had one of its primary goals as the destruction of the Shias. As the majority of the Muslims in the world are Sunnis, so they don’t much bother about the killing of Shias. They take no processions; they make no noise over their killings.

The followers of mainstream Islam want to kill non-Muslims. If this doesn’t wake up the non-Muslims, what will? There is no other explanation of the deafening silence by the Islamic world on the massacres of the Shias. Compare this to any Muslim killed in a police encounter, or a Muslim killed by a Hindu mob. The lives of hundreds of Shias killed regularly are cheaper than the life of even a terrorist.

Do all non-Muslim leaders, intellectuals also consider themselves to be the sacrificial goats like the Shias who go to the Dargahs? Do they also think it is not a big deal to kill the Dargah goers? On the other hand they believe that any ‘Muslim’ like Ishrat, Afzal or Wani should not even be touched. They become sleepless over the discomfort caused to these ‘Muslims’. If this is not the case, then their silence is extremely dangerous to their own safety.

A true humanist would be appalled to know that while even a single Muslim killed unintentionally by the Indian forces makes international headlines. On the other hand, 86-100 Shias killed daily is not a matter of concern. Pay attention to such news in future. Compare them with other cases and decide for yourself.

The silence over these massacres is also due to another reason. Discussing it would mean that the world comes to know that Islam is not a religion of peace, love and brotherhood. The silence is also due to the fact that as most of the Shias are killed by Sunnis there is no mileage here to be taken by the criticism of India, Israel or the USA.

The point to be noted here is that the mainstream Islamic ideology thinks that it is its birthright to kill non-Muslims. This is not the monopoly of terrorist organizations like the Islamic State. A common Maulvi also looks upon the Shias with disgust and consternation.

Professor Abdul Rahman Al-Baraq, who teaches Maulvis appointed by the government of Saudi Arabia was once asked whether the Jihad against the Shias was legal according to Islam? His answer was: “If Shias practice their religion openly in a Sunni majority country, then the Sunnis have no option but to start Jihad against them.”

All non-Muslims should ponder over the serious implications of this fundamental Islamic principle.

Most Popular Articles of January 2021
Why Don't Hindus Stand Up Against Anti-Hindu Anti-India Agenda?
Oral Tradition and the AIT