Cooking vs. Consumerism – How Cooking can defeat the Food Corporate

This article talks about how the food corporate with ‘rational logic’ and arguments about ‘saving time’ destroyed home cooking in the West. The obvious goal was to promote food processing industry and destroy the culture of eating whole foods, even at home. Michael Pollan calls for cooking at home again, from whole foods in order to defeat the food corporate and its designs on human culture. This is an excerpt from ‘Cooked’. 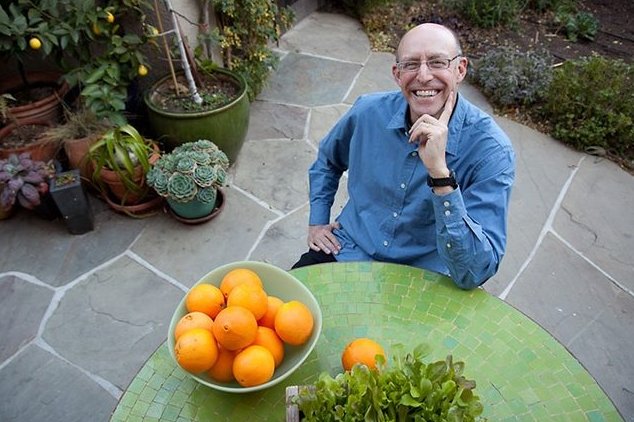 As I grew steadily more comfortable in the kitchen, I found that, much like gardening, most cooking manages to be agreeably absorbing without being too demanding intellectually. It leaves plenty of mental space for daydreaming and reflection. One of the things I reflected on is the whole question of taking on what in our time has become, strictly speaking, optional, even unnecessary work, work for which I am not particularly gifted or qualified, and at which I may never get very good. This is, in the modern world, the unspoken question that hovers over all our cooking: Why bother?

By any purely rational calculation, even everyday home cooking (much less baking bread or fermenting kimchi) is probably not a wise use of my time. Not long ago, I read an Op Ed piece in The Wall Street Journal about the restaurant industry, written by the couple that publishes the Zagat restaurant guides, which took exactly this line. Rather than coming home after work to cook, the Zagats suggested, “people would be better off staying an extra hour in the office doing what they do well, and letting bargain restaurants do what they do best.”

Here in a nutshell is the classic argument for the division of labor, which, as Adam Smith and countless others have pointed out, has given us many of the blessings of civilization. It is what allows me to make a living sitting at this screen writing, while others grow my food, sew my clothes, and supply the energy that lights and heats my house. I can probably earn more in an hour of writing or even teaching than I could save in a whole week of cooking. Specialization is undeniably a powerful social and economic force. And yet it is also debilitating. It breeds helplessness, dependence, and ignorance and, eventually, it undermines any sense of responsibility.

Our society assigns us a tiny number of roles: We’re producers of one thing at work, consumers of a great many other things all the rest of the time, and then, once a year or so, we take on the temporary role of citizen and cast a vote. Virtually all our needs and desires we delegate to specialists of one kind or another—our meals to the food industry, our health to the medical profession, entertainment to Hollywood and the media, mental health to the therapist or the drug company, caring for nature to the environmentalist, political action to the politician, and on and on it goes. Before long it becomes hard to imagine doing much of anything for ourselves—anything, that is, except the work we do “to make a living.” For everything else, we feel like we’ve lost the skills, or that there’s someone who can do it better. (I recently heard about an agency that will dispatch a sympathetic someone to visit your elderly parents if you can’t spare the time to do it yourself.) It seems as though we can no longer imagine anyone but a professional or an institution or a product supplying our daily needs or solving our problems. This learned helplessness is, of course, much to the advantage of the corporations eager to step forward and do all this work for us.

One problem with the division of labor in our complex economy is how it obscures the lines of connection, and therefore of responsibility, between our everyday acts and their real-world consequences. Specialization makes it easy to forget about the filth of the coal-fired power plant that is lighting this pristine computer screen, or the backbreaking labor it took to pick the strawberries for my cereal, or the misery of the hog that lived and died so I could enjoy my bacon. Specialization neatly hides our implication in all that is done on our behalf by unknown other specialists half a world away.

Perhaps what most commends cooking to me is that it offers a powerful corrective to this way of being in the world—a corrective that is still available to all of us. To butcher a pork shoulder is to be forcibly reminded that this is the shoulder of a large mammal, made up of distinct groups of muscles with a purpose quite apart from feeding me. The work itself gives me a keener interest in the story of the hog: where it came from and how it found its way to my kitchen. In my hands its flesh feels a little less like the product of industry than of nature; indeed, less like a product at all. Likewise, to grow the greens I’m serving with this pork, greens that in late spring seem to grow back almost as fast as I can cut them, is a daily reminder of nature’s abundance, the everyday miracle by which photons of light are turned into delicious things to eat.

Handling these plants and animals, taking back the production and the preparation of even just some part of our food, has the salutary effect of making visible again many of the lines of connection that the supermarket and the “home-meal replacement” have succeeded in obscuring, yet of course never actually eliminated. To do so is to take back a measure of responsibility, too, to become, at the very least, a little less glib in one’s pronouncements.

Especially one’s pronouncements about “the environment,” which suddenly begins to seem a little less “out there” and a lot closer to home. For what is the environmental crisis if not a crisis of the way we live? The Big Problem is nothing more or less than the sum total of countless little everyday choices, most of them made by us (consumer spending represents nearly three-quarters of the U.S. economy) and the rest of them made by others in the name of our needs and desires. If the environmental crisis is ultimately a crisis of character, as Wendell Berry told us way back in the 1970s, then sooner or later it will have to be addressed at that level—at home, as it were. In our yards and kitchens and minds.

As soon as you start down this path of thinking, the quotidian space of the kitchen appears in a startling new light. It begins to matter more than we ever imagined. The unspoken reason why political reformers from Vladimir Lenin to Betty Friedan sought to get women out of the kitchen was that nothing of importance—nothing worthy of their talents and intelligence and convictions—took place there. The only worthy arenas for consequential action were the workplace and the public square. But this was before the environmental crisis had come into view, and before the industrialization of our eating created a crisis in our health. Changing the world will always require action and participation in the public realm, but in our time that will no longer be sufficient. We’ll have to change the way we live, too. What that means is that the sites of our everyday engagement with nature—our kitchens, gardens, houses, cars—matter to the fate of the world in a way they never have before.

To cook or not to cook thus becomes a consequential question. Though I realize that is putting the matter a bit too bluntly. Cooking means different things at different times to different people; seldom is it an all-or-nothing proposition. Yet even to cook a few more nights a week than you already do, or to devote a Sunday to making a few meals for the week, or perhaps to try every now and again to make something you only ever expected to buy—even these modest acts will constitute a kind of a vote. A vote for what, exactly?

Well, in a world where so few of us are obliged to cook at all anymore, to choose to do so is to lodge a protest against specialization—against the total rationalization of life. Against the infiltration of commercial interests into every last cranny of our lives. To cook for the pleasure of it, to devote a portion of our leisure to it, is to declare our independence from the corporations seeking to organize our every waking moment into yet another occasion for consumption. (Come to think of it, our nonwaking moments as well: Ambien, anyone?) It is to reject the debilitating notion that, at least while we’re at home, production is work best done by someone else, and the only legitimate form of leisure is consumption. This dependence marketers call “freedom.”

Cooking has the power to transform more than plants and animals: It transforms us, too, from mere consumers into producers. Not completely, not all the time, but I have found that even to shift the ratio between these two identities a few degrees toward the side of production yields deep and unexpected satisfactions. Cooked is an invitation to alter, however slightly, the ratio between production and consumption in your life. The regular exercise of these simple skills for producing some of the necessities of life increases self-reliance and freedom while reducing our dependence on distant corporations. Not just our money but our power flows toward them whenever we cannot supply any of our everyday needs and desires ourselves. And it begins to flow back toward us, and our community, as soon as we decide to take some responsibility for feeding ourselves. This has been an early lesson of the rising movement to rebuild local food economies, a movement that ultimately depends for its success on our willingness to put more thought and effort into feeding ourselves. Not every day, not every meal—but more often than we do, whenever we can.

Cooking, I found, gives us the opportunity, so rare in modern life, to work directly in our own support, and in the support of the people we feed. If this is not “making a living,” I don’t know what is. In the calculus of economics, doing so may not always be the most efficient use of an amateur cook’s time, but in the calculus of human emotion, it is beautiful even so. For is there any practice less selfish, any labor less alienated, any time less wasted, than preparing something delicious and nourishing for people you love?

1. The Cooking Hypothesis
2. The Death of Cooking
3. Four Ways of Cooking

4. Between Nature and Culture – Where the Cooks Dare to Tread 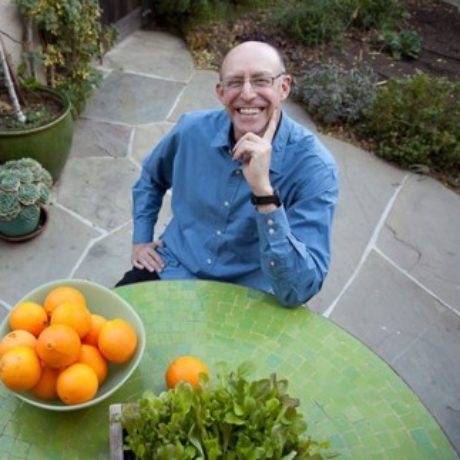