In this article, Satish Verma recommends five books to understand the dominant ‘-isms’ of today’s intellectual climate, like feminism, Marxism, post-modernism etc. These books are important to understand how the minds of these ideologues work. And this understanding is necessary to defend Dharma against the many threats that it faces today. 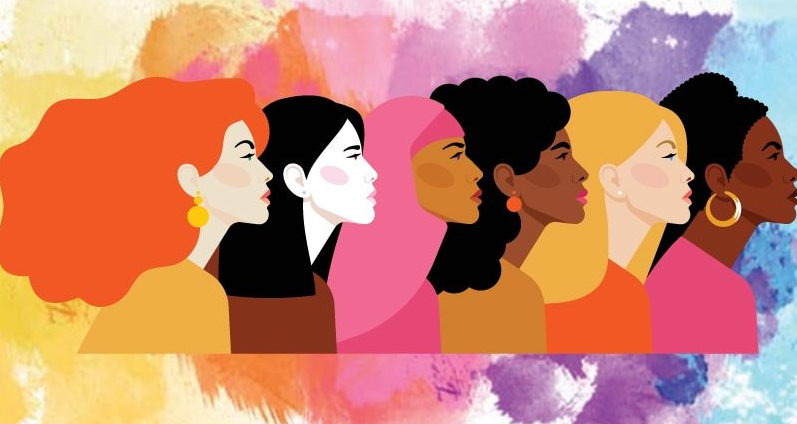 In the turbulent time in which Hindus live, the challenges which we face are multifaceted in nature and the nature of threat varies from one entity to another. While some of the adversaries such as Islam pose a bigger danger through the means of violence, yet the others such as Feminism, Marxism, Postmodernism et al. pose ideological challenges at the outset before it translates into real actions. Therefore, it becomes necessary for us to equip ourselves with the understanding of the ideologies which pose threat to Dharma. In this article, I’ll be covering some of the books which can help us to prepare for debating the adversaries – Marxism and Communism, New Left and Postmodernism.

Despite the fact that Soviet Union can only be found in history books and China is running the experiment of State Capitalism with a Communist political system, Marxism and Communism still thrive in our university campuses. Using Marxism as an analytical tool to understand history through the means of Historical Materialism is the dominant stream of historiography in India. The books recommended to understand Marxism and Communism are as follows:

1 – The Opium of the Intellectuals by Raymond Aron

For the students of political theory and sociology, Aron is not an obscure thinker but a scholar having immense erudition anchored on his insistence on prudence instead of total revolution. In this book, Aron shows that how Marx’s pronouncement of religion being the opium of masses was followed religiously by Marxists who elevated Marxism to the status of a religion – especially by the intellectual class. The moral derangement which emerges from a blind adherence to a totalitarian ideology was best manifested in Marxists of Europe being increasingly tolerant of brutalities committed by Communist regime in Soviet Union and other Communist states while growing intolerant of countries like US which had far more civil liberties and freedom for the citizens. Aron dissects the contradiction inherent in Marxism and its disastrous implications if theory is put to practice.

2 – The God That Failed edited by Arthur Koestler

This book is nothing less than an intellectual history of Europe from the end of the First world war to the beginning of the cold war. In this book, André Gide (France), Richard Wright (the United States), Ignazio Silone (Italy), Stephen Spender (England), Arthur Koestler (Germany), and Louis Fischer (USA) narrate their personal experience of how they gravitated towards Communism for a better prospects for humanity in the turbulent period only to witness the mass murder, famines, purges and enslavement of the innocent citizens in the Communist states. The promise of Marxism that it can elevate humanity to the next plane is nothing but a chimera. The utopia which it promised to its adherents turned out to be the painful and gory details of people being killed for no crimes in Gulags and mass purges of Stalin.

3 – The Black Book of Communism by Stephane Courtois and others

The book was originally published in French and later published by Harvard University Press in English in 1997. After the fall of Soviet Union and China progressively abdicating the policies of Mao in the 90s, the world was still oblivious of the exact figures of the victims of Communism around the world from Soviet Union to Vietnam. The authors of the book estimate the number to be close to 94 millions in which China alone accounted for close to 64 million victims. In terms of numbers, Communism was far more violent and repressive than Nazism yet a Communist receives no condemnation in public and continues to masquerade as intellectual. The book is instrumental in consolidating the details of crimes of Communism around the world in a single book after meticulous research.

After the end of WWII and beginning of the reconstruction of war ravaged Europe, the Left in the 1960s was disillusioned with the methods of class struggle due to its limited success. The validity of the concept of class itself was undergoing rapid changes with economic progress and in democratic countries, new methods were required. In this context, thinkers of the Left gave birth to the New Left movement which sought to create the binary between oppressor and oppressed by pitching the latter against the former. The empirical validity of such division was less important than its potential to create the fissure in society. There was greater emphasis on using the path of legislation and administrative structure to bring the changes in the society which they sought to achieve. To understand New Left, the best available text is following:

4 – Thinkers of the New Left by Roger Scruton

Roger Scruton in this book performs the cogent and incisive analysis of the prominent thinkers of the New Left such as Jurgen Hubermas, Michel Foucault, E P Thompson amongst others who were the celebrated intellectual sensations in their circles. Scruton discusses the prevailing socio-political conditions in the Western world while tracing the evolution of their ideas. Scruton clearly demonstrates that the New Left doesn’t have any empirically and logically tenable philosophical grounding but resorts to the use of assumptions which are seldom questioned to defend their movement after systematic refutation of Classical Marxism.

Postmodernism is a slightly recent entrant in the world of philosophy but in such a short span, it has established itself as a dominant philosophical movement finding places in spheres as diverse as academia, architecture and art. The word first appeared in the book ‘The Postmodern Condition’ authored by Jean Francois-Lytord in 1979. The primary tenets of postmodernism are rejection of the idea of objective truth; criticism of science, reason, objective morality; complete rejection of any grand narrative in the favour of moral and cultural relativism etc. The fundamental problem with Postmodernism is that it considers every knowledge to be connected with power structure and undermining the existence of objective truth on which the world functions. Postmodernism applied to practice results in social justice warrior movements, micro-aggression, trigger warning and other such phenomena detrimental to human’s quest for truth. To understand the Genesis and development of Postmodernism, following book is a recommended read:

5 – Explaining Postmodernism: Skepticism and Socialism from Rousseau to Foucault by Stephen Hicks

Stephen Hicks is a professor of Philosophy at Rockford University and well known for his studies on Postmodernism. Although the radical rejection of objective truth was taken to its extreme by Postmodernists, the skepticism for existence of objective truth and means to know it have been a central question in the field of epistemology. Hicks traces such development from the time of Rousseau to understand the evolution of radical skepticism and Postmodernism’s rejection of primacy of reason and scientific empiricism which emerged during Enlightenment.

The book is particularly important due to Postmodernism being employed aggressively in Indian context to show how the knowledge of Sanatana Dharma must be rejected as it’s rooted in power structure and the new subjective knowledge of oppressed groups should take primacy over the Dharmic knowledge system built over millennia. Such blatant rejection of truth itself goes against the fundamentals of Dharma in which the quest for the ultimate truth is central to human life and our worldview.

While I believe that the above recommended books will serve as stepping stones for delving deeper for academically curious readers, it will be helpful for the rest of the readers as well. We live in the time when ideas travel without borders forcing us to broaden our horizon and get acquainted with the global intellectual landscape to assess which ideas will be detrimental to the sustenance of our civilization. Uncritical assimilation of any philosophical movement or idea can be problematic for our own narrative rooted in traditions of Dharma.

Indian National Safety Endangered by Islamist Missionary Movement
‘Raiders in Kashmir: Story of the Kashmir War’. A Book Review.
The Bhagavad Gita for Millennials by Bibek Debroy – A Book Review