In this piece, Satish Verma explores a forgotten episode of modern Indian history. He tells us how S. Radhakrishnan once found himself in the middle of a great controversy – of plagiarizing texts on Indian philosophy. 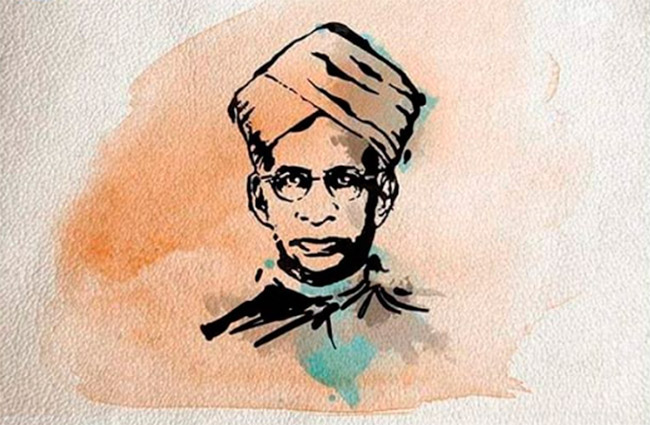 Dr. Sarvepalli Radhakrishnan’s birthday on September 5 is etched in the functioning of Government of India as the day when teachers have to be celebrated, commonly known as Teacher’s Day. Dr. Radhakrishnan was indeed a distinguished philosopher of the last century, who also served as the second president of India. In addition to his above roles, he also served as the Vice Chancellor of Andhra University and Benaras Hindu University. As a philosopher, Radhakrishnan had taken the endeavour to educate the world about Indian philosophy which was often dismissed as theology with contempt by Western philosophers. At the same time, he also wanted to distinguish Indian philosophical tradition from the Western philosophical traditions by presenting it as an alternate system of philosophy for the entire humanity built on the metaphysics and ethics of Advaita Vedanta.

Radhakrishnan’s attempt to present a coherent and lucid account of Indian philosophical traditions culminated in his seminal work Indian Philosophy in 2 volumes. The second volume was published in 1927. By the time when the second volume of his work was published, Radhakrishnan had become one of the most influential philosophers of his times holding King George V Chair of Mental and Moral Science at University of Calcutta. However, his career as an academician was not free from controversies, and soon charges of plagiarism were labelled against him.

The charges of plagiarism were labelled against him by Jadunath Sinha who was emerging as an erudite young philosopher while teaching at Meerut College. These charges were published in the January 1929 edition of Modern Review. Sinha had written a letter to Modern Review in December giving the details of plagiarism committed by Radhakrishnan. Sinha accused that in the second volume of Indian Philosophy, Radhakrishnan had plagiarized from his thesis Indian Psychology of Perception submitted to Calcutta University in 1922 for the award of Premchand Roychand Studentship which Sinha was eventually awarded. The reviewers of the thesis submitted by Sinha were Prof. Radhakrishnan and Prof. B N Seal. Though Sinha had submitted the first part of his thesis in 1922, the second part of his thesis was submitted in 1925.

The charges labelled against Radhakrishnan were nothing less than scandalous considering the reputation which Radhakrishnan had acquired in that era. Sinha had essentially asserted that a great deal of material published in the ‘Yoga Sutra of Patanjali’ chapter of Indian Philosophy was directly lifted by Radhakrishnan from his thesis submitted for the award of Premchand Roychand Studentship.

In the February and March editions of Modern Review, Radhakrishnan defended himself by saying that the manuscript of his work was sent to his publisher in 1924 which was before the complete submission of Sinha’s thesis while it was due to his editor not being in US for a long time resulting in delay of publishing of the book. Radhakrishnan also said that the excerpts which were alleged to be plagiarized were essentially the standard translation of classical texts.

After the exchange of letters, Sinha filed a suit against Radhakrishnan at Calcutta High Court for the violation of copyright in 1929. Sinha’s case was strong considering the fact that the allegedly plagiarized excerpts were published before Radhakrishnan sent his manuscript. In order to salvage his reputation, Radhakrishnan filed a counter-suit against Sinha and Modern Review for tarnishing his reputation. The legal battle between one giant of Indian philosophy and another erudite philosopher disturbed many scholars on both the sides.

Sri Shyama Prasad Mukherjee who later became Vice-Chancellor of Calcutta University in 1934 offered to mediate for out of the court settlement considering the legal complexities. Ultimately, in 1933, for a sum of money which was not revealed, both the parties agreed to not pursue the lawsuits further bringing an end to the acrimonious episode of Indian philosophy.

"Divide and Rule". The British Colonial Policy on Caste
In the Footsteps of Hind Swaraj. The Oeuvre of the Historian and Political Thinker Dharampal - 2
Negationism in India: General Characteristics