At India’s independence, the level of literacy in India was very low. Notwithstanding the arguments which consider oral education to be as good as literate culture for the moment, there has to be some reason for this poor state of education in India. India is one of the oldest civilizations in the world with one of the first literate cultures. How did things come to this? In this article, Dr. Probal Ray Chowdhury tells us what Gandhi thought about indigenous education system of India. 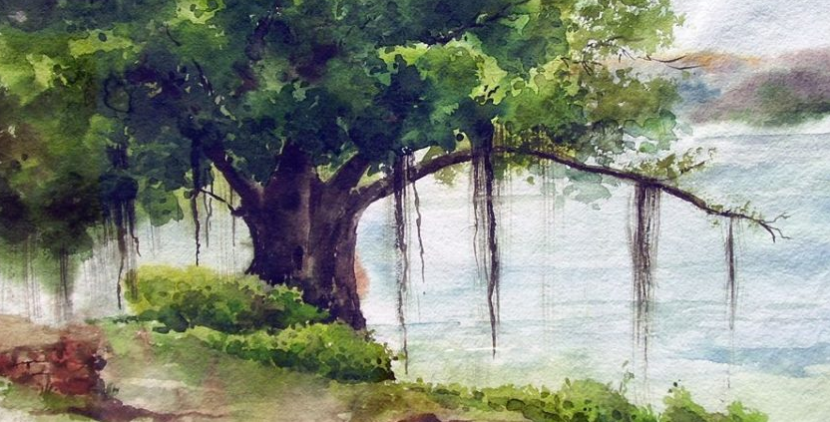 From the last decades of the 19th century, and even more so from the early decades of the 20th century, the fact that large sections of Indian society had very little or no access to education at various levels became an issue of much discussion and concern.  Around this time, it was also noticed that several communities had a very low percentage of literates and even lower percentage of literates in English – which was an absolute prerequisite for a Government job or a professional career.  The British administrators and scholars, however, attributed all this to the low status – social, economic as well as educational – which these communities allegedly had in traditional Indian society for millennia. [1]

Some of our leaders at the helm of the national movement clearly expressed a differing view.  Mahatma Gandhi was the foremost and the most articulate amongst them.  In a speech made at the Chatham House in London on October 20, 1931 (while he was on a visit to England to attend the Second Round Table Conference), he talked about his vision of education for an independent India.  Gandhiji asserted that the literacy levels which prevailed in India “fifty or a hundred years ago” were better than what was prevailing then under the British introduced system of education.  He drew his audience’s attention to the widespread indigenous system of education, which was functioning even after the onset of British rule in India.  Referring to this indigenous system of education as the “beautiful tree”, Gandhiji said that the British uprooted this system and left it to wither away over time.  “Our state”, Gandhiji claimed, “would revive the old village schoolmaster and dot every village with a school for both boys and girls”. [2]

We have the education of this future State.  I say without fear of my figures being challenged successfully, that today India is more illiterate than it was fifty or a hundred years ago, and so is Burma, because the British administrators, when they came to India, instead of taking hold of things as they were, began to root them out.  They scratched the soil and began to look at the root, and left the root like that, and the beautiful tree perished.  The village schools were not good enough for the British administrator, so he came out with his programme.  Every school must have so much paraphernalia, building, and so forth.  Well, there were no such schools at all.  There are statistics left by a British administrator which show that, in places where they have carried out a survey, ancient schools have gone by the board, because there was no recognition for these schools, and the schools established after the European pattern were too expensive for the people, and therefore they could not possibly overtake the thing.  I defy anybody to fulfil a programme of compulsory primary education of these masses inside of a century.  This very poor country of mine is ill able to sustain such an expensive method of education.  Our State would revive the old village schoolmaster and dot every village with a school both for boys and girls. (CWMG 1971, Vol.XLVIII:199-200)

Gandhiji’s statement challenged the civilising mission of British rule in India.  He squarely laid the blame for the prevalence of illiteracy amongst the Indian masses to the policies of the British rule. The challenge was taken up by Sir Philip Hartog, a leading British educationist of the time, who was present in that meeting. [3] Hartog demanded that Gandhiji should substantiate his claim by detailed evidence, or retract his statement and apologize.  Gandhiji referred Hartog to a set of articles by Daulat Ram Gupta that was published in Young India in December 1920. [4] Gandhiji also asked the leading Indian educationists of the time, such as Prof. K.T. Shah, [5] Dr Syama Prasad Mookerjee [6] and others, to respond to Hartog.  In February 1932, Prof. Shah sent a detailed note to Hartog.  Dr. Mukherjee also got a note prepared on the subject by a member of the faculty in his university, A.N. Basu, in 1939. [7] However, in the height of the independence movement, there was little chance for an academic debate on education being pursued seriously by Indian scholars or public figures.

On his return to India at the conclusion of the Second Round Table Conference in London, Gandhiji was arrested and lodged in the Yeravada prison (1932-33).  Later, in his correspondence with Hartog, Gandhiji reiterated his firm conviction that the Indian villages had a better system of education in the pre-British period than under the British rule – a conviction that he held on to till his last.  Gandhiji also held firmly to his view that once India became independent, its education system – especially the school education – had to be reorganized along the lines of the traditional village school education system that had prevailed in pre-British India.

As early as 1909, in his seminal work Hind Swarajya (first English edition of which appeared in 1910 under the title Indian Home Rule), Gandhiji was emphatic that “Our ancient school-system is enough.  Character building has the first place in it, and that is primary education.  A building erected on that foundation will last.”  (Bajaj, J.K. and M.D. Srinivas [ed.] 2011:89).  Much later, in October 1937, when the Congress Party came to power after elections to the provincial governments were held, Gandhiji convened at Wardha an all-India National Education Conference to discuss this issue threadbare.  Before the conference, Gandhiji stated in no uncertain terms that:

“(1) The present system of education does not meet the requirements of the country in any shape or form.  English, having been made the medium of instruction in all the higher branches of learning, has created a permanent bar between the highly educated few and the uneducated many.  It has prevented knowledge from percolating to the masses.  This excessive importance given to English has cast upon the educated class a burden which has maimed them mentally for life and made them strangers in their own land.  Absence of vocational training has made the educated class almost unfit for productive work and harmed them physically.  Money spent on primary education is a waste of expenditure inasmuch as what little is taught is soon forgotten and has little or no value in terms of the villages or cities.  Such advantage as is gained by the existing system of education is not gained by the chief taxpayer, his children getting the least.  (2) The course of primary education should be extended at least to seven years and should include the general knowledge gained up to the matriculation standard less English and plus a substantial vocation.  (3) For the all-round development of boys and girls all training should so far as possible be given through a profit-yielding vocation.  In other words vocations should serve a double purpose – to enable the pupil to pay for his tuition through the products of his labour and at the same time to develop the whole man or woman in him or her through the vocation learnt at school.  Land, buildings and equipment are not intended to be covered by the proceeds of the pupil’s labour.  All the processes of cotton, wool and silk, commencing from gathering, cleaning, ginning (in the case of cotton), carding, spinning, dyeing, sizing, warp-making, double-twisting, designing and weaving, embroidery, tailoring, paper-making, cutting, book-binding, cabinet-making, toy-making, gur-making are undoubtedly occupations that can easily be learnt and handled without much capital outlay.  This primary education should equip boys and girls to earn their bread, by the State guaranteeing employment in the vocations learnt or by buying their manufactures at prices fixed by the State.  (4) Higher education should be left to private enterprise and for meeting national requirements whether in the various industries, technical arts, belles-lettres or fine arts.  The State Universities should be purely examining bodies, self-supporting through the fees charged for examinations.  Universities will look after the whole of the field of education and will prepare and approve courses of studies in the various departments of education.  No private school should be run without the previous sanction of the respective Universities.  University charters should be given liberally to anybody of persons of proved worth and integrity, it being always understood that the Universities will not cost the State anything except that it will bear the cost of running a Central Education Department.  The foregoing scheme does not absolve the State from running such seminaries as may be required for supplying State needs.  It is claimed that if the whole scheme is accepted, it will solve the question of the greatest concern to the State – training of its youth, its future makers.” (CWMG 1976, Vol.LXVI:194-195; this was published in the 2 October 1937 issue of the Harijan.)