The Trouble with Islam Today

In this article, Dr. Shankar Sharan analyzes the incompatibility of fundamentalist Islamic ideas with modern institutions and modern world. He tells us how a fundamentalist Islamic society is prone to human suffering of every kind. It not only spreads violence in other societies, but becomes a victim of its own violence. He also gives us solutions about this problem. 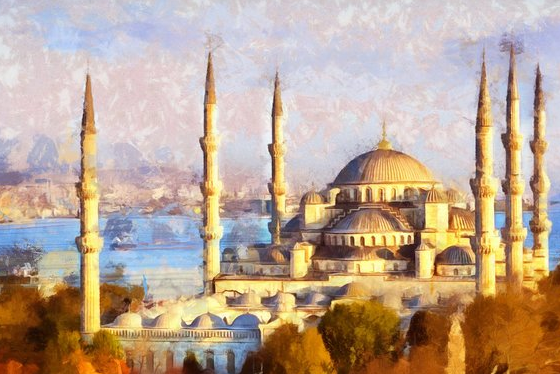 Hindus live in many different countries alongside many societies. And they manage to do so peacefully. They are not in conflict with any of them. On the other hand, the Muslims are in conflict with every other culture and society in the world. They do not seem to be living in peace with anyone. Where there are no Muslims, they fight with themselves. The situation is same everywhere from Afghanistan, Pakistan to Arabia and Africa. Why is this so?

This is because intolerance is at the root of Islam. It has been repeated in the Quran ad nauseam, that non-Muslims have to be either converted to Islam, or killed, or tolerated in an inferior position under the oppressive tax of Jizyah. More than seventy such Ayats exhort the Muslims to do so. The results are for everyone to see.

It is no longer the world of swords and daggers. It is the age of science and technology and in that the Muslim world lags far behind. As all the Muslims in the world have been converted with force, shouldn’t this process be reversed now? This is not a secret. Islamic historians boast with pride how Islam and Muslims invaded other countries and wiped out their native religions.

Criticism should lead Muslims to retrospection and not intolerance. No political ideology is eternal. The post of Caliphate was abolished by Muslims themselves. In 1924, Mustafa Kemal Ataturk himself said that Islam and the Quran are ‘dead’. And he was a modern Muslim leader. He also abolished the Shariat law, Arabic language and Islamic dress.

It should be remembered that Kemal Pasha was very popular in those days. Jinnah was also a fan of Pasha. The biography of Pasha Grey Wolf: Mustafa Kemal was Jinnah’s favorite book. Everyone knows Jinnah was concerned with Islam. He opposed the Mullahs and the Maulvis. (Had Gandhi not entered politics and not insulted and ignored Jinnah, things might have turned out differently.)

The cry ‘Islam is in danger’ is no more valid now. Things cannot be stalled by saying ‘this is not allowed’ anymore. Taking such an attitude will mean a rejection of all knowledge created by non-Muslim philosophers and all scientific, technological, cultural and political achievements made by non-Muslim civilizations. The fundamentalist Muslims are fighting a lost war. To keep blaming America, Israel etc. will not work anymore.

The frustration owes to the fact that Islam, which was the ‘Only True Religion’, has still not come to dominate the entire world. The hated Kaffirs who should have been destroyed by now, are actually excelling in all fields. All the major inventions in science, technology, luxury, entertainments etc. today are the gifts of Europeans and Americans. Muslims the world over keep using these facilities. But instead of being grateful for these gifts, they blame their creators. This is the main reason behind the fundamental disturbance that plagues the Muslim societies today. It is impossible to reconcile fourteen hundred years old superstitions with today’s reality. This is the reason for the unrest in Muslim civil society.

It is not possible to solve this in a battlefield. Muslims have to accept equality with others on the basis of humanity. It is also true that despite the differences amounting to religion, nationality, language etc. all are human beings. Human beings were there before Islam and they will be here after Islam. They were once converted to Islam, and they will one day leave it.

Had this not been the case, it would not be necessary to murder the poets, authors and artists who were critical of Islam. Freedom is human beings’ basic nature. Are Muslims allowed to leave Islam? Are they allowed freedom of thought and expression by abandoning Islamic restrictions? Jews, Hindus, Christians, Buddhists and Jains all have this freedom. They are also allowed to leave their respective religions. If the Muslims don’t have this freedom, then Islam is nothing more than a jail. To get freedom from it is a human need. It is not anyone’s insult.

This is not something which has never been done. Mustafa Kemal Ataturk did this. Many Muslims who now live in Europe and America are virtually free of Islam. They have abandoned most of the Islamic rituals and ways of life already. They follow only those rules which suit them. This freedom is fundamental which should be available to everyone, even to the Muslims in Islamic countries. Right now, there is no freedom in these countries. This is the reason for the violence, the destruction and the backwardness which is prevalent there.

Things can be put in context by comparing India and Pakistan. Except Islam there is no fundamental difference between the two countries. That is why one has to ponder over the vastly different trajectories that the two countries took after independence. One will find that most of the death and destruction that is found today in Pakistan has its root in Islamic fundamentalism.

Islam and freedom of expression are inversely related. Freedom of expression helps develop tolerance. Islamic fundamentalism breeds intolerance, violence and superstition. Violence always increases in an Islamic society because the Islamic demand for purity is endless. It is impossible to satisfy it. Just like Arif Mohammed Khan says, every Muslim institution calls another Muslim institution as Kaffir.

We can also see that those who criticize Islam actually never hurt Muslims. They always had good intentions towards individuals Muslims. Dayanand Saraswati, Vivekananda, Shri Aurobindo, Tagore, Ram Swarup, Sita Ram Goel, Shrikant Talageri, Koenraad Elst etc. have all criticized Islam and all have followed a very non-violent life. On the other hand, those who pay lip service to Islam, like George Bush, Obama, Saddam, Khomeini, Baghdadi, Taliban, Jamat-ul-Dawa, Lashkar-e-Toiba, Jaish-e-Mohammed, Hizbul Muzahiddin, Islamic State etc. have killed lakhs upon lakhs of Muslims. The Muslims should pay attention towards this.

The fact that truth about Islam is still not in the open is the fault of the secular professors, writers and editors who kept a virtual ban on any kind of criticism of Islam or its history. These are the people who suppress the voices of truly moderate Muslims who want to speak out against Islam. The secular professors, leaders and intellectuals of India are actually guilty of the violence that has been recurring in India in the name of Islam. They took the side of Shariat and suppressed humanity.

For the sake of humanity, it is necessary to criticize the theory and practice of Islam. Only the intellectual prison that makes possible the creation of Jihadis and terrorists will be broken. It teaches the Muslims to kill others by calling them Kaffirs. This intolerance and Jihadi terrorism is primarily an intellectual problem. It can be cured by curing the Muslim psyche.

The Muslim society is a subset of humanity. There is nothing wrong in it. Muslims will have to think about giving equal rights to non-Muslims. This can only be done when they rise above religion.

[Translated into English by Pankaj Saxena.]

Is Pakistan the Ideal of Indian Muslims?
The Case Against the Mughals
Hagia Sophia and the Return of Islam