In this short essay, Khalid Umar argues that it is the fault of Nehruvian Congress that Baluchistan is today a province of Pakistan. Based on a claim by Baluch historian Hakim Baluch he claims that the Khan of Kalat had offered to accede to India but India declined. India also was not interested in an independent Baluchistan. Though the major Congress leaders denied this, but Hakim Baluch claims that AIR did air the news that the Khan wanted to accede to India. Umar argues a roadmap for future too in this very interesting essay. 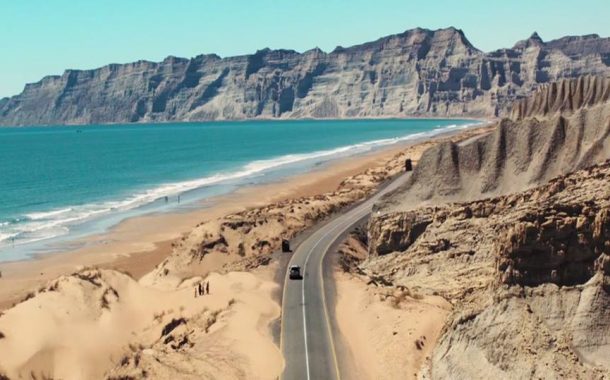 In a way India is responsible for the mass graves, torture and killings of hundreds of thousands Baluch at the hands of Pakistan’s Army since 73 years. Baluchistan lost its freedom due to criminal neglect of the Indian leadership of Congress.

Not many people know that after the British left India, Kalat was independent for nearly seven-and-half months until the Pakistani military occupation of March 27, 1948.

The Khan of Kalat (Baluchistan) acceded to India to avoid Pakistani occupation, but it failed due to myopic vision and ineptitude of Nehru and the founding fathers of India. London-based think-tank ‘The Foreign Policy Center’, FPC, concurs that the Baluch were let down not only by the British but also by the founding fathers of India. Here is the story.

It was 27 March 1948. A broadcast on the All-India Radio from that day, changed the fate of the Baluch as well as India too. The news reported a press conference by VP Menon, the secretary in the Ministry of States: “Menon revealed that the Khan of Kalat was pressing India to accept Kalat’s accession, but added that India would have nothing to do with it.”

Hakim Baluch, a former chief secretary of Baluchistan, an author and a historian, who has written several books on Baluchistan, confirms that All India Radio did indeed broadcast Menon’s statement.

The very next day, Sardar Patel issued a contradiction that no such request from the Khan of Kalat was ever received by India. Again on March 30, 1948, India’s Prime Minister went to great lengths to deny what Menon had said. The Khan of Kalat too denied the report, but by this time, the fate of Baluchistan had been sealed.

While Indian leaders were issuing contradictory statements, on 27th March 1948, Pakistan military had invaded Kalat. The Khan of Kalat was forcibly taken to the capital of Pakistan, Karachi and was made to sign on the instrument of accession while Pakistan Navy had reached the coastal towns of Pasni and Jiwani.

It is a sad historical note that while India’s founding fathers were fumbling, Pakistani PM Liaqat Ali Khan (who was a Nawab from UP) was meeting the three Services Chiefs on 22 March 1948 to oversee the invasion plans of Kalat and Makran.

The Khan of Kalat tried his best to retain the independent status of his state. He tried for an arrangement with both Iran and Afghanistan as well as with London on the lines that the UK had with Oman. While Pakistan was waging a war in Kashmir in 1948, Khan of Kalat was pleading India for accession. Even in March 1946 he sent his top leaders including Mir Bizenjo to Delhi who met Congress president Maulana Abul Kalam Azad to seek India’s support for an independent Baluchistan.

Ghaus Bizenjo confirmed to Ahmar Musti khan (a senior Baluch journalist based in Washington) that Azad ruled out any help to Baluchistan as he believed an independent Baluchistan, serving as a British base, would undermine the independence of the subcontinent.

How tragically wrong were the rulers of India then? Vikram Sood, former RAW chief wrote in an article in February 2006 in which he regretted that the new rulers in New Delhi were too engrossed with Kashmir and Hyderabad to see the strategic significance of a sovereign Baluchistan.

“While the Pakistan Army occupied Kalat, India stood by silently; Lord Mountbatten, Mahatma Gandhi, Nehru or Maulana Azad said nothing about the rape of Baluchistan” according to another Indian scholar Deepak Basu.

It is sad that the Congress leadership miscalculated everything and showed their criminal lack of statesmanship in 1948. Had they listened to the Khan of Kalat, even the jihad in Kashmir might not have occurred which created the AK issue, and the fate of the subcontinent might have been different.

Kalat’s full name was Kalat-e-Sewa (Sewa’s Fort), after Sewa, a legendary Hindu hero of the Brahui-speaking Baluch people. On August 15, 1947 when Jinnah recognized it as a free state, Kalat had a foreign minister named Douglas Yates Fell and an ambassador in Karachi’s Garden district on whose residence from August 15, 1947 to March 28, 1948, flew the flag of the independent Baluchistan.

India must help Baluchistan which is in the geo-strategic interest and defense of India. Engaging with the Pakistan’s criminal junta at all the possible international forums, helping a Baluch freedom movement by diplomatic and political means, creating mass awareness in the world’s capitals and Parliaments through media campaigns, would not only put pressure on the nefarious nexus of the state of Pakistan and China but would go a long way in redressing the historical criminal ineptitude of the forefathers of India.

Disclaimer: The opinions expressed in this article are the personal opinions of the author. Center for Indic Studies does not assume any responsibility or liability for the accuracy, completeness, suitability, or validity of any information in this article.