Ik Onkar: Sikhism and the Message of Oneness

In this well researched article, Sirjan Kaur analyzes the claim that Sikhism is monotheistic or not. Delving into the fundamental definitions of the greatest symbols of Sikhism, she says that the idea of ‘Ik Onkar’, the spiritual principle which advocates the concept of Oneness, with the light that pervades the entire universe and the light found within us proves that Sikhism is not a monotheistic religion. 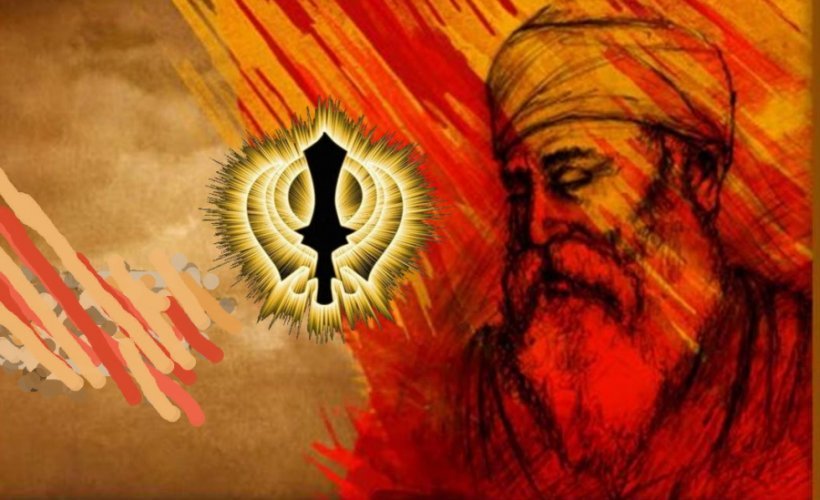 Among many other things, India is known as the land of Dharma, and numerous traditions have contributed to the forward march of Dharma. It has borne the seeds of various traditions, and Sikhi is one of them.

Sikhi originated in 1469 AD with the birth of Guru Nanak Dev ji. Despite it being a relatively new tradition (just 550 years old), a considerable amount of people remain unaware of its tenets of philosophy.

To begin with, it’s important to highlight the meaning of the word Sikh. It denotes a person who is a learner, the one who goes into the refuge of the Guru, the worthy, the dispeller of ignorance & the torch bearer of knowledge, and becomes a disciple of the Guru.

For long, the non-Western traditions have been subjected to interpretation through the use of the Western gaze. This practice has led to production of such ideas that whitewashes their true essence. This idea of God as a distant entity, as someone situated far away from human reach characterises the Abrahamic religions. We have increasingly witnessed the idea of monotheism being used to characterise Sikhi. On the contrary, it proposes the idea of ‘Ik Onkar’, the  spiritual principle which advocates the concept of Oneness, with the light that pervades the entire universe and the light found within you.

Amongst all is the Light-You are that Light. (Ang 13, SGGS)

I am a sacrifice to Your almighty creative power which is pervading everywhere. (Ang 469, SGGS)

It prescribes that there is a Supreme force, responsible for the creation of this universe, for everything within and beyond it, implying that the Supreme resides not away, but within us.

You are constant in each and every heart, and in all things. O Dear Lord, you are the One. (Ang11, SGGS)

The Lord is here at hand – do not think that He is far away. He always cherishes us, and remembers us. (Ang 498, SGGS)

The Supreme, as described in Sikhi, is formless (Nirankar) which cannot be limited to a particular size, shape or form. Yet, on the virtue of the Supreme’s existence in all beings, it has hundreds and thousands of forms.

It has no form, no shape, no color; the Supreme is beyond the three qualities. (Ang283, SGGS)

The formless Supreme is further described to have multiple names(Hari, Allah, Gobind, Gopal etc), owing to its multiple qualities, but no single name can capture its infinite essence.

Sikhi does not believe in the idea of Original Sin. Instead, it maintains that human life is a golden opportunity for a person to achieve oneness with the ‘ik’ by meditating upon it in the company of the Guru and the holy persons (Sadh Sangat). In other words, each soul is potentially divine.

You have been blessed with this human body.This is your chance to meet the Lord of the Universe.

Other efforts are of no use to you. Joining the Saadh Sangat, the Company of the Holy, vibrate and meditate on the Naam, the Name of the Lord. ||1||

Now, quite naturally, one may raise a question that if the Supreme exists within and everywhere around us, then how can it be so difficult to achieve union with it?

To this, Sikhi answers that there is no doubt about the universal existence of the Supreme, but what acts as a barrier to us achieving oneness with the ‘ik’ are the five vices- kaam(lust), krodh(wrath), lobh(greed), moh(attachment), ahankara(ego). But, in accordance with its reformist nature, Sikhi has put more emphasis on the concept of five virtues sat(truth), daya(compassion), santokh (contentment), nimrata (humility), pyaar (love) that help us break the veil of Maya and lead us on the path of achieving eternal bliss.

They plunder the Nectar, but the self-willed manmukh does not realize it; no one hears his complaint. (Ang 600. SGGS)

One who contemplates the Lord’s Virtues is spiritually wise. Through His Virtues, one receives spiritual wisdom.(Ang 931, SGGS)

These virtues, it must not be forgotten, are realised only in the refuge of the Guru, the ship that helps one to sail through the worldly ocean of darkness, to one’s destination of unity with the Supreme.

The Guru is the boat to cross over the terrifying world-ocean. (Page 864, SGGS)

Today, we are witnessing two phenomena, one being the estrangement of a majority of people from spirituality, and the other being viewing Sikhi from a Western lens. Both are extremely worrying developments. The only possible solution is taking the lofty spiritual principle of ‘Ik Onkar’ to the masses.

In my belief, only this principle can help us realise that the light shines within us, it’s for us to discover and realise. Recognising and understanding this principle is going to take us into the sanctuary of the one who was true, has been true throughout ages, is true and will continue to remain the eternal truth.

Beyond Saussure and Derrida: Bhartrhari’s Holistic view of Language
Why do Muslims attack Dargahs?
उदीयमान राष्ट्रदृष्टि – 4 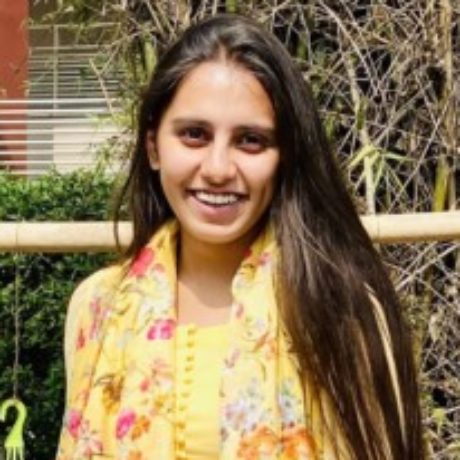 Sirjan Kaur is currently pursuing her graduation in Philosophy from University of Delhi. She has a keen interest in Sikh history and philosophy.