Bonding to the Land: A Pagan view of Ecology

In deep ecology, bonding to the land is the first condition for an ecologically sane society. “The first thing to do is to choose a sacred place and live in it.” So advised Pawnee tribe elder, Tahirussawichi, to writer Dolores LaChapelle. The Pagan pact with the land can be regarded as what is today called bioregionalism. Relation to a place perceived as sacred is not, however, possession of place; in fact, such relationship impedes the drive to possess. Native Americans frequently insist that they belong to the land, the land does not belong to them. 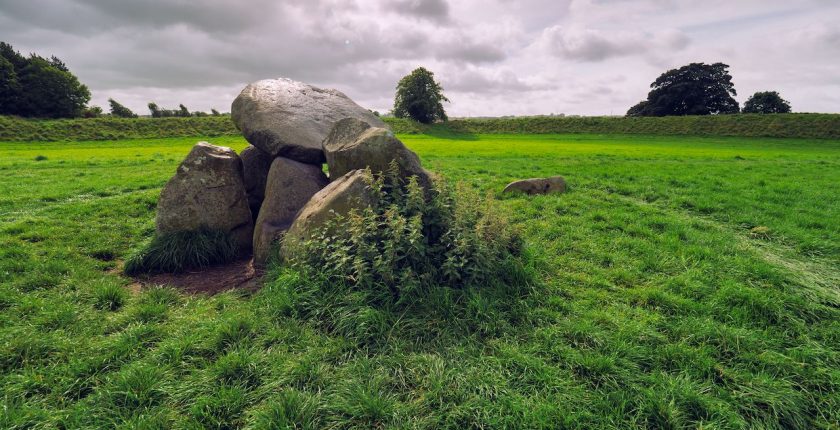 In Roman times, a pagus was a rural district, usually identified by a land marker or boundary stone. In Egypt all the land on both sides of the Nile was organized into local districts called nomes, each with its totemic animal and attendant symbols. The priests who conceived and implemented this system did so from their perception of the innate character of the inhabitants.

The nome system was an apportionment of local resources by the leaders of the Mystery Schools. (Aristotle famously attributed to Egyptians the invention of the sacred art of geometry as a technique for land measurement.) In Greece the countrywide boundary markers were called hermae, upright pillars carved in the likeness of the ecstatic god Dionysos, usually shown with an erection. In this way Mystery School teachers acknowledged to the locals their recognition of natural fecundity, the plenitude of the Great Mother, as the object of indigenous religion.

The erect hermae did not glorify the male power of procreation but acknowledged the grounding of human sexuality in telluric forces. Pagani were country dwellers, by contrast to the urbani, inhabitants of large cities such as Alexandria, Athens, or Rome, yet the city folk were also Pagans in the more comprehensive sense of the word. In colloquial Latin usage, a paganus was a peasant, a villager, said without a derogatory or dismissive spin.

Partridge links the etymology here to the Latin verb pangere, “to stick something (in the ground).” This suggests that not only the local boundary markers, but the country folk themselves, were grounded in the place they inhabited. Pak-, the Indo-European root of pangere, gives us the word “pact.” This derivation suggests that people who are implanted in the place they inhabit have a pact with the land, a moral commitment to the environment.

Julian Jaynes, who noted wryly that “civilization is the art of living in towns of such size that everyone does not know everyone else,” observes that the Hittite word pankush, derived from the same root as pangere, means “community.” This association implies that bonding to place makes community possible, not only by sharing the resources of the place, but by delimiting what is to be shared. Hence the importance of “the commons” in all human-scale societies.

Paganism may be defined as the primary orientation of society to the natural world and habitat, where both are perceived holistically. Historian Garth Fowden writes: “The polytheist envisaged his native place as a unique whole defined by geography, climate, history, and the local economy, as well as by the gods who particularly frequented it, ensured its prosperity, and might even assume its name. No part of this identity, a delicate inverweaving of divine, natural, and human …could be subtracted or neglected without impairing the harmony and viability of the whole.”

In the Pagan sense of life, culture is organically situated in nature. The term “Pagan roots” is redundant, because Pagans were by definition people rooted in the place they inhabit. Fowden notes that Pagans were immersed in “that distinctive understanding of divinity that comes through dwelling together with the gods in a certain place, a precise local knowledge that no distant prophet could or would ever make into a scripture.”

In deep ecology, bonding to the land is the first condition for an ecologically sane society. “The first thing to do is to choose a sacred place and live in it.” So advised Pawnee tribe elder, Tahirussawichi, to writer Dolores LaChapelle. The Pagan pact with the land can be regarded as what is today called bioregionalism. Relation to a place perceived as sacred is not, however, possession of place; in fact, such relationship impedes the drive to possess. Native Americans frequently insist that they belong to the land, the land does not belong to them.

In its reverence for nature the Pagan religious outlook honored and encouraged empathic bonding of person to place, not divinely ordained possession of the land. Mountains, hills, grottos, wells, rivers, all were sacred, not because any doctrine declared them to be, but because the experience of the peoples native to a particular locale was grounded in a direct and sensuous revelation of divinity. Theirs was a mystical participation in the Other, free of intellectual or doctrinal filters.

Ancient bioregionalism, in Europa as well as in the Americas, was not superstitious folly, but a genuine, lived animism. It was a world in which, as the initiate Plutarch wrote in his essay, The Sign of Socrates, “every life has its share of mind and there is none that is wholly irrational or mindless.” Empathic connections between people and their environment are intimate, highly subjective, and difficult to record. Most of European history transpired when the indigenous populations of the Americas lived without written history but in deep participation in time and place. The fact that there are no written records of their experience does not make it any less important in the evolution of the human species. Again, the parallel to the pre-Columbian natives of the Americas, as well as to far-flung peoples such as the Australian Aborigines, is obvious.

In Nature and Madness anthropologist Paul Shepard observed that “the real difficulty with the discussion of the relationship of history to place is that the question is framed in an historical mode which has already decided the issue.” The same applies to determining the origin of the Mysteries, for the Mysteries arose from the relationship of humanity to place experienced as a sacred connection, before any particular history was written.

In the frame of the redeemer complex, God the Father gives the righteous ones (“Chosen People”) possession of specific territory (“Promised Land”) and even dominion over the entire earth. But in this belief system the earth is not sacred in its own right, and what matters in religious terms is the connection to the off-planet deity who confers dominion over His creation, nature. The “historical mode which has already decided the issue” of how we describe our species’ relation to the natural world is the patriarchal narrative of the Abrahamic religions, the People of the Book. This is the particular and preclusive narrative that presents the history of Western civilization. As long as this directive script prevails, it is impossible even to discuss the transhistorical, deeply ecological vision of human experience taught in the Mysteries.

Source : Not in His Image – John Lamb Lash

Vedic Gods: One God: Many Gods: Advaita - Part I
Why Don't Hindus Stand Up Against Anti-Hindu Anti-India Agenda?
Most Popular Articles of October 2021