The ‘Islam’ in Islamic Fundamentalism 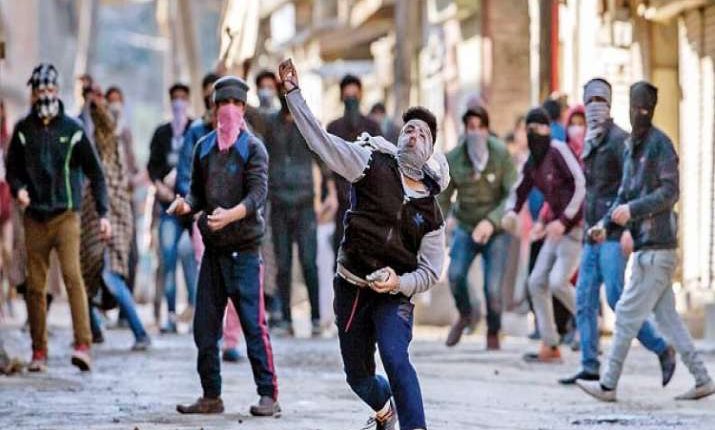 Syed Shahbuddin, a prominent Muslim intellectual and the editor of ‘Muslim India’ magazine, around two decades ago, wrote about the state of Muslims in the world. In his own words:

“The Islamic world is politically unstable, militarily spineless, economically static, technically primitive, socially superstitious and decadent. Muslims are seldom seen as intellectuals are nowhere to be seen in the arena of science… on the other hand, the Muslim psyche sings paeans to the glorious Islamic past of prosperity and strength.”

“From the beginning Islam has been imagined as a religion which will destroy all other religions. There is no version of Islam in which the Muslims can live peacefully and happily as a minority. A Muslim majority country can have no secular constitution because a devout Muslim can never be a humanist.” (The Muslim Dilemma in India)

These two quotes show that Islam has some fundamental problems in co-existing with others. It rejects democracy and co-existence. Like Communism, Islam also wants sole domination of the world. In the modern age this dream of Islam was penned down by Mohammad Iqbal in ‘Shikva’ and ‘Javabe-Shikva’ (1913)

Neglecting this basic cause, secularists like Sachar and various Muslim leaders consider discrimination as the reason behind the backwardness of the Muslim society. ‘Facts’ are then made to fit this premeditated opinion. Looking at the world we find that there are 57 Islamic countries in the world. Many of them are prosperous. Their secret is petro dollars. The global Muslim population is around 2 billion. With this number, these resources and strength, they also have a feeling of universal brotherhood.

So if the reason of the backwardness of the Muslim society in India is discrimination, then what is the reason of many of these Islamic countries being poor? In these countries, it is the non-Muslims who live with serious disadvantages. Even then the Muslim countries do not excel in either knowledge, trade, arts or literature. This proves that the allegation of ‘discrimination against Muslims’ is false.

For centuries, the Muslim world has not contributed positively to human civilization. Those who want to list the historical achievements of Muslim intellectuals are short of names. In many of these spheres, it is the Indian Muslims who have achieved something. In India nothing stops the Muslims from achieving higher goals in science, trade, social service, literature, arts etc. from Mohammed Rafi to Azim Premji to Abdul Kalam, no Muslim country has produced such gems.

There is only one reason behind the backwardness of the Muslim society and the abundance of terrorists amidst them. The culprit is their religious fundamentals and their religious leadership. And their society is not ready to even start discussing these problematic issues. Listen to the sermons on Jumma; pay attention to what is being taught in the madrassas. There is nothing related to science, philosophy, arts and business in these teachings. In such conditions, even if the Muslim community wants to catch up to the Hindu community, there are a lot of religious hurdles in achieving that goal.

The ideology which turns everything into a religious problem; which has centuries old answers to novel questions is nothing but a hindrance in free thinking. This is the reason that Indian Muslims excel in comparison to the Muslims living in Islamic countries. The welcome touch of Hindu society and its culture of free thinking opened many new vistas for them.

Pakistani music is a pure gift of Hinduism to Islam. Saudi Arabia can never produce a Mehdi Hassan or a Suraiyya. Because music is Haram in Islam. Photography is heresy. Singing or film-making is a crime! That is why there are no Arab names to be found in Grammy Awards of Oscar Awards. Is this the result of discrimination?

Their leaders are wont to issue fatwas on every little thing. It is these issuers of fatwas who destroy the lives of lakhs of Muslim women every year. What will the children of these Muslim women become while growing up?

Most of the fatwas are ridiculous, but they are grounded in the fundamentals of Islam. That is why the common Muslims abide by these fatwas. Some of the questions which trouble the religious mind of the Muslims are: What is impure in a dog? His saliva? Or the entire dog? Is it okay to urinate while standing? Can a Muslim man marry the mother of his wife and then keep both of them in the same house?

Shahbuddin was right. The Muslims are severely limited in their vision and their attitude is atavistic. Their ideals are fourteen hundred years old. This is the reason that the products of these madrassas are seldom fit for modern jobs. The only thing they can do is to preach Islam and create more like them. Who is responsible for this wasteful process? Ghalib would have said: “Who can guide the Messiah!”

Instead of making them understand reason and logic, all political parties and leaders kept appeasing the Muslim community, for fearing the wrath of the ulemas and for consolidating their vote bank. ‘Minority’ is the code word which was used to make the Muslims secessionists. Separate education system, separate law, separate ministries, even separate banks were created for them. They were given a state within a state. In no other country, has such a blatant mockery of Constitution has been made.

But we have to remember that the Muslim community cannot be appeased even by giving them a separate country. Pakistan is a living illustration of this. It is now living on the scraps thrown by China and the USA. Apart from its geopolitical use, there is no country in the world which wants friendship with Pakistan. What is the reason behind this sorry state of Pakistan? India obviously did not go down that way, even though Pakistan was a chunk separated from this India, and this chunk was ruled and governed exclusively by Islam. The result is for everyone to see.

If we ignore the rhetoric, then the Indian Muslim is living a better and more normal life than his counterparts in other Islamic countries. But this is possible only when they live in harmony with the Hindu society. The more they differentiate themselves from Islam, they more backward they will become.

If Muslims want progress, peace and a normal life, then will have to reject Islamic fundamentalism. If not today, then tomorrow. There is no other way. Today even the Saudis are realizing that this way lies the better life.