When The Journey To Happiness Throws Two Paths

Almost every thinking Indian must have had this dilemma at least once in his mind: whether to enjoy life or to pursue the Ultimate Truth and devote one’s life to knowledge. Nithin Sridhar in this brief piece answers this question. 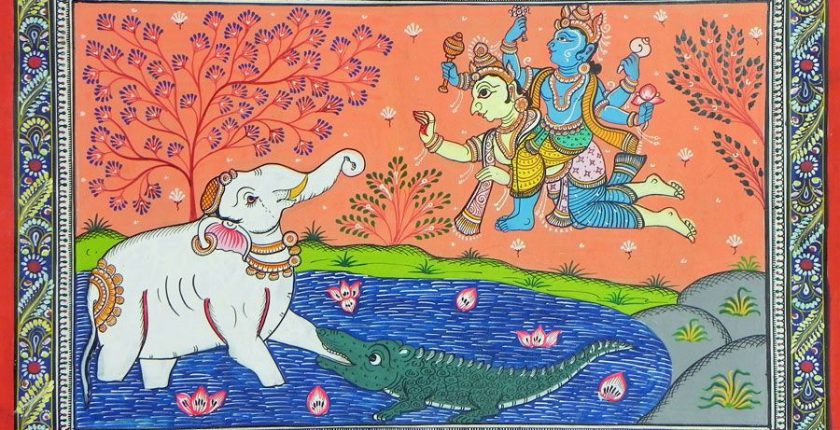 A person’s action is directly or indirectly aimed at achieving happiness or sukha. There are two ways he can live his life. He can either spend his life pursuing desires, ambitions and happiness in the external sensory world, or he can turn-away, in search of eternal everlasting bliss.

To seek the former, people work hard, pursue careers, earn money and fame, and make a family, to lead a happy life. However, one never finds contentment, and without it, one is always running behind objects which he perceives as source of happiness. The physical-sensory world being temporary and ever changing, happiness is never accompanied by contentment. A person in this path always ends up in disappointment and sorrow (dukha). This path, leading a person to a never ending cycle of sukha and dukha, is pravrittimarga.

To seek the latter, a person develops an understanding of the external world. He understands that it is temporary in nature. It is viveka. He turns inwards in pursuance of ananda — eternal bliss. With the development of viveka, a person becomes detached and content with whatever the physical world offers him. He neither gets agitated with the dukha the world offers, nor becomes indulgent in sukha. This path, leading to ananda, is nivrittimarga.

Most people assume that pravrittimarga is the path of householders and nivrittimarga, of sanyassins (renunciates). But this may not always be so. According to shastras, there are four purusharthas (goals) of life- dharma, artha, kama and moksha. A person in pravrittimarga pursues materialistic desires (kama) and prosperity (artha), and a person in nivrittimarga pursues moksha (liberation). Dharma is the common element. A person does not become nivrittimargi just by the virtue of his giving up the external world. As long as he has the notion of I-ness (ahamkara) and mine-ness (mamah-kara), and there are traces of desires in his mind, a sanyasi will remain pravritti margi. On the other hand, a householder will become nivritti margi by giving up doership of action, even while performing worldly responsibilities. Tyaga/giving up is not “inaction”. It is performing karmas by giving up doership of such performances.

Pravrittimarga is about indulgence (bhoga/bhukti) in sensory objects, but indulgence, is within the confines of dharma (righteous duties). The actions performed here are “kamya/with specific desire”. Indulgence becomes “over-indulgence” when one forgets dharma due to his attachment (moha) for kama and artha, and this, in turn, leads one to great suffering.

Nivrittimarga is about turning away from sensory objects — towards the inner self (atman), in pursuit of jnana and moksha/mukti, while performing worldly duties in a “nishkama karma/actions without desires”.

Liberation from the cycle of birth and death (moksha) is not possible without atmajnana (self realisation). Any spiritual goal is unattainable without sadhana. A person desiring atmajnana must first develop adhikara/competencies that make him eligible to practice the sadhana. According to Adi Shankaracharya, qualities that make one eligible for the practice of jnanasadhana required to attain atma-jnana, are viveka, vairagya, shatkasampatti and mumukshutva (Vivekachudamani, Verse 17).

Viveka represents the knowledge to differentiate between nithyam (eternal) and anithya (temporary). The Brahman/God, who is Sacchidanandaswaroop, is nithya and the ever changing world, which has a srishti (creation) and laya (dissolution), the whole manifestation is anithya. A person must first learn to discriminate between the two. Vairagya refers to dispassion/detachment towards the sensory objects. When a person realises that sensory objects give only temporary happiness and not eternal contentment, he develops dispassion towards those objects. Only vairagya can make a person pursue the path towards brahman.

Shatkasampatti refers to the six-fold qualities — shama, dhama, uparati, titiksha, shraddha and samadhana. Shama refers to control of mind, and dhama, refers to control of five senses. Uparati comes when shama and dhama are perfected. Uparati is a state when the mind remains drawn away from external world and remains fixed on God spontaneously. Titiksha refers to “absence of anger/revenge”. It is a state wherein a person does not feel anger or revenge towards anybody else. This is possible only when one understands that happiness and sorrow are results of one’s own past actions, and it is futile to blame others. Shradha refers to faith in the scriptures and in one’s guru. Samadhana refers to one-pointed fixing up of mind on brahman. Finally, mumukshutva refers to the burning desire for moksha.

A person desiring to travel nivrittimarga should work towards achieving these qualities. Without it, he will not be able to achieve atmashakshatkara. He must learn to surrender the action, doership of action and the fruits of actions. Then, he must try to give up his ahamkara and mama-kara. He must recognise his dharma and perform it with nishkaama attitude. He must become a stitah-pragya, a person unaffected by external stimulus — neither by praise nor by denunciation. In other words, sincere practice of pravrittimarga by adhering to dharma would help one to slowly attain eligibility to practice nivrittimarga. If a person is neither eligible to practice nivrittimarga, nor chooses to practice pravrittimarga by adhering to dharma, and becomes instead, a slave to his senses and desires without caring for righteousness and duties, he would end up in great suffering.