The Doctrine of a Dead Man – A Pagan View of Christianity

Gnostics saw in the Jewish messiah—the Zaddikite figure that later morphed into the Christian redeemer, Jesus Christ—a counterfeit revealer and a bogus model of humanity. His claim to exclusivity as the “only-begotten Son of God” was simply a lie intended to set up an authority that could not be challenged by mere mortals. In the tradition of the Mysteries, revealers appear periodically through the ages to enlighten and teach. 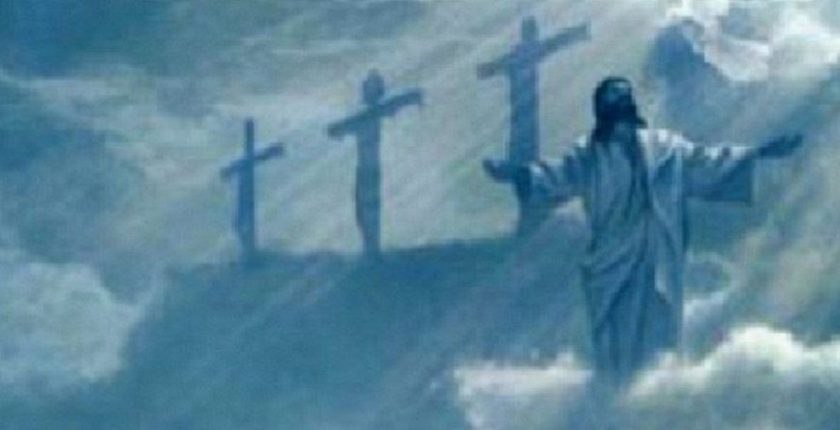 The deep, startling impact of the Nag Hammadi material becomes evident when the codices with salient anti-Christian elements, such as The Second Treatise of the Great Seth, are compared to the salvationist doctrines common to Judaism and Christianity, whose larval form is found in the Dead Sea Scrolls.

Once its key features are detected, the Gnostic protest against Judeo-Christian redemptive religion stands out more and more clearly as an informing motif of the entire corpus.

Repeated reading, research, and comparative studies bring out the true grain of the radical Pagan argument of “the children of Seth,” as the highest initiates of Gnosis called themselves. Seth is one of the sons of Adam whose history is almost entirely excluded from the Old Testament after a brief mention in Genesis 4:25: “And Adam knew his wife again; and she bare a son, and called his name Seth: For God, said she, hath appointed me another seed instead of Abel, whom Cain slew.”

Gnostics believed they belonged to “another seed,” i.e., a spiritual lineage stemming from primal humanity (Adam and Eve), but distinct at the outset from Judeo-Christian sacred tradition.

Their argument against that tradition might be epitomized in a line from  The Second Treatise of the Great Seth (IV,1) where the Gnostic teacher protests against “the plan which they devised about me, to release upon the world their Error and their senselessness” (55.10). The teacher who speaks here would have been regarded as a phoster, a “light bearer” or “revealer.” This is a title for the illumined master in the Mysteries who preserves the sacred transmission of Gnosis, knowledge such as the gods enjoy.

Phoster is an exact parallel to Buddha, “the illumined” or “awakened one.” In the tradition of the Levantine and Egyptian Gnostics, the revealers are not superhuman avatars but superendowed human beings who possess extraordinary knowledge of natural and divine matters, and who demonstrate paranormal faculties. They are comparable to the vidyadharas, “knowledge holders,” and siddhas “accomplished ones,” of Indian mysticism and Mahayana and Tibetan Buddhism. The Sanskrit siddha is cognate with the Greek adept, from adepsci, “to be accomplished,” “trained.” Siddhis are paranormal powers such as clairvoyance, clairaudience, and lucid dreaming.

Let’s recall that the redeemer complex, the core of the three Abrahamic religions, has four key components: creation of the world by the father god independent of a goddess; the selection and testing of the righteous few or “chosen people”; the mission of the messiah sent by the father god to save the world; and the final judgment delivered by father and son upon humanity.

A good part of the truly original material in the Egyptian codices is dedicated to refuting these components and ridiculing the beliefs attached to them. Gnostics considered the “Divine Plan” of salvationism, i.e., the manifestation of God’s will in the course of historical events, to be a grotesque distortion of the genuine spiritual lineage they represented. In their view, the divine love of the Pleroma, the transcendent gods, comes to expression in human revealers, who appear through the ages to teach and guide humanity. They posited an ongoing educational process for the enlightenment of humanity, a system of cultivating human potential and the awakening the genius innate to our species, but no plan of salvation as such.

Scholars call the perennial transmission of Gnosis by illumined teachers the revealer cycle. The revealer who speaks in The Second Treatise of the Great Seth warned that salvationism is a plan devised against the guardians of Gnosis, whose enemies “release upon the world their Error and their senselessness.” When the Zaddikite ideology of the Dead Sea Scrolls exploded into a mass religious movement after 150 C.E., teachers in the Mysteries disregarded their vow of anonymity and came out publicly to protest what they perceived as deceit and deviance in the salvationist belief system.

For Christianity to triumph, its adherents had not only to silence the Gnostics, but to destroy the millennial network of the Mysteries, and eliminate all evidence that it had ever existed. In the perspective of time, the protest of the Gnostic revealers returns to haunt the human mind—and perhaps awaken humankind to the source of its undoing.

Gnostic scholar K.-W. Troger estimates that one-third of the Coptic corpus is anti-Judaic. I reckon that anti-Judaic and anti-Christian elements combined amount to well over half of the material in the NHC. The Second Treatise is exemplary of the Gnostic protest against salvationism. It contains page after page of scathing attacks on Judaic and Christian beliefs and customs. It ridicules the biblical forefathers and castigates those who follow patriarchal religion, unable to see how it corrupts their very sense of humanity:

And Adam was a laughingstock, and Abraham, and Jacob, and David, and Solomon, and the Twelve Prophets, and Moses, and John the Baptist…. None of them knew me, the Revealer, nor my brethren in the Mysteries…. They never knew truth, nor will they know it, for there is a great deception upon their soul, and they cannot ever find the mind of freedom, in order to know themselves, in true humanity. (62.27; 63.34; 64.20 ff)

Point by point the Second Treatise attacks the core belief enshrined in the redeemer complex, “the doctrine of a dead man,” centerpiece of Christian theology. Time and time again it contrasts the salvationist redeemer to the revealers who both model and teach the Anthropos, the true identity of the human species. Gnostics saw in the Jewish messiah—the Zaddikite figure that later morphed into the Christian redeemer, Jesus Christ—a counterfeit revealer and a bogus model of humanity. His claim to exclusivity as the “only-begotten Son of God” was simply a lie intended to set up an authority that could not be challenged by mere mortals. In the tradition of the Mysteries, revealers appear periodically through the ages to enlighten and teach.

They are completely human, unlike the eerie, superhuman alien, Melchizedek, the power behind Christ. Each revealer has realized the true identity of human species, but the unique status (so claimed) of the superhuman Jesus Christ does not genuinely reflect such a spiritual attainment. For Gnostics, only a genuine, flesh-and-blood human being can model and teach humanity.

How 'Rich' was Mughal India?
ORIGINS OF THE DELHI IRON PILLAR
The Islamic Conquest of India