The Language of the Indian Mystics

There are several ways by which our mystic-authors may (and actually do) present the so-called ineffable. I can identify at least three broad ways by which they accomplish it. This does not mean, however, that the mystics have been lying or deceiving themselves when they have been claiming IME. I take the IME Ineffability of Mystical Experience doctrine to be a warning signal to the readers (or hearers) to alert them against a facile understanding (a misunderstanding) of what the mystics say, such an understanding being based upon a too literal interpretation of their words. The words of the mystics are generated by a flash of inspiration and a similar sympathetic feeling may be needed in order to fully grasp their message. 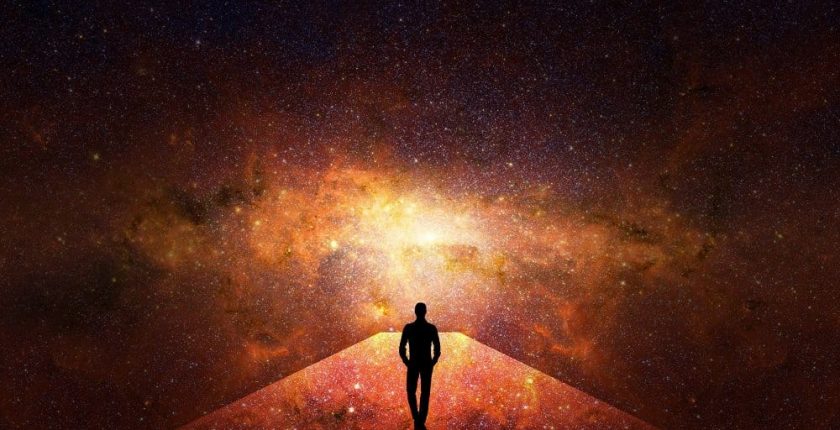 There are several ways by which our mystic-authors may (and actually do) present the so-called ineffable. I can identify at least three broad ways by which they accomplish it. This does not mean, however, that the mystics have been lying or deceiving themselves when they have been claiming IME. I take the IME [Ineffability of Mystical Experience] doctrine to be a warning signal to the readers (or hearers) to alert them against a facile understanding (a misunderstanding) of what the mystics say, such an understanding being based upon a too literal interpretation of their words. The words of the mystics are generated by a flash of inspiration and a similar sympathetic feeling may be needed in order to fully grasp their message.

If my beloved is with me, the scorching rays of the sun would be as cool as the moon. But if my beloved is away, the moonbeams are as scorching as the sun’s rays. (Translated from a Sanskrit poem.)

If we take the emotional content away, this becomes almost a nonsensical statement. But in the context of poetry, where the emotion is transmitted to the reader, this expression takes on a new cloak of meaning, which is both beautiful and enjoyable. The language of the mystics has to be contextualized in the same way.

Consider this improvised veṛṣion of the statement of an Indian mystic (Sri Ramakrishna Paramhamsa): ‘I am like a doll made of salt. I went to measure the depth of the ocean full of saline water. I was dissolved completely and became one with the ocean. How can I measure the immeasurable?’ Taken out of context, this story is banal. But when it is understood in the light of its metaphysical basis – the Advaita Vedānta’s thesis of the merging of the individual consciousness into the all-pervading Brahman consciousness – it assumes a different and profound significance for the disciple. The IME is thus a warning against trivialization of the language of the mystics.

Three broad ways used by the mystics of India to ‘express’ the ineffable were alluded to above. Of these, one is the use of metaphor or poetic language. This is perhaps the chief one and the other two may be subordinate to it. A mystic may be a poet and a poet may also be a mystic. A mystic-poet’s language is different from ordinary language. It conveys, as the Indian Dhvani theorists such as Ānandavardhana insist, more than what it says. The boundary of the effable domain is transcended by such poetic language and the mystics (e.g. the Upaniṣadic ṛṣi or sages such as Yājñavalkya and Uddālaka who were excellent poets) employ such poetic language to ‘break the barrier’ and reach the ineffable. A requirement of the Rasa-dhvani theory of Indian poetics is that the poets communicate their message (transmit the aesthetic pleasure to the mind of the reader) adequately, provided the readers are also Sahṛdaya ‘sensitive’ or poetically inclined. Similarly, the language of the mystics can be adequately understood by those who are also mystically inclined. In any case the poetic quality of the mystical writings of the Upaniṣads can hardly be denied.

The second method is the use of contradictory predicates to characterize the experience or what is experienced. The same method is reflected in the formulation of paradoxical statements or near paradoxes in the writings of the mystically inclined philosophers. Besides, there is a well-entrenched philosophical tradition in Jainism where the word avaktavya ‘ineffable’; ‘inexpressible’, is systematically interpreted as the simultaneous application of the contradictory truth-predicates to a metaphysical proposition, saying ‘yes’ and ‘no’ or, ‘it is’ and ‘it is not’ at the same time in the same breath in the same sense. (Thus Vidyānanda explains it as ‘the joint and simultaneous affirmation and denial’ and distinguishes it from ‘both affirmation and denial’.)

The idea is that we may affirm a proposition from one point of view or in one sense and also deny it from another point of view or in another sense. For example, ‘John does not drink’ can be affirmed when it means that John does not take alcoholic beverages, but denied when it means drinking ordinary (non-alcoholic) beverages, water, etc. This will be, for the Jainas, a combined affirmation and denial. The same point can be illustrated with reference to time. For it may be facetiously noted that John is in the habit of drinking only after 5 o’clock in the evening. A proposition with indexicals can be true at one time and false at another time, or true in one place and false in another, or even true for one person and false for another. But, for the Jainas, the ‘ineffable’ is a separate unitary truth-like predicate. It is applied to one that is both true and false at the same time in the same sense from the same point of view, that is, it should be affirmed and denied in the same breath. The Jaina logicians argue that since it is impossible to express in language such joint affirmation and denial made in the same breath, they call it ‘ineffable’. It transcends our ordinary mode of speaking. The truth-value here, we may say, can be shown but not said in the language. The expression ‘ineffable’ is only an indicator.

The third way of communicating or presenting what is ordinarily ineffable is to use the neti neti method or what is sometimes called negative dialectics. The simple meaning of neti is ‘No is the answer.’ The idea is almost implicit in the word ‘ineffable’ itself. Constructing a possible description or assigning a possible predicate to the mystical object, the mystic may then go ahead and negate it, and it is believed that if this is done repeatedly several times with a variety of possible descriptions, the general idea will get across. One may cite a number of Upaniṣadic passages dealing with Brahman as examples of this method. It was Yājñavalkya who for the first time used the nickname ‘neti-neti’ for this method, in the concluding part of his spectacular discourse on Soul or Brahman to his wife Maitreyī, in the Bṛhadāraṇyaka Upaniṣad (Ch. IV, Section 5). In his commentary on this text Śaṅkara explains that although the truth or the Universal soul or Brahman may be determined by hundreds of means, the final determination is through ‘not this’ and ‘not that’, i.e., through negation of all other possible characterization. In Yājñavalkya’s description, this is an experience where the subject-object duality completely collapses and merges into a unity, and hence it negates all characterizations that are ascribed from the dualist point of view.

The Mādhyamika Buddhist may also endorse this method. In fact, Nāgārjuna had described tattva – ‘that-ness’ or truth – in this way:

The characteristic of tattva is such that it cannot be instructed by others, it is not diveṛṣified by diveṛṣifying speech, devoid of thought construction, and non-dual in meaning.  (Madhyamakaśāstra, 18.9)

In the beginning of his Madhyamakaśāstra, Nāgārjuna characterizes the doctrine of dependent origination, the ultimate truth in Mādhyamika, by eight negative adjectives which take account of four contradictory pairs of positive characterization: ‘(Having) no cessation, no origination, no annihilation, no eternality, no single meaning, no multiple meaning, no arising and no going out of existence.’

This method, of course, brings us back to the previous method, to paradoxes and contradictions. In fact, the notion of negation here creates problems for ordinary logical discourse. For negation of the two opposite alternatives may land us in a contradiction, if the law of the excluded middle is seriously entertained. In fact, the notion of negation is one of the fundamental concepts of any conceptual scheme, but it is also one of the most controversial and ill-understood notions across a wide philosophical spectrum.

The discussion of IME, as well as of paradoxes and multiple-valued logic brings this problem to the fore. In talking about multiple-valued logic we obviously pay little attention to the law of the excluded middle. We tend to define contradiction and negation in a different way. If we tolerate paradoxes in a discourse (as the saying ‘paradoxes we live with’ shows), we allow contradiction at some level. The mystics believe in the instrumentalism of paradoxes, which, according to them, helps us to look beyond the normal domain of discourse.

[ Source : The Word and the World : B K MATILAL, Oxford University Press ]

The Nine Psuedo-Contentment in the Spiritual Path : A Samkhya Karika Perspective
तंत्र १ : भारत – एक आध्यात्मिक संस्कृति
The quintessential carvings of Konarak: where Architecture speaks the Language of Astronomy 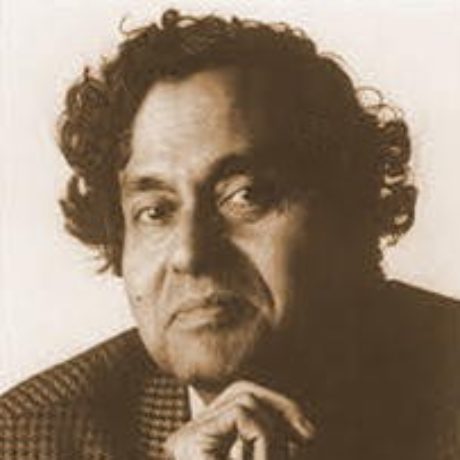 Bimal Krishna Matilal (1 June 1935 – 8 June 1991) was an eminent Indian philosopher whose writings presented the Indian philosophical tradition as a comprehensive system of logic incorporating most issues addressed by themes in Western philosophy. From 1977 to 1991 he was the Spalding Professor of Eastern Religion and Ethics at the University of Oxford.