The Redeemer Complex: The Religious Roots of Genocide – Part I

Humans may commit violence for many reasons, they may seek to oppress and dominate others for a variety of causes, but when domination by violent force, both physical and psychological, is infused with righteousness and underwritten by divine authority, violence takes on another dimension. It becomes inhuman and deviant. 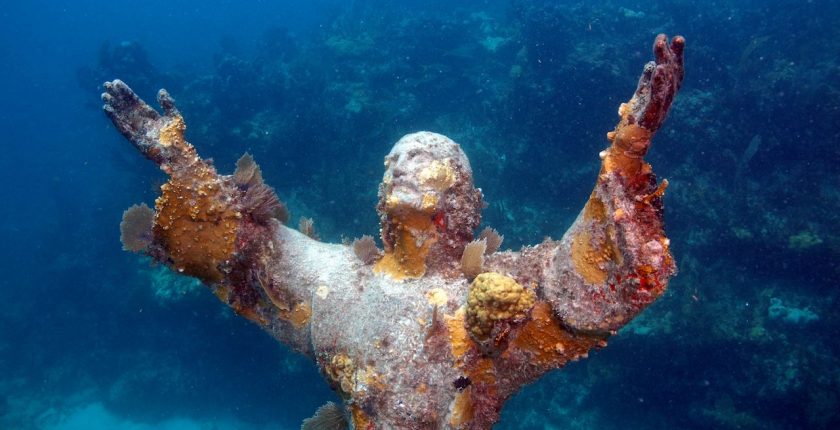 As Pagans, the gnostikoi rejected the belief that suffering has a redemptive value. As theologians, they refuted the claim that divine intervention could alter the human condition. By rejecting the superhuman savior and refuting salvationist beliefs, Gnostics drew a frontal assault from those who were formulating and enforcing the doctrines of the Judeo-Christian redeemer complex.

The brutal suppression of the Mysteries, the destruction of Gnostic writings, and the wholesale genocide of Pagan culture in Europe belong to the untold story of “Western civilization” and “the triumph of Christianity.” This is the story as it was lived by the “losers.”

To reclaim Gnostic wisdom for today and merge Mystery teachings with deep ecology —the dual intention of this book—cannot be done without looking closely at what destroyed the Sophianic vision of the living earth, and why it was able to do so.

The genocide of native culture in the classical world went on for centuries, but a cover-up has largely concealed this fact, and continues to this day. To expose the cover-up and reveal both the cause and scope of the destruction so wrought is the secondary, but no less important, objective of this book.

The redeemer complex has four components:

(1) Creation of the world by a father god independent of a female counterpart;

(2) The trial and testing (conceived as a historical drama) of the righteous few or “Chosen People”;

(3) The mission of the creator god’s son (the messiah) to save the world;

(4) And the final, apocalyptic judgment delivered by father and son upon humanity.

Orthodox Jews accept all four points of the complex, but do not recognize Jesus of the New Testament as their Messiah, who to this day has yet to appear. Christians follow the dictum of the apostle Peter who addressed converting Jews as “a chosen race, a royal priesthood, a holy nation, God’s own people” (1 Peter 2:9), thus, in one deft phrase, transferring the status of “Chosen People” from Jews to Christian converts.

In short, Roman Christianity adopted the larval or tribal form of the redeemer complex from Judaism, and transformed it into a universal (“catholic”) program of salvation. Differing views of these four components determine various factions of Judaism and Christianity as well as Islam, which also belongs to the trinity of Abrahamic religions, although it arose after the Gnostics were silenced, and hence did not figure in their critique.

Some Gnostics, such as Valentinus and Marcion, appeared to propose compromise positions on these issues, but the radical Pagan argument ruthlessly refuted all four points. Almost without exception, scholars and historians of religion today hold the view that the Gnostic movement arose within early Christianity: If this were so, Gnostic ideas would have merely been aspects of a vague kind of “Gnostic Christianity” that was gradually eliminated with the doctrinal definition of beliefs. But the evidence of the surviving materials clearly contradicts this interpretation.

Gnostic Christianity is a retrofit contrived by scholars whose religious convictions prevent them from seeing, and admitting, that the greater part of Gnostic material was diametrically opposed to the Judeo-Christian ideology of salvation.

For Pagans and Christians alike, the four components of the redeemer complex were not merely dry theological issues. The Gnostic protest against the redeemer complex aroused an enormous wave of violence in converts to the salvationist creed, as seen in the murder of Hypatia. She was a gnostikos, a Pagan intellectual from the Mysteries, targeted by the righteous rage of people who pinned their faith on the Divine Redeemer.  The mob that attacked her believed that their God had a unique way to overcome suffering, and this belief sanctioned them to inflict suffering to further His cause.

Belief in the redemptive value of suffering is the core dynamic of the violence, will to conquer, and genocide that drove the rise of Roman Christianity and released an ever-expanding wave of destruction across the planet.

Humans may commit violence for many reasons, they may seek to oppress and dominate others for a variety of causes, but when domination by violent force, both physical and psychological, is infused with righteousness and underwritten by divine authority, violence takes on another dimension. It becomes inhuman and deviant. Like countless others of her time, and in the centuries to follow, Hypatia was the victim of religiously inspired sectarian violence driven and fed by faith in the redeemer complex.

What kind of world results if the power to dominate and control others, inflicting enormous suffering in the process, is sanctioned by a divine being who can at the same time redeem that suffering and release the perpetrators and their victims from that world’s evils? Such was the diabolic system Gnostics found themselves facing after 150 C.E.

The Victim-Perpetrator Bond: The Religious Roots of Genocide – Part II
The Christian Destruction of Pagan Heritage
Vedic Gods: One God: Many Gods: Advaita - Part I