Indians, by and large, are unaware of the existence of the Sylheti-Hindus, tucked away in a remote corner of the North-East. They have survived many vagaries of history, including the loss of their homeland. Here is finally a book that provides one a comprehensive introduction to the rich and vibrant, but vanishing, ‘lifeworld’ of the Sylheti-Hindus. Sylhet is now a part of Bangladesh. Very few now know that Sylhet was home to a great Hindu community which had a distinct identity of its own – the Sylheti Hindus. The Sylheti Hindus have a distinct language of their own, as well as a different script which has now fallen in disuse. The Sylheti Hindus have now dispersed through Assam, Tripura and various states of India. The tragic thing about this diaspora is that they are under the danger of losing their unique cultural identity under ‘modernization’. Even more tragic is the fact that there is no effort from the side of the State or from even private cultural organizations to preserve the customs and traditions of the Sylheti Hindus for the benefit of posterity. The book discussed under this review is a step in that direction. 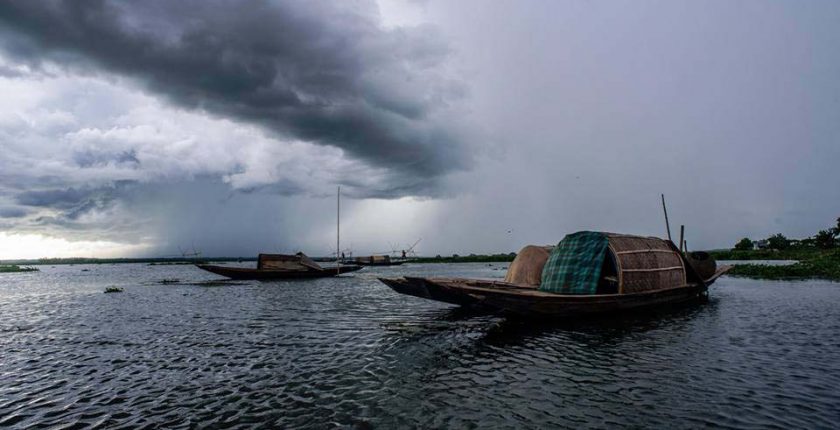 It is unlikely that you have ever come across a Sylheti-Hindu. That is, someone who speaks the Sylheti tongue and professes Hinduism. The statistical likelihood of you meeting a Sylheti-Hindu is slim since there are a rather small number of us left. I am a Sylheti-Hindu. Today, my people are to be primarily found in the northern part of Tripura, where I come from, and the Barak river valley of Assam. I can only guess, with some trepidation, how many of our kind might be left in Sylhet itself, our original homeland, now a part of Bangladesh.

‘Sylhet’ is a garbling of ‘Srihatta’. The proper name of the tongue we speak is, thus, ‘Srihattia’. We, Sylheti-Hindus, belong to the Vaishnava order of Hinduism. Our homeland was once a great center of Vaishnava learning and devotion. Sylhet fell under Muslim rule at the turn of the fourteenth century when the local ruler, Gour Govinda, was defeated by an army led by Hazrat Shah Jalal. The overwhelming majority of the Sylheti people are now Muslim by faith.

Coming to the colonial period, Sylhet was a district of Assam till 1947. As the partition plan was announced, a referendum was held in Sylhet and its population asked to choose between India and Pakistan. The result was in favor of the latter and Sylhet was attached to East Pakistan (now Bangladesh). A small bit of it however, namely, an area called ‘Karimganj’, was retained by Assam.

A lot of Bengalis tend to look upon us Sylhetis as a ‘subculture’ of Bengal and term our speech but another ‘dialect’ of Bengali. I beg to differ. My view is that we are no ‘subculture’ but a people, a distinct culture, in our own right. Take the Sylheti speech, for instance. We pronounce ‘S’ as ‘H’ and our tongue has a clear phonological affinity to Assamese. It does not have any to Bengali. Sylheti, as a matter of fact, has its own script, though fallen into disuse. Then, there is our food. We eat bamboo shoots and are very fond of smoked and sun-dried fish. There is also this dish we prepare by steaming rice in the hollow of the bamboo. ‘Proper’ Bengalis, I have observed, react to our eating habits with a measure of bemusement. A lot of them, also, tend to be somewhat patronizing towards us, we are yokels in their eyes. Well, we are so different in so many ways, after all; they find our manners unfamiliar. We Sylhetis have our own distinct ‘lifeworld’.

Do not assume, however, that it is merely the speech and some eating habits that make the Sylheti ‘lifeworld’ unique. There is a lot more to it, it is very rich indeed. Do you wish to learn more about us Sylheti-Hindus? In that case, I recommend that you read this wonderful slim volume authored by Bishway Chamak Goswami – Semi-Oblivious Socio Religious Mores of the Hindu Bengalis of Barak Valley. A Brief Study.

By ‘Hindu Bengalis’ Bishway Chamak means Sylheti-Hindus. He, thus, seems to subscribe to the perception that we Sylhetis are a Bengali ‘subculture’. If that is so, I sure disagree with him. This matter aside, I found his work extremely rich and earnest. Being a Sylheti-Hindu himself, he approaches his subject matter with passion and provides so many insights into it which only an insider can. The fact is that, I discovered upon reading his book that I was unaware of several customs and social practices of my people. This could be because, as we are ‘modernizing’, these are not so commonly observed anymore. This brings me to the phrase ‘semi-oblivious’ in the title of Bishway Chamak’s book. He means by it a set of social mores, customs and practices of the Sylheti-Hindus which are on the verge of being forgotten or given up.

Sylheti-Hindus, Bishway Chamak tells us, have a centuries old presence in the Barak valley. Once this territory was ruled by the tribal Dimasa kings. They brought over Brahmins from Sylhet, a contiguous place, and settled them in their kingdom with grants of land. Along with the Brahmins came farmers, masons, cooks, etc., that is, a whole lot of other caste and functional groups. Even today, we are told, Sylheti-Hindus and the Dimasas are culturally close. All domestic rituals of the Dimasas are, for example, performed by the Sylheti Brahmins.

I must say that Bishway Chamak’s description of how the Dimasa kings patronized the Sylheti Brahmins resonated with me. This is since the rulers of Tripura too had similarly settled them in their realm. Alongside, Sylheti zamindars and peasants had expanded the arable land in Tripura. Post-partition, and the merger of Sylhet with East Pakistan, the Sylheti-Hindu population significantly increased in Tripura, as it did in the Barak valley. Both received an influx of Sylheti-Hindu refugees fleeing persecution and pogroms.

To return to Bishway Chamak’s book, after dwelling on the history of Barak valley’s Sylheti-Hindu community, it vividly describes multiple facets of its ‘lifeworld’. The reader learns about Dhamail, a dance performed by women in Sylheti-Hindu households on religious occasions, or in weddings and post-natal functions. Evocatively treated are folk traditions such as ‘gajirgaan’ and ‘ojha dance’. The former, literally ‘songs of gaji’, are a lyrical repertoire sung by wandering minstrels, they tend to be morally didactic in nature. ‘Ojha dance’ is performed at the worship of Goddess Manasa. An ‘ojha’, we learn, is a man or woman specializing in singing the Manasa Mangal, a poem celebrating the glories of the Goddess.

Then, Bishway Chamak tells us about ‘sohela pratha’, the formal solemnizing of friendship between two women as a sacred, inviolable bond. They do this by offering prayers to Goddess Ganga on a specially chosen auspicious day. Some other practices that Bishway Chamak provides glimpses of are the worship of Lord Shiva as ‘Babahar’ when a cow belonging to a Sylheti-Hindu family calves, making offerings to Goddess Lakshmi on paddy fields as though she were expecting, and observance of sexual chastity in the sacred month of Kartik. The book contains much more, of course. But I had rather you read it and find out. Let me not give away more spoilers about its contents. However, I must add that some bit of Bishway Chamak’s book is also dedicated to the fine bamboo crafts of the Sylheti-Hindu people.

For several years now I have been growing increasingly aware of my Sylheti-Hindu identity. With this awareness has come the painful realization of belonging to a vanishing culture and way of life. This makes me want to know my heritage so that I may preserve whatever bits of it I can. I am, thus, grateful to Bishway Chamak for his fine effort. I earnestly hope that he will follow up with more great scholarship on the Sylheti-Hindus.