Chinese Invasion of Tibet – Prelude to the 1962 Debacle

The debacle of 1962 was definitely preventable, had India been ruled by anyone else other than Nehru and his small circle of sycophants who had little concern for national security. In this article, we will focus on the events which transpired between 1947 and 1951 while the events leading to 1962 will be covered in the subsequent articles of the series. 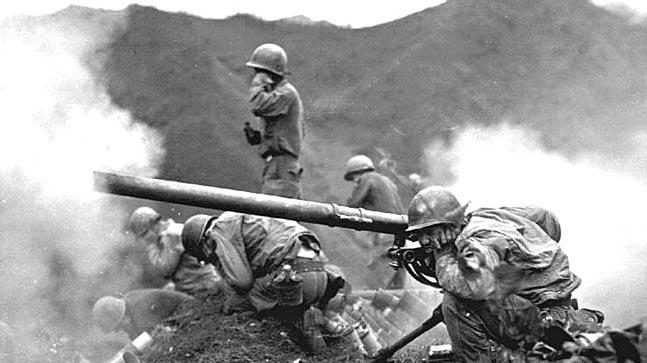 The current border stand-off between India and China which shows no signs of getting resolved anytime soon compels us to look back at our history to not repeat the mistakes which led to the debacle in 1962 when India was defeated by Chinese in every possible way. It was a military, political and psychological defeat. It had crushed the morale of Indians when they were trying to walk on their feet after independence amidst the difficult circumstances.

But what led to the debacle of 1962? Was it something which could have been prevented? The debacle was definitely preventable, had India been ruled by anyone else other than Nehru and his small circle of sycophants who had little concern for national security. In this article, we will focus on the events which transpired between 1947 and 1951 while the events leading to 1962 will be covered in the subsequent articles of the series.

The border between India and China was always contentious due to the issue surrounding the sovereignty of Tibet. Throughout history, Tibet had been an independent state for most of the period, yet Chinese dynasties believed that Tibet is a part of the Chinese empire. However, their claim couldn’t be enforced due to the lack of military power to subdue Tibet.

When the McMahon Line was drawn in 1914 in the Shimla Conference delineating the boundaries between India and Tibet, China was not strong enough to prevent Tibet from doing so. It had to wait for the right time to assert the dominance over Tibet. British India exercised its military and communications rights over Tibet to ensure that Tibet doesn’t get swallowed by Chinese onslaught. During World War II, Tibet proclaimed neutrality instead of fighting with China which shows that China couldn’t enforce its claim on Tibet in the absence of sufficient military power.

The status of Tibet vis-a-vis India and its question of sovereignty was going to take a definitive turn after the success of Communist coup in China. Communists established the People’s Republic of China on October 01, 1949 which was the beginning of the fall of Tibet. Nehru, who was a fellow traveller of Communists and subservient to Soviet Foreign Policy was the first in Asia to accept the Communist coup of China as legitimate and established diplomatic relationship with Communist China in April 1950.

Though India had inherited military and communications rights in Tibet from British, Nehru didn’t believe that India had any interests in Tibet. He accepted the version of Communist Party of China that Tibet is the integral part of China and Tibet has no sovereignty. In August 1950, Mao announced that China will be annexing Tibet soon which didn’t even figure in Nehru’s consideration for future actions. Mao’s announcement was in consonance with the view which his party had adopted with respect to Tibet since 1922 without any modification.

In October 1950, China invaded Tibet to establish its sovereignty and give shape to One China Policy. Invasion of Tibet would have alerted Indian government to respond either militarily or diplomatically but Nehru who was a committed Communist living in the fantasy of possibility of no war between People’s Republic of China and a socialist state of India led by him.

The abject surrender which Nehru displayed in Tibet alerted many Indian politicians who understood how Communist imperialism works in reality. Sardar Patel, S P Mukherjee, Raghu Vira etc. asked the government to take actions lest India is ready to prepare for a war with China in near future. Instead of acting to protect the interest of Tibet in India’s interest, India abdicated its military and communications rights over Tibet and even handed the Telegraph equipment to Communist China before the withdrawal.

On the diplomatic front, when the issue of Tibet was taken up for discussion in the General Assembly of UN in December 1950, Indian delegation opposed the inclusion of the issue for discussion and adopted the typical submissive line that the question of Tibet can be settled by peaceful means with China. If the immediate neighbor of Tibet didn’t have any interest in Tibet, the world couldn’t care less.

While everyone in India expected the government to act, Nehru and his officials were busy inventing new history to show that China always had sovereignty over Tibet and China was merely exercising its historical claim. Brigadier John P Dalvi writes in his book ‘Himalayan Blunder’, “We failed to recognise two important and overwhelming facts.

A strong China has always been an expansionist China, Tibet had exercised ecclesiastical authority over a large portion of NEFA, Bhutan, Sikkim and parts of Nepal, and political privileges often accompanied religious jurisdiction. If China was allowed to exercise the legal powers and prerogatives of Tibet she could lay claims to large tracts of land on our northern frontiers, and she had the will and means to enforce her claims. The boundary issue could be activated. For centuries India and Tibet had lived by custom, usage, tradition and without a surveyed boundary. Such customary and de-facto delineation could be rendered invalid by a hostile neighbour. A ruthless and expansionist China could be tempted to use the boundary question to create tension.”

Contrary to the expectations of Nehru that if he doesn’t oppose China over the issue of Tibet, he will be able to cultivate an amicable relationship with China was merely a fiction of an optimistic Communist. After the annexation of Tibet, China also started raising the boundary question in Laddakh sector which was often overlooked. When Chinese started patrolling in Laddakh in 1951, Nehru didn’t even consider it important to inform the parliament as according to him, it wasn’t anything serious.

Nehru figures predominantly in our discussion because every question related to foreign affairs was dealt by Nehru directly in which no other had any considerable influence. India could have learnt from the invasion of Tibet and changed its policy vis-a-vis China but Nehru was determined to ensure that India will have to get humiliated by China. In the next article in the series, I’ll be covering the events from 1951 to 1959 and also dealing with Nehru’s attempt to enervate Indian military which was considered to be one of the best fighting forces in the world under British for satisfying his fetish of peace and non-violence.