Bagan: The Land of a Thousand Pagodas

Myanmar is a hidden beauty. It is one of the most important Buddhist cultures in the world, preserving the Thervada Buddhist tradition like no other country has. Accompanying its robust culture of monks and meditation, it also has some of the greatest cultural monuments in the world, most prominently displayed at Bagan, the ancient capital of Burma. In this travelogue, Ami Ganatra tells us not only about the art, culture and architecture of Burma, but also its unique tradition of widespread monkhood for a few years in life. Read on to know more about this great cultural cousin of India. 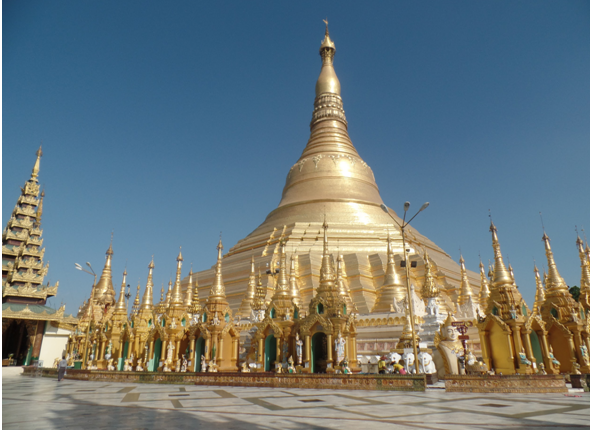 The most understated country with a great cultural heritage in a bustling South-east Asia is Myanmar. Though in news for the mostly unpleasant events in the last two decades – military coups, Rohingyas, earthquakes and cyclones – this is the land which gave the world the gift of ‘Vipassana’; this is the land that made way for Subhash Chandra Bose’s INA to enter India.

A sense of mystique shrouds Myanmar. Yangon, or Rangoon as it was popularized in Bollywood movies, is a busy chaotic capital city, like one would imagine. But it has some magnificent Buddhist temples and stupas. One of the most spectacular is the Golden Shwedagon Pagoda. Another thing that cannot be missed is the omnipresence of Buddhist bhikkhus all around Yangon.

At one of the temples, a wise old Burmese citizen gave me an insight into this. He told me that most Burmese consider it their duty to live like monks – studying scriptures, seeking bhiksha at least for a year or two in their lifetime. Many do it when younger but age is no bar. He had also spent a few years as a bhikshu in the prime of his youth before turning to grihasthashram. Myanmar has the highest proportion of monks in the population.

Bagan, the famed ‘land of thousand pagodas’, is the zenith of Burmese art and architecture. Bagan does have over 4000 Buddhist temples and Pagodas sprinkled all across the town. I arrived in Bagan in the wee hours before dawn. The Sun was yet to make appearance.

I made way atop a pagoda. The soft saffron and the pale pink of the dawn had just begun to spread lifting the veil of the night off the pagodas. And just like that, right before me a thousand shikharas sprouted from the bhumi rearing to touch the heavens above. As if competing with the pagodas, rose a few hot air balloons adding color to the already variegated dawn. The Sun also made its appearance on the horizon and a bevy of birds fluttered across the skyline to greet the golden orb! It was a display of magical surrealism on a visual plane.

Finally, as the balloons returned to their bases, the birds to theirs and the tourist crowd dwindled, the Pagodas caught my attention. Some tall and multi-storied, some short, some with a conical shikhara and some egg-like. Some were hollow, more like temples while others resembled solid stupas. But they were all around dotting the otherwise dry summer landscape as far as my eyes could see.

There are literally thousands of pagodas in Bagan. Temples such as Ananda, Hlitominlo, Gwandapalin, Shwezigon, Thatbyinnyu, Dhammayangyi are majestically exquisite so are some stupas like Shwesandaw. The five storeyed Shwesandaw is the most prominent sunset viewing point in Bagan.

Many of these temples have huge murtis of Buddha in the garbha-griha and continue to be active places of worship. The Mount Meru like shikhara of Ananda Pagoda bears testimony of Indian aesthetic influence in the region. The Golden Shwezigon pagoda deserves a special mention not only because it’s beautiful but because it inspired the construction of the Shewdagon Pagoda in Yangon a few centuries later.  Even with the cracks, if the temples looked so grand, one can only imagine the beauty of Bagan in its heydays.

This land of a 1000 pagodas came to be through multi-generational effort of the kings of the ‘Pagan’ empire. Bagan, or Arimaddanpura as it was known, was the capital of this Pagan kingdom. King Anawrahta founded this empire in the early 11th century. He expanded the Pagan kingdom into an empire covering pretty much whole of present day Myanmar. He is also credited with re-establishment and strengthening of Theravada Buddhism in Myanmar.

To entrench Theravada school of Buddhism in the masses and encourage studies and propagation of the scriptures, King Ananwarta began a spree of temples and pagoda building. He also constructed monasteries to house Buddhist monks. Successive kings continued this trend. The reasons for construction were varied however. Some temples were built to worship the Buddha, others to commemorate succession to the throne, some others as shrines to the ancestors and loved ones and some to atone for sins. The Dhammayangyi is an example of the latter, built by King Narathu hoping to wash away the guilt of killing his own father and brothers for power! Dhammayangyi was created as a result of this.

The ancient name for Myanmar/Burma as known to Indians was Brahmadesh. It is said to be founded by an exiled Prince of the Shakya clan – Prince Abhiyaza – in the 8th century BCE. Gautam Buddha was born in the same Shakya clan 4 centuries later.

As I was leaving the site of the Pagodas a little after dawn, I saw a large group of Buddhist bhikkhus in the maroon robes were walking in a perfect queue.

The next day I saw the monks again. They were standing in front of the shops nearby, neatly lined up. The shop or the house owner would step out and pour rice, bananas and other eatables in the bowls of the bhikkhus. The bhikkhus accepted whatever was given, bowed and moved on. I was told this happens every day. The locals wait for the bhikkhus to arrive. Giving bhiksha is a religious duty wholeheartedly followed by the householders of Burma.

As most of these civilians have been bhikkhus at one time or the other, so the inclination to give bhiksha came quite naturally to them. Our seers have said ‘Dharmo Rakshati Rakshitah’ – Dharma protects those who protect Dharma. The monks by way of learning and householders by way of giving are both doing their bit to preserve, conserve and propagate their Dharma.

There’s a distinct sense of calm in the Bagan air.  It’s cathartic. It’s peace inducing. So much that there was no desire to even chat up with few other tourists who strolled in to explore those obscure pieces of history, lest it disturbed the trance-like serenity of the environment. To this day I retain the experience of that blissful solitude amongst the pagodas.

Are Emotions Real?
Karma is Not Fate
Examination of Advaita Spirituality - Dharma vs. Religion - Part 2 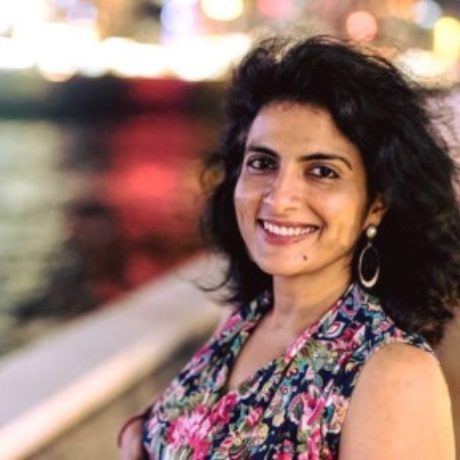 Ami Ganatra is management professional who loves to travel and soak in variegated experiences. She is a devout Yoga practitioner, certified Yoga instructor and a Sanskrit enthusiast enchanted by the ancient Indian scriptures. She blogs her experiences at https://dharmorakshtirakshitah.wordpress.com/