Dealing With the Gandhi Within

Gandhi arouses strong reactions in Indians. Some love him, declaring him to be the greatest man who ever lived, next only to Buddha. Others hate him too much, calling him the person who deluded India with promises of pseudo-secularism. What is the truth? And was Gandhi the only one to be blamed. Was Hindu society also a culprit? Read this article to know the answers and solutions to these problems. 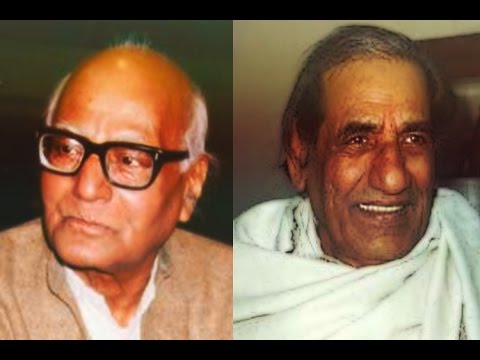 Gandhi, in these hard times, has become a quintessence of confusion, religious demagoguery and intolerance of traditional Hindu views. He is said to be, rightly so, the one who instituted the confusion of sarva-dharma-samabhava, which is still blinding and killing Hindus, while empowering radical Islam. He is the one responsible for incomplete Partition. He is the one responsible for hoisting the disaster of the Nehru-Gandhi family on India.

Yes. This is all true. But there is more to it than that.

Gandhi was an epitome of the Hindu expression in those days. He was the manifestation of all the fears, drawbacks and faults that the Hindu society suffered from during those days. True, not everyone believed in him. True, a significant proportion believed in the work of Savarkar and Ghosh. But still there was a huge community left to revere Gandhi.

Gandhi was a master of manipulating traditional symbols for modern political use. And Hindus were fooled by it. They believed his pseudo-symbolic acts were more than enough to give them what they needed. They truly believed that only goodwill could solve the problems without arms or fight. They are the ones who empowered him. They are ones who put him in the driving seat.

And this trust that Hindus put in him was mirrored in the reaction of some of the greatest political leaders of the time. For why did Sardar Patel give in every time Gandhi forced down a dictatorial decision on the Congress? Why did Rajendra Prasad agree to all of his demands except the decision to inaugurate the Somnath temple? Why did K. M. Munshi, the tallest of intellectuals and statesmen, become quiet and frittered away from politics? The list is long. For everyone gave in to the charade of this half-dressed pseudo-saint, who appropriated traditional symbols for political use in experiments which were bound to be tragic, and to which he held no accountability.

Gandhi was the personification of Hindu guilt. He was the god that we had created to act on our behalf. He did mislead. He did confuse us. But it was a little more circular than that. It was as if we almost wanted him to do this. It was almost as if we thought that without fighting and without calling out our enemies for what they are, things would be solved. And we have been believing in this myth ever since.

In modern times, our leaders have only reflected what most of us desire. Though it cannot be denied that under the NDA government a lot has been improved and our movement looks proceeding in a direction from where we might start on the Hindu Renaissance. However, the Congress-communist eco-system has created a deep state within India which is hard to dismantle in less than a decade. Even though the BJP seems to rule India, many institutions continue in their anti-Hindu agenda, as if nothing has changed.

But is there no solution to this predicament? Will the majority of Hindus never sway to our side? Will politics always remain like this?

In this, studiously and calmly, we have to learn from our enemies. For making sure our leaders represent our agenda, we need to make the rest of the society fall in line with the Hindu agenda. Any lasting political change will come through lasting change in civil society. But how is that to be achieved?

It is to achieve this that two great scholars and saints, Ram Swarup and Sita Ram Goel embarked upon a journey in the 1980s and 1990s. They started doing a Purva Paksha of the enemies of Hindu society: Christian missionaries, Radical Islam and Communism. They started publishing books which unabashedly and without political correctness wrote the truth about Indian history, culture, society and philosophy.

They challenged the fetish of ‘sarva-dharma-samabhava’ that Gandhi helped instill in India. They showed conclusively in a series of books, how Dharma is not Religion and cannot be equated with it. They showed how Prophetic Monotheistic religions of Judaism, Christianity and Islam are fundamentally different from natural religions or dharmic sects like Hindu Dharma, Bauddha Dharma or Jaina Dharma.

They compared pagan, polytheistic natural religions of the world and told in excellent prose and sharp clarity how Christianity and Islam destroyed the natural religions all over the world. India and China remain to be the only last two great bastions of Dharma against the onslaught of Prophetic Monotheism.

This Purva Paksha of our enemies, this acceptance of the harsh truth about religion will go a long way in dealing with the Gandhi within all of us. And only when this inner Gandhi of confusion and cowardice is dealt with, can we absolve our society and politics of the Hinduphobia and anti-Hinduism that it is guilty of.

The Hindu Samizdat: How Hindus Respond to Censorship and Bias
The Making of Ramayana - Mark Tully on Ramanand Sagar's Epic Creation
The Problem with the Welfare State