Indian Art and the Concept of Pramana

In this excerpt, Ananda Coomarasway explains the concept of Indian art in context of the theory of Pramana. He tells us how drama used to emphasize that he actors cannot get ‘fooled’ by the drama itself. And with this context, he brings in the theory of the different kinds of Pramana and how they are applicable in Indian art. 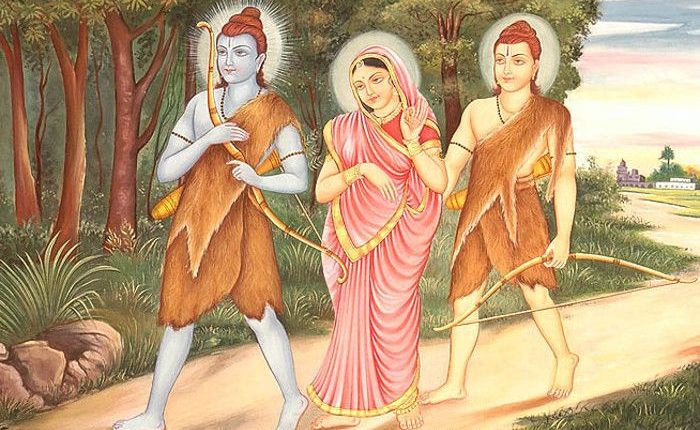 As to the Indian drama, the theme is exhibited by means of gestures, speech, costume, and natural adaptation of the actor for the part; and of these four, the first three are highly conventional in any case, while with regard to the fourth not only is the appearance of the actor formally modified by make-up or even a mask, but Indian treatises constantly emphasize that the actor should not be carried away by the emotions he represents, but should rather be the ever-conscious master of the puppet show performed by his own body on the stage. The exhibition of his own emotions would not be art.

As to Chinese wu-hsing and hsing-ssu, a multitude of passages could be adduced to show that it is not the outward appearance (hsing) as such, but rather the idea (I, 5367) in the mind of the artist, or the immanent divine spirit (shen, 9819), or the breath of life (ch’I, 1064), that is to be revealed by a right use of natural forms. We have not merely the first canon of Hsich Ho, which asserts that the work of art must reveal “the operation (yun, 13817) of the spirit (ch’i) in life-movement,” but also such sayings as “By means of natural shape (hsing), represent divine spirit (shen),“ “ The painters of old painted the idea (i) and not merely the shape (hsing),” “When Chao Tze Yun paints, though he makes few brush-strokes, he expresses the idea (I, 5367) already conceived; mere skill (kung, 6553) cannot accomplish (neng) this” (Ostasiatische Zeitschrift, NF. 8, p. 105, text 4), or with reference to a degenerate period, “Those painters who neglect natural shape (hsing) and secure the formative idea (I chih, 5367, 1783) are few,” “What the age means by pictures is resemblance (ssu),” and “The form was like (hsing-ssu), but the expression (yun, 13843) weak.”

The Japanese No, which “can move the heart when not only representation but song, dance, mimic, and rapid action are all eliminated, emotion as it were springing out of quiescence,” is actually the most formal and least naturalistic of all kinds of drama in the world.

Thus none of the terms cited by any means implies a view of art as finding its perfection in illusion; for the East, as for St. Thomas, ars imitatur naturam in sua operatione.

The principle most emphasized in Indian treatises as essential to art is Pramana. The Indian theories of knowledge regard as the source of truth not empirical perception (Pratyaksa) but an inwardly known model (antarjneya-rupa) “which at the same time gives form to knowledge and is the cause of knowledge” (Dignaga, karika 6), it being only required that such knowledge shall not contradict experience. It will be realized that this is also the method of science, which similarly uses experiment as the test rather than as the source of theory. Pramana as principle is the self-evident immediate (svatah) perception of what is correct under given conditions.

But whereas the Occidental conscience operates only in the field of ethics, and as to art a man is not ashamed to say “I know what I like,” the Oriental conscience, Pramana, cf. Chinese chih, 1753, liang, 7015, cheng, 720 (used by Hsuan Tsang), I, 5367, etc. governs all forms of activity, mental, aesthetic, and ethical (speculabilium, factibilium, agibilium). Truth, Beauty, and Love as activities and therefore relative, are thus connected by analogy, and not by likeness, none deriving its sanction from any other, but each from a common principle of order inherent in the nature of God, or in Chinese terms of Heaven and Earth. To sum up, pramanameans in philosophy the norm of properly directed thought, in ethics the norm of properly directed action, in art the norm of properly conceived design, practically the recta ratio factibilium of St. Thomas.

Thus the idea of Pramana implies the existence of types or archetypes, which might at first thought be compared with those of Plato and the derived European tradition. But whereas Platonic types are types of being, external to the conditioned universe and thought of as absolutes reflected in phenomena, Indian types are those of sentient activity or functional utility conceivable only in a contingent world. Oriental types, Indian Siva-Shakti, Chinese Yang and Yin, or Heaven and Earth, are not thought of as mechanically reflected in phenomena, but as representing to our mentality the operative principles by which we “explain” phenomena – just as, for example, the concept of the shortest distance between two points may be said to “explain” the existence of a perceptible straight line. Thus Indian types representing sentiences or powers are analogous to those of Scholastic theology and the energies of science, but not comparable with Plato’s types.

Just as conscience is externalized in rules of conduct, or the principles of thought in logic, so aesthetic Pramana finds expressions in rules (vidhi, niyama), or canons of proportion (tala, talamana, pramanani), proper to different types, and in the laksanas of iconography and cultivated taste, prescribed by authority and traditions; and only that art “which accords with canonical standards (sastramana) is truly lovely, none other, forsooth!” (sukrant tisara, IV, 4, 105-106). As to the necessity for such rules, contingent as they are by nature, and yet binding in a given environment, this follows from the imperfection of human nature as it is in itself.

Man is indeed more than a merely instinctive and behavioristic animal, but he has not yet attained to such an identification of the inner and outer, contemplative and active, life as should enable him to act the same time without discipline and altogether conveniently. On the one hand, the gambolling of lambs, however charming, is not yet dancing; on the other, the human artist, even the master whom Ching Hao calls “Profound” or “Mysterious” (miao, 7857) and who “works in a style appropriate to his subject,” can hardly lay claim to the spontaneity of the “Divine” (Shen, 9819) painter “who makes no effort of his own, his hand moves spontaneously.”

There exists, in fact, dating from the Tang Period, a threefold Chinese classification (san p’ing, 9552, 9273) of painting as Divine (shen, 9819), Profound or Mysterious (miao, 7857), and Accomplished (neng, 8184). The first of these implies an absolute perfection; representing rather the goal than the attainable in human art; the second is such mastery as approaches perfection, the third is mere dexterity. A fourth class, the Marvelous or Extraordinary (I, 5536), was added later, with Taoist implications, to denote a more personal kind of “philosophical” or “literary” painting, great in achievement, though not the work of professional artists, and not governed by traditional rules; I thus corresponds very nearly to what is meant by “genius” with all its virtues and limitations.

The quintessential carvings of Konarak: where Architecture speaks the Language of Astronomy
आचार्य वाचस्पतिमिश्र: व्यक्तित्व एवं कृतित्व
The Wonders of Hoysala Temples