This article explores various religions all over the world on the Taleb’s scale of anti-fragility. It analyzes how systems which seem very strong in normal times, may actually be very fragile and thus just one crisis away from total collapse. The Prophetic Monotheistic Religions of Christianity and Islam seem to be fragile and heading to an unseemly collapse, while Sanatana Dharma might gain from this disorder, as it has always been decentralized and personalized, not depending upon State or central structures. 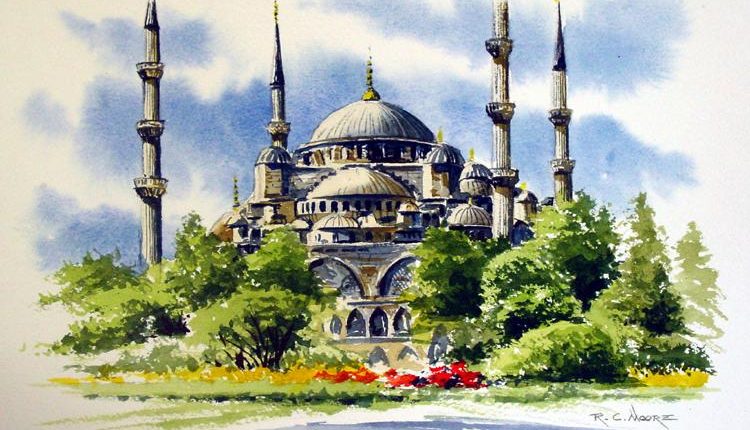 Nassim Nicholas Taleb, one of the foremost thinkers of the modern world has given a scale to measure the relative strengths and durability of ideas and institutions. This is not the place to go deep into his scale but it has three categories: fragile, robust and anti-fragile.

Fragile is simple to understand. These institutions and processes work well when everything is going right. They are efficient and they show results. Like modern economy. But they break down at the first sign of stress. They need to work at their full capacity, or they don’t at all.

Robust is not so easy to destroy. Robust institutions can take some shocks and keep functioning even at a reduced capacity under calamity. However, they cannot go on taking shocks forever, and ultimately a time comes when they also break down, like fragile. So robust is better than fragile, but not a solution to the shocks that Mother Nature keeps giving us.

Anti-fragile, a phrase coined by Taleb, is defined as ‘things which gain from disorder’. It means that these systems actually become strong in the times of stress.

The ongoing pandemic of Corona Virus has forced us to rethink the importance, strength and life of many of our institutions. It has put a lot of our institutions in stress, not just the economy. I will explore entire society through this lens in a later article, but in this article I will confine my gaze to religion.

While most people were thinking that in face of an external threat like Corona Virus, humanity will come together to fight, we have instead seen that far from going out of the news, religion has actually taken centre stage in mostly being notorious during this lockdown. Many ‘single sources’ like Tablighi Jamaat, have become super spreaders, and not just in India. In South Korea, just one Church became responsible for a majority of the infections.

But have all religions fared the same in this pandemic? Let’s analyze them.

It is clear as day that the two largest Prophetic Monotheistic religions of the world, Christianity and Islam have proved to be very fragile during this lockdown. This becomes apparent from their behavior.

Though Christians and Muslims pride themselves on the ‘People of the Book’, they cannot do without physical institutions like the Church or the Ummah.

Their stress on the Book had initially made them robust in the ancient world. When all religious and dharmic sects all over the world were tied to the lands which their followers inhabited, the Monotheists were blissfully unhinged from the land. They instead took inspiration from their book, which was mobile, unlike land.

As a result religious sects tied to a piece of land were destroyed once the land was grabbed by barbaric invaders; however the People of the Book could take the Book and flee to other land to become obnoxious there. The mobility that the Book provided them changed the ideas of territoriality forever. When they were defeated in one land, they just shifted to another, growing from strength to strength. Placing their faith in the Book, they created a robust political culture. As a result, today we see both of them as the two largest religions in the world.

However, this advantage has now turned bad in the modern times. It has been around 2000 years since the Bible was written and 1400 years since the Quran was written. Both of these books, though still fanatically followed by their believers, are so far out of touch with the culture of their modern followers that they have stopped becoming a perfect guide in practical matters that they once used to be. As a result, the Quran needs an interpreter, a Maulvi, who interprets the Holy Book to the modern followers, guiding them how to act and how to react.

This fact alone, this dependency on the Ummah, the brotherhood of religious preachers, has made Islam a fragile religion. As well as Christianity. While earlier, the Book was able to guide the faithful even when the Friday prayers were not observed, today it has become impossible. The entire Muslim identity and life is hinged upon the negation of the pagan and non-Muslim culture in which a certain Muslim population lives. This reactionary approach, in order to take guidance from the Book, has to use the agency of the Mullah, and has to use the institution of the Mosque or the Imambara.

And in the Corona Virus lockdown, this has become harder than ever before. Even after the inefficiency of the Indian administration in containing the Muslim crowds from gathering in mosques, there has been a huge reduction in Mosque attendance, even on Fridays. And Islam, particularly its modern avatar, hinges upon the Mosque and the Friday sermon.

Islam is nothing but politics, and politics has to be contemporary. Additionally, perpetually at odds with the non-Muslims and the ‘other’, Islam is also bound to be a secret society. These two factors make the agency of the mosque and the Friday sermon to be not just important but crucial for the religion to survive and thrive.

To keep in touch with the contemporary they need gathering places, places which are secret, places which are not under the direct gaze of the unfaithful. This is because the hostility with the non-Muslim society and culture is so deeply ingrained in the Muslim behavior and psyche that almost at all given times, gatherings at the mosque keep discussing some ‘action’ against the hated Kaffir.

The information has to be secretly and continuously disbursed in order to keep the flock together; to keep the anti-Kaffir narrative centralized; to prepare the faithful against the ‘threats to Islam’. This is done at Friday in the mosque. And in this Corona Virus lockdown, these two institutions, the mosque and the Friday sermon have taken a heavy hit.

This is the reason that the faithful are so desperate to go to the mosque. Islam is a negative thought system. In order to thrive it needs to feed off the ‘other’. As this feeding is stopped, like blood to a vampire, the system starts to dry and wither. Islam lives off the nervous system of the mosques, where fundamentalism is disbursed from Mecca and then creeps down to every little village in India through the mosques and Urs and Markaz and the traveling Maulanas.

It is this system which has come under fire, threatening the fundamentalism inside Islam. This is why Islam is fragile. It needs very concrete and centralizing institutions like the mosque and it needs them to function without fail, like the Friday Namaz in order to continue. Once this lifeline is cut, the system starts to wither.

The same is true to a lesser degree about Christianity. In South Korea, it was just one Church which became the super spreader. The authoritarian government of South Korea stopped these gatherings completely and thus the virus too stopped, however it damaged the Church and people’s faith in it.

Buddhism, on this scale would come out as robust. The message of the Buddha is eternal and as long as one Buddhist remains in the world, the message will remain alive. A Buddhist may or may not got to the Pagoda or the Temple, however he can pray and meditate at home and that is as good as gathering at a place. The Buddhist places can remain shut for some time without destroying Buddhism. However, the institution of monkhood in Buddhism is very centralized and dependent upon the State. Any stress in the State patronage for a long time can put an end to the Buddhist way of life, if not the message. This is why in medieval times; Buddhism was wiped out so easily from so many places in Central Asia.

Sanatana Dharma, however, comes out as anti-fragile in this Corona Virus lockdown. This year, Hindus were to celebrate the greatest Ram Navmi of history, as Ram Mandir was to be created. But they willfully and voluntarily abandoned it, without as much as a whimper. And they celebrated it at homes instead. But it seems to have put no effect on the Hindu dharmic life.

On the other hand, according to many reports, dharmic activity in Hindu households has increased manifold, due to the fear, due to the depression, but also due to the free time and due to the innate urge of the Hindu to turn spiritual during stressful times. More people than ever are meditating now at home. This was the reason that Hinduism wasn’t destroyed in the medieval ages. Despite putting huge amounts of art, effort, money and skill in Hindu temples, when they were destroyed, Hindus simply continued with mobile institutions, or just worshipping at home.

This is a feature totally unavailable to Muslims, and to a smaller degree to Christians. There is no concept of worship in Islam, and so there is precious little except namaz that can be done at home. In Christianity, one can pray in front of an icon even at home, but once again there is no such thing as meditation or elaborate festivals and rituals which even a nominal Hindu celebrates every month.

This is why in medieval times, when almost all temples were destroyed in the north of India at least, Hindus created mobile institutions like Ram Lila and Bhagawat Kathas which were organized in open spaces with minimum investment. North India, even more than south India is decentralized when it comes to dharmic activity.

The fact that the dharmic activity of Hindus along with meditation has increased during this lockdown, proves that Hinduism gains from disorder. Temple or no temple, Hinduism keeps flourishing.

And no matter how strong a fragile system like Islam seems when things are up and running, it cannot bear stress. The robust system like Buddhism can continue for some time with stress but weakens during this time. The anti-fragile system, like Hinduism gains from disorder, chaos and stressful times, like the one we are currently undergoing.

Jizyah: The Tax of being Non-Muslim
The Foundation of Islam
Fundamentals of Monotheism - Dharma vs. Religion - Part 3