In this article, Nithin Sridhar discusses whether the dichotomy of Ecology vs. Development that has been created is real or not. It is often argued by opposite lobbies that either ecology can be cared about or development can be pursued. Nithin Sridhar tells us that there is a third way possible. 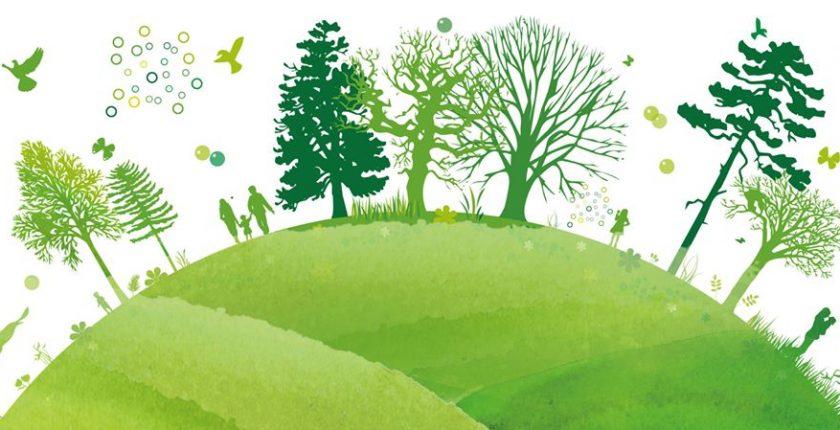 Few months ago there was a debate on development vis-à-vis protecting ecology of the sacred Kshetrams. However, some people from the development camp began positing any appeals for pursuing development with sensitivity to sacredness and ecological sanctity of the Kshetrams as being ‘anti-development’, ‘anti-poor’, and what not! In such a scenario where a significant section of the society has come to believe reckless development as a mark of progress, it becomes imperative to highlight the need for protecting the sanctity of our sacred Kshetrams.

Good roads and good infrastructure is very useful to people – those who are native to a region as well as to tourists. I don’t think anybody is denying this. What is being pointed out is simple fact that we need to exert caution and restraint while pursuing development activity. A good example is how in the name of development and providing pakka houses to Tribal people in Madhya Pradesh etc. their entire cultural & spiritual tradition is being dismantled.

Each tribal community had their own house designs having cultural & spiritual elements associated with it. Is it too much to expect governments to think of creative solutions where the cultural elements are not dismantled while building modern houses? Such cultural & ecological insensitivity are being shown everywhere. The Bhangra playing crowds depict such cultural insensitivity to Kedarnath Tirtha whose very purpose is to facilitate Tapasya. The man-made ecological causes that caused the Kedarnath floods must be understood.

Being modern, using modern technology does not mean, we become insensitive to ecology or to our core cultural practices. The Shankaracharyas for example use cars for travel at this time, but does it mean they will abandon their daily anushtana while traveling?

Should we really pursue development to the exclusion of concerns of ecology & culture? Is this the future we want? Building concrete jungles everywhere-devoid of life, culture, and nature?

It is high time we ask ourselves, what is more important to us, some utopian notion of development & unity all the while losing our essential features & practices; or protection of our core cultural ethos, sacred places, ecology, & build unity & better future on firm footing?

What’s so wrong about the idea of limiting the number of visitors each year to particular ecological sensitive areas- sacred or not? Every year, only limited number of pilgrims are allowed to go to Manasasarovara. It can be done in some other crucial areas like Kedarnath.

The idea that ‘let the sacred spots be dismantled as long as I have better roads and infrastructure to enjoy’ is so insensitive to ecology and Dharma!

Besides, is it too much to ask the pilgrims visiting a sacred kshetram to maintain basic sanctity of the place or to educate themselves upon the importance & nature of the Kshetram? If this much cannot be expected of Hindus, what Hindu civilization are we speaking of?

What use is building Hindu unity, when our Devatas have left us, when our Sacred Kshetrams have been dismantled, when we are so insensitive to our tirthas and kshetras, what protection of Hindu civilization are we speaking about?

If Hindus do not take up ecological issues serious, tomorrow dismantling Hinduism forces will precisely use these arguments to impose insane restrictions on Hindus, Hindu entry, or perhaps destruction of the Sacred Kshetram itself!

Dharma vs. Religion - Part I
Adi Shankara’s critique of Buddhism
A Brief History of Indian Science. Some Underlying Principles.