In this first part of a series, agro-ecologist Dr. Aditya Dhopatkar explains the origin of life on earth and how everything is interconnecetd. He tells us the interconnectedness and the functions of not only the living beings but also the part that the inanimate material plays in the greater ecological scheme. 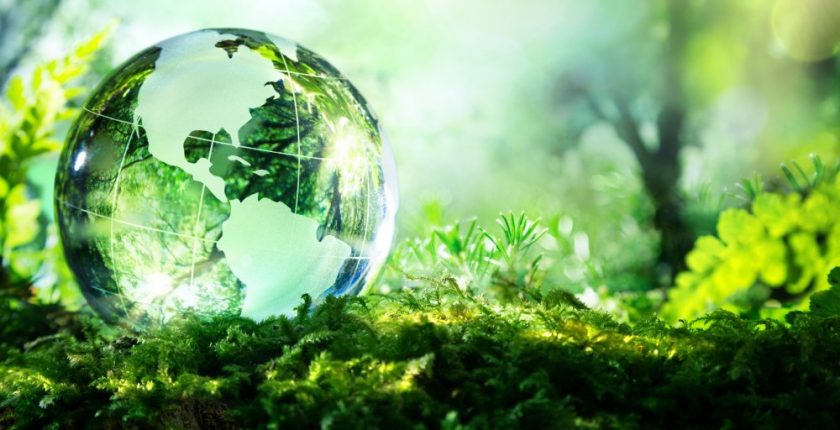 THE EVOLUTION OF LIFE ON EARTH, AND NATURE

Origins of life: The earth is a condensed mass of ejected solar material which spun and cooled. The earth is a “blue plane”: 71% ocean with 99% life forms, with life originating there1 before spreading to land. Life originated with oxygen dissolved in oceanic water interacting with atmospheric oxygen, nitrogen and carbon dioxide under effect of electricity from lightning, to eventually generate the first amino group to kick-start protein formation2. This proto-protein, in course of time, generated living tissue which survived on sunray energy, water and oxygen, but soon, sealife spread to land.

As life evolved on Earth, all species of microorganisms, plants, and animals, which together constitute our stunning “biodiversity” in our “biodiverse ecosystems”, continued to be affected by non-living forces and events (like atmospheric, geological and celestial-astronomic) and earth elements.

Life shaped by non-living forces and elements: Life has struggled against extinction forces either from celestial events (like impacting cosmic meteors travelling in the vicinity of the solar system, drawn in by solar-lunar-celestial gravity into the Earth’s orbit), or, from Earth herself (extremes of temperature and inundation, or the Earth’s own volcanoes and earthquakes). The world has had five major mass extinctions3 but ‘Life’ responded with adaptation, though allowing survival of only the fittest and most adaptable; Life evolved, survived, and areas claimed by extinction were recolonised by dispersing seeds, microorganisms and moving animals from areas where life had survived the extinction event.

While forces of the Earth’s geography, geology, magnetic field, atmosphere, etc. or from Space exert major extinction pressure in clustered episodes, often, these forces are also benign references Life has adapted to or depends upon. Certain Life forms in deep seabed vents in the oceanic crust are without oxygen and sunlight, exposed to sulphur-containing gases and geo-thermal energy; they use this geo-thermal energy instead of solar energy and sulphur instead of oxygen for sustenance. Even shallow marshes which may get solar energy access, but may be without oxygen, use sulphur4 as both sulphur and oxygen are Group 16 elements of the periodic table. Certain celestial forces, like cosmic magnetic effects, shielded Life on Earth too5 and the Earth’s magnetic field guides migratory birds6.

But living forms continue to interact with non-living natural elements all the time, and with each other (Eg. one form consuming another). This interaction is in a dynamic equilibrium (not stasis): death of one species fuels another form’s life yet the species of the consumed continues to find ways to exist. Living forms have evolved to become more and more resilient and sentient (culminating in human evolution).

While there was Earth (affected by astral-celestial-astronomic phenomena) even before Life evolved, Nature was much more than Earth alone: NATURE = EARTH + LIFE. Nature was this sum total of the interaction of the living and non-living; a complex giant global biome made up of a mosaic of various ecosystems and eco-climatic regions, shaping habitats; Life wanted to survive. Our Earth can survive without Nature and both can survive without us humans.

But we are afraid the world’s biodiversity or diversity of living species would not survive with the sixth extinction happening right now, which is human-generated or “the anthropocene”.

UNDERSTANDING NATURE: THE ECOLOGICAL FUNCTIONS OF LIVING AND NON-LIVING COMPONENTS

For individual and collective survival in the food web, and, for one’s species’ propagation amidst adverse climatic circumstances, living forms end up performing a role of transfer of energy and nutrients. Reproduction will be performed by individuals, a luxury for an individual but a necessity for the species.

It starts with the harnessing of solar energy by photosynthesis (Eg. phytoplankton which harness solar energy in oceanic water regularly, feed this energy into the oceanic food web) and ends with breakdown of food into carbon dioxide to release energy in breathing.

The second most important ecological function is the availability of clean, pure drinking water in Nature, accomplished by non-living components like clouds and rain drops, but full of the contributions of microorganisms, plants and soil humus.

The third most important ecological function is thus eating another life form and in turn being eaten by other life forms to cycle energy and nutrients; herein, Nature seeks equilibrium wherein all species can remain alive, adapt, reproduce and evolve with genetic diversity in their populations, rather than unsustainable kindness where consumable life forms are denied to consuming life forms in the web of food and energy.

But some ecological functions of life forms are to facilitate life of another while being involved in the food web too. Eg. Birds consume fruit and disperse seeds for the fruit-hosting plants.

Non-living components too had their ecological functions:

Eg. Rivers remaining flowing (without dams) to keep the hydrological cycle going, draining aerially disbursed water back to the sea; sea tides responding to the sun and to phases of the moon, moving to churn the ocean with oxygen whose dissolution supports fish life, rather than letting the ocean become a mega puddle of stagnant water.

Human dependence on ecological services: their value exists, whether fully perceived or not:

From primitive hunters-gatherer cultures to a vigorous metropolitan civic society with all its economic, artistic and technological constructs, the entire spectrum of human society eventually depends, for sustenance, upon the aforesaid ecological services only Nature can fulfill and no human can ever generate. Only when these Natural resources become available, can we first have air, water, soil and shade, and following their availability, civilization, economics, empires, art, technology and philosophy. Humans and Nature can both continue to coexist, only when the debt towards Nature is repaid as a duty, an obligation, as a way of life. But Western models of Economics and the bipartisan schism of Marxism and Socialism, Abrahamism and consumerist Atheism, simply don’t ascribe economic value to ecological services outside the farm, market, mine or industry; they all seek control over resources for use or exploitation.