While the world is reeling from the Corona Virus pandemic which is barely months old, we all are suffering from another virus, of an ideological kind, which has been spreading across the world for the past two thousand years continuously. It has been spreading death, destruction, violence and destroying peace all this time. It has infected a majority of humanity barring a few countries like India and China. This ideological virus is Prophetic Monotheism. Read Pankaj Saxena making this apt comparison in this article. 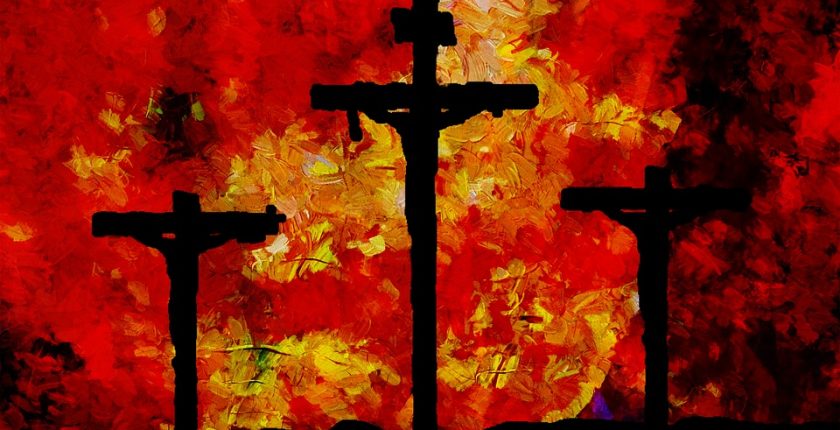 Pandemic is a process. It is as applicable on ideas, as it is on viruses. Just like COVID19 is a virus and has become pandemic, Prophetic Monotheism is also an ideological virus which has making humanity sick, brain-dead, aggressive and violent for the past two thousand years. Yes, this pandemic has been raging for two thousand years now.

To understand the analogy we need to understand a few technical terms that I had mentioned earlier. A little recap of the epidemiological part will be good.

Zoonosis: The act or the process by which a virus which was earlier residing ‘peacefully’ in an animal, crosses the species threshold and jumps over to the humans. As it is new in humans it multiplies madly and is lethal for them.

Spillover: The exact event in which the virus crosses the species threshold. For example, someone is bitten by a chimpanzee. Or eats a rat. Or a pangolin. And most commonly a bat. The animal’s blood has to mingle raw with the human blood. Cooked animals lose their viruses. Any entry of such raw blood through a cut wound, through eyes, nose or mouth will result in the Spillover. The thing to understand here is that Spillover is quite a common phenomenon and keeps happening again and again. Every time a dog bites a human and the human gets rabies, it is an example of Spillover.

Reservoir: The animal in which the virus was residing for perhaps millions of years, in a dynamic balance, surviving but not exploding in population. This ‘reservoir’ animal is not at risk from this virus and due to this is able to carry it on through generations. The most crucial factor in making the vaccine of a disease is to single out the reservoir animal. About Corona we are only guessing. About Ebola, we have not found the reservoir yet.

Reach: The spread of the virus. Or how efficiently it travels from host to host. For example, lassa fever is a great killer in Nigeria and West Africa, but it spreads directly from rats to humans and thus is not very contagious. However, a virus which spreads from humans to humans and through air is the most potent. About corona, we are just about mapping things.

Dead End: The viruses which are contagious spread from person to person contact. But if they break out in countries and communities which are self-sufficient and lacking in communication they tend to die out after killing a lot of people in a small community. When the virus reaches a person from where it cannot go ahead and infect anymore person, it is said to have reached a dead-end. Reaching this stage the outbreak dies.

How does all of this correspond to the rise of Prophetic Monotheism?

Prophetic Monotheism is poles apart from dharmic sects like Hindu dharma and Bauddha dharma. This article is too shirt to list all the differences. Suffice to say that it has the concept of a Prophet, who is the mediator between the God and his people. The God can neither be seen, heard or felt by the common people. Only the Prophet can communicate with him. This God is angry, jealous and given to all human faults. He hates other gods being worshipped and is so paranoid about other gods that he orders his followers to commit genocide, cleansing and mass conversions of non-believers.

There are two parts of this process. The first part is Prophetism. Akhneten, the Egyptian Pharaoh around 4500 years ago, is recorded as the first man in history to have this thought. He prohibited the worship of all other gods. So there comes Monotheism. He broke the statues of other gods, declared himself the God and ordered that he should be worshipped from now on. His religion did not catch on after his death and Egyptians reverted to simple old paganism.

Another strain of Prophetism was found in Zarathustra in Persia, who declared himself to be a go-between God (Ahura Mazda) and the common people. Prophetism and Monotheism were thus born. Zoroastrianism gave another concept critical for later Prophetic Monotheism: dualism between God and Satan. In the theology of Zoroastrianism, Satan is as powerful as God.

These ideas combined into one in one ideology in Israel and thus in the form Judaism the world had its first case of ideological Spillover, in which an alien idea of Prophetic Monotheism, inherently destructive to the spiritual health of humanity and yet unprecedented had crossed over the realm of imagination into the realm of human life in the form of Judaism.

However, Judaism did not have the concept of proselytization and thus, Prophetic Monotheism didn’t become a pandemic yet. It had become Emergent and it was spreading from person to person. The idea was out there, and humankind had become familiar with it in certain place but it was far from a dominant global disease. It was a local breakout. Thus Prophetic Monotheism hadn’t entered the next stage.

It would also be worthy to note here, that the virus of Prophetic Monotheism had its first successful mutation after Spillover into human society. The first strain was Judaism. With the addition of proselytization, a new, more lethal, more potent version of Prophetic Monotheism, in the name of Christianity was floated.

With this, Prophetic Monotheism in its Christian mutation became a global pandemic.

Another super spreader came as the Columbian conquest of the Americas. The new people of the Americas were brutally converted, and the resources that were looted from there were used to spread the Christian disease to countries where it had not reached before. Thus Asia and Africa were acquainted with Christianity.

Meanwhile, another mutation in the virus had happened in the 7th century. As the Christian mutation had added proselytization to the cocktail of Prophetic Monotheism, the Islamic mutation added the Holy Book as the Law Book, while keeping the proselytization part. Thus, it became an even more lethal combination. The Quran functioned both as the War Manual and also as a Law Book, ensuring that once a Muslim always a Muslim. In epidemiological terms, the virus spread to the newly converted population with no hope of any vaccine ever curing the poor victim.

Caliph Umar was the first super spreader of the Islamic strain of virus. The virus conquered even those who were infected with the earlier strain Christianity. Thus once infected with the virus, they were not safe from another more deadly strain of it, just like in epidemiology.

What is the Reservoir in all of this? The Reservoir animal in all this is human ignorance on one hand and the neglect of spiritual needs on the other. Combined, the two can unleash the virus of Prophetic Monotheism on the world.

Judaism does not proselytize and so it has no Force or Reach. Christianity and Islam are both equally potent and their Force and Reach have been great. However, over time, Christianity’s Force has become weak, though its Reach is still very great.

There have been many other mutations of Prophetic Monotheism, like Mormonism, Bahaism, Ahmadiyaa religion and many other Prophets like the Prophet in South Korea. Not being able to spread fast and wide, not being able to find more host bodies, the religion of the Korean dictator reached Dead End. Bahai and Ahmadiyya may soon follow to the Dead End if they fail to infect new hosts fast. Mormonism simmers in a low intensity and keeps infecting more and more new hosts, and might in future become Emergent and become a global pandemic.

What is the vaccine to all this?

The knowledge that Prophetic Monotheism is a pandemic with a fast mutating deadly virus, which kills brain cells and makes people more aggressive and violent is the true vaccine. This knowledge spread far and wide can work wonders and immunize the population against this virus. Anyone who ever opens his eyes to Prophetic Monotheism can never be infected by the virus again.

The antidote is nothing but the Natural Religion or the Sanatana Dharma in case of India. That alone can replace the infected cells with healthy cells.

May the humankind finds this vaccine soon so that we can escape ecological disaster, human misery, planet-wide destruction and also future pandemics like Corona Virus.