In this short essay, Khalid Umar destroys a common delusion: that an extremist Islamic organization does not represent true Islam. He argues, with the short history and behavior of Tablighi Jamaat that their behavior truly and completely aligns with the fundamentals of Islam. They represent true Islam, rather than an abrogation of it. 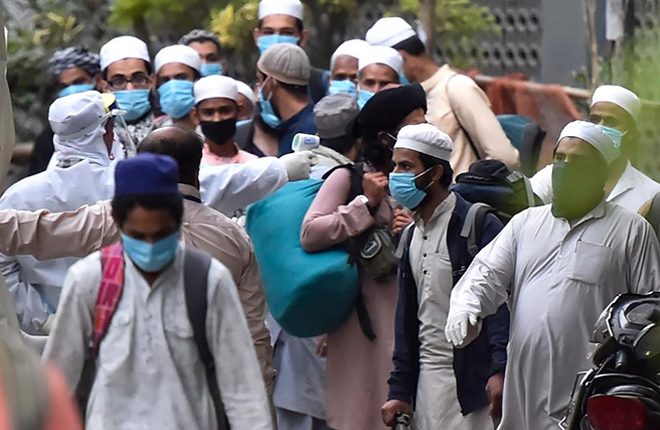 Some sections of the Indian society seem to be under the impression that The Tablighi Jamaat (Society of Preachers) is a small misguided faction of the Muslim diaspora in India. This impression is grossly misplaced.

The Tablighi Jamaat truly represents ISLAM. If you want to know the real, basic, raw Islam, this is it.

It was founded by a Deobandi Islamic scholar Muhammad Ilyas al-Kandhlawi in Mewat, India, in 1926. His goal was to establish a group of dedicated preachers who could revive “true” Islam, which he saw, was not being practiced by many Muslims.

It spread fast. In its annual conference held in November 1941, some 25,000 people attended. After putting down strong roots in India, it grew rapidly across Pakistan, Afghanistan, Bangladesh, Sri Lanka, Malaysia and Indonesia. It is highly popular among Muslim minorities in the West, including America, England, and France. It has a firm foothold in parts of the Middle East as well.

Its mass popularity across the Ummah shows that its core thought resonates with the LCM (lower common denominator) of the Muslim thought.

Whatever the problem, ‘Islam is the solution’ is their mantra. In their hands, Islam transforms from a personal faith into a ruling system that knows no constraints. They scrutinize the Koran and other texts for hints about Islamic medicine, Islamic economics, and Islamic statecraft, all with an eye to creating a total system for adherents and corresponding total power for leaders.

Their core belief that Islam is a “total way of life,” I argue, tend to be by nature anti-democratic and aggressive, anti-semitic, and anti-Western. The West is unfortunately failed to understand that “Islam is not just a religion; it is a total way of life.”

It is argued by the liberals and the left that all religions imply a total way of life as they all try to define a believer’s most fundamental values to influence the family, the economy, and the polity. But Islam is different. It goes beyond indirect influences on behavior and provides an elaborate code of religious law that amounts to a blueprint for a specific social order through the statehood.

Tablighis urge fellow Muslims to live like the Prophet did. They insist on its members to dress like the Prophet did (trouser or robe should be above the ankle). Men usually shave their upper lip and keep long beard. The organisation has a loose structure. The Emir is the leader of the international movement and is always related to the group’s founder. The current leader in India, Maulana Saad Kandhalvi, is the grandson of the founder. The group also has an advisory council with different national units and national headquarters.

Tablighi take on Corona Pandemic is that Allah has created it to punish the humanity which has departed from the righteous path shown by Him through his prophet. Allah will protect the believers if they go back to His ways. With this core belief, the infected Tablighis have become the super-spreaders among the Kaafirs in India as well in Pakistan and the whole world.

They represent the fundamentals of Islam. Please take no chances with them, they would be deadly in these dreaded times.