The Jahiliyah of the Madrassas

In this brilliantly articulated piece, Dr. Shankar Sharan explores the question of Jahiliyah in Islam. The word ‘Jahiliyah’, means ignorance and traditionally, the Islamic world has considered the place and time beyond Islam as the reign of Jahiliyah. However, with many examples all over the world, focusing on the institution of the madrassa, Dr. Shankar Sharan shows how it is the Islamic lands which are the dens of ignorance. He explores the question why? 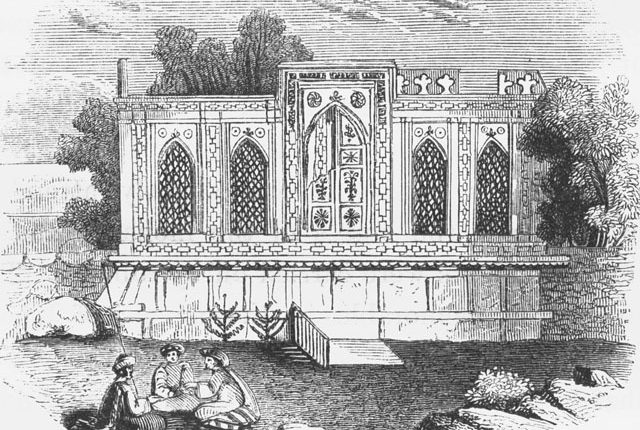 The recent attack on the Gurudwara in Kabul, Afghanistan, has once again raised many questions. When the world is fighting the war against Corona Virus, what is the nature of the Islamic ideology which compels its followers to kill innocent members of a community, who are hardly more than a thousand people in Afghanistan? Maulvis and Mullahs are often seen calling the non-Muslim world as Jahiliyah, or the land of the ignorant. But looking upon such incidents, one wonders, whether it is the religious education imparted in the madrassas, which represents the world of Jahiliyah.

Sometimes, even the Islamic world furnishes us some refreshing advice on modernization of Muslim society. In 2017, the Army Chief of Pakistan Bajwa had said that the Pakistani people have to come out of the madrassa education. If they don’t do so, they have no future. According to Bajwa, the madrassa only prepare their students for a career in terrorism or in madrassa itself. Their religious education makes them unfit for the practical world. They don’t know what is happening in the world. The only thing they can do is to repeat what they have learned, by becoming a Maulvi.

There is nothing new in this claim. A deeper study will reveal the root cause of the main problems plaguing the Muslim society, which is: intolerance and ignorance. It is this tendency which led Dr. Bhimrao Ambedkar to call Islam as ‘closed corporation’. He said that for Muslims there is only one criterion to judge everything, and that criterion is religion, i.e., Islam.

Sometimes comparatively secular leaders of Pakistan warn Pakistanis to come out of Jahiliyah. This Jahiliyah has been destroying Pakistan and Afghanistan for the last two generations. The agency of this destruction is the institution of the madrassa. They are dens of unmitigated ignorance and violence. This is not the case with just the Pakistani madrassas, but the madrassas the world over. In the name of religious education, the madrassa students study religious laws of Islam which are fourteen hundred years old. As a result, they become superstitious, tenacious and smug. Any knowledge not contained in the Quran is seen by them as ‘heresy’ and ‘inspired from the Devil’.

One wonders: if this is not the real Jahiliyah, then what is?

An American study claims that in Pakistani madrassas and even the government schools, hateful propaganda about non-Muslims is regularly taught. Even the government textbooks are of a deeply Islamic color. The Hindus are the special target of the religious hatred in these books and some downright racist opinions are routine in these textbooks. This creates generations of Muslims who harbor ill-will and hatred for non-Muslims. This intolerance and violence is then turned on the Muslim society too and we see a lot of violence in Pakistan as a result of that.

That is why various leaders of Pakistan have time and again called for educational reforms. A few years ago, the education minister of Khyber Pakhtunwa, Sardar Hussain, had said that the syllabus needs to be changed. President Musharraf himself had talked about taking steps against ten thousand madrassas which spread hatred and terrorism. If the problem still remains in Pakistan then we can understand how deep seated it is.

Ever since the Taliban came to rule in Afghanistan, the Haqqania madrassa of Pakistan became very famous. This madrassa follows the Deobandi ideology. Students educated in this madrassa later became the rulers in Afghanistan. They were called, the Taliban. At that time it just created a limited curiosity in the West. Western journalists visited and wrote elaborate reports on the rise of the Taliban. They found that there are very few students in Haqqania who study anything other than Islamic subjects.  There is no curriculum of world history or mathematics there. There is no facility to teach science, no laboratory, or no computers. The students who come out of this madrassa can become only Maulvis or terrorists. Haqqania madrassa soon became famous as the Jihad factory.

Many infamous terrorists of the Taliban came from Haqqania. No other madrassa gave so many terrorists to the world. The Taliban is known for their Islamic fundamentalism, for their cruelty towards women, for their terrorism. They believe in endless Jihad.

They see the world in black and white: Islam vs. Rest. The Rest includes the Christians, the Hindus and the Jews. Like many Pakistanis, the Maulvis who teach at Haqqania, firmly believe that American foreign policy is a handmaiden of Hindus and Jews.

This propaganda is so successful that officers high up in the Pakistani secret agency believe it. Hamid Gul, the former agent in ISI, once told the American journalist Jeffrey Goldberg that it is the Jewish lobby in America which decides the American policy towards Pakistan. Hamid Gul also compared the Jews to the Brahmins in India. When asked to elaborate on this comparison, Gul said with flourish, ‘Money-lending’. One can imagine the depth of propaganda in Pakistan, when even a senior officer has such racist views about Brahmins in India.

Haqqania is also not the only such madrassa in Pakistan. There are around ten thousand madrassas in Pakistan, giving radical Islamic education to around ten lakh Muslims. Many of these madrassas run at the village level. And many others have national reach, and are run by the political parties in Pakistan. Some of them are directly run by the Jihadi organizations which are spreading terrorism in Kashmir against India.

The Binori Madrassa of Karachi also follows the Deobandi ideology. It is also equally infamous. It should be remembered that the original Deobandi madrassa is still in India, just 150 kilometers from Delhi, in Uttar Pradesh. The students of this madrassa are no different either. They also think that the Bamiyan Buddhas should have been destroyed. They also think that music is haram and they also think themselves to be in the league of the Taliban.

Where ever there are madrassas, Jahiliyah follows. That is why Indian Muslims have to rethink about the fundamentalist ideology that guides these madrassas. They have to think about the principles of the ideology which leads them to kill the innocents.

They are just like the Christian missionaries and the Maoist extremists. In brief, the beliefs of the Maulvis and the students of the madrassas are as follows:

This is the crux of the belief system that pervades all the terrorists, Talibanis, Jihadis and the members of Islamic State etc. All else follows from this.

It is impossible to kill innocents and be proud of it, without this strange belief full of ignorance and arrogance. Youth in their tender age are brainwashed with exaggerated and invented facts, with the help of Islamic ideology. As a result, they become terrorists. This religious indoctrination can be seen in the syllabi and the literature that the madrassas that teach them, produce. It can also be seen in the diaries, letters and the last messages of the terrorists.

Thus it is very evident what kind of education is being imparted in the madrassas. The Muslims will have to think about it on their own. It is true that this is not an easy task. They have to struggle a lot in order to achieve freedom of thought and expressions. But they cannot avoid these questions indefinitely.

This is true about the Arab Muslims too. Before Prophet Muhammad, Arabia was pagan and polytheist. The values of the pagan Arabia have to be compared with the values of Islamic culture.

Muslims have to ponder over their history, their ideology and their religion. They have to calmly and deeply analyze their thoughts, rituals and beliefs from a human perspective. They have to think about what Islam has given to its followers and what have they lost by adopting it? What is the total output of Islam – both for the individual and for the society? Where do the values of Islam compare to the religious traditions, knowledge traditions and culture of other pagan polytheistic cultures all over the world? The Muslims have to do this on their own. The others can’t do this for them.

The Muslim kids have to be acquainted to the world outside the narrow walls of the madrassa. They have to be introduced to the books, thoughts and ideas from outside. In a country like India this is very easy.

Muslims have to judge the outcomes of a ‘madrassa only education’. They have to think what the students of these madrassas are capable of, in comparison to the students who get modern education. Only then a solution will become visible.

Ramayana Parampara in Tripura
Is Pakistan the Ideal of Indian Muslims?
Muslims Speak the Language of Power