One Teacher, One School – The Adam Report on Education in Bengal

How did Bengalis and Biharis educate their kids before the advent of English education? This article reveals some startling facts and shatters several myths about traditional education in northern and eastern India. 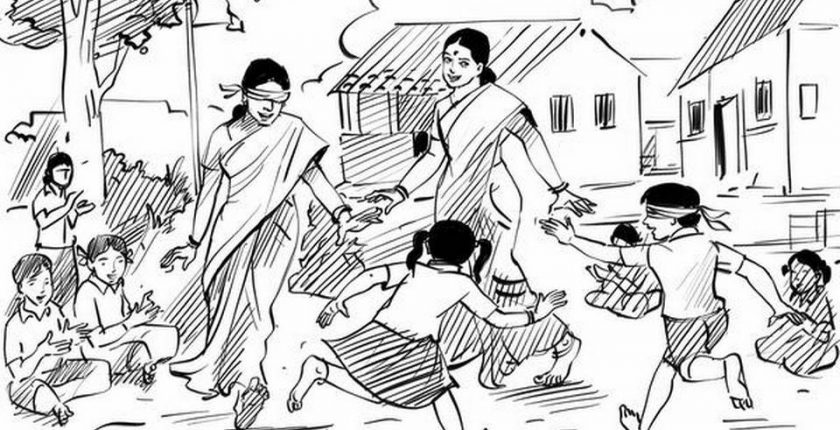 Bengal had been under British control since 1765, missionaries and several other officials had enquired from time to time about the nature of indigenous education in the province. However, no systematic and detailed surveys were done until the Government in 1835 appointed William Adam to undertake an investigation. On 20th January 1835, barely a month before Macaulay was to deliver his famous minute on Indian Education, Lord Bentinck appointed William Adam to conduct an official enquiry into the native institutions of Bengal and Bihar. [1]

Following his investigations that lasted over two years (1836-8), William Adam submitted three reports which “remain to this day an extremely important source of information regarding the state of indigenous education in early nineteenth century Bengal. [2] Four editions of Adam’s work, including the original reports that were submitted to the government from 1835-38, have been published at various junctures of time. [3]

Adam’s first report was based on a preliminary investigation and a review of pre-existing materials. It is the second and third reports of Adam that contain the results of his fieldwork and reveal a great deal of information. In his second report (which pertains to the district of Rajshahi in Bengal), Adam reveals that every native school has but one teacher. Adam’s second report also informs us about the number of pupils, the usual age of admission as well as of leaving school, the medium of instruction, the curriculum, the school building and the remuneration of the teacher as well as the teacher’s name, caste and age.[4] Adam’s third report pertained to three districts of Bengal (Burdwan, Beerbhoom and Moorshedabad) and two districts of Bihar (Tirhoot and South Bihar). This report reveals for each district, the number of schools categorised according to the medium of instruction. [5] It is beyond the scope of this article to list all of the statistics compiled by Adam. So, we will only highlight the most noteworthy points that will help us get a fair idea of the state of education in those days.

Let us look at some numbers to begin with. In his first report, Adam observed that almost every village had a school. So, there were more than 100,000 village schools in Bengal and Bihar and there was a village school for every 400 persons. [6] Adam’s subsequent investigations looked at different kinds of schools in specific districts. For instance, his second report reveals that the district of South Bihar had a total of 286 Hindi schools in which 3,090 scholars received instruction. [7]

Adam’s reports also give information about the social composition of students and teachers of indigenous elementary schools.It is interesting to note that these reports contradict the notion of Brahminical hegemony. Much ink has been spilled on the hegemony of Brahmins in indigenous institutions and the inaccessibility of education for the socially backward classes. [8] But Adam (like his counterparts in the Madras Presidency) found that a significant percentage of students belonged to low castes such as Malo, Chandal, Kahar, Luniar, Dhoba and Kalu. [9] These castes were also found to be well represented amongst the teachers of elementary schools, the majority of whom were non-Brahmins. For instance, Adam observed that in the district of South Bihar vernacular instruction was “almost wholly in the hands of the Kayastha or writer caste, and that the institutions of the country are still in this respect in almost unabated force. There are no brahman-teachers.” [10] There is now a vast body of evidence in the form of colonial surveys indicating that nearly all sections of pre-colonial Indian society enjoyed comfortable access to mass elementary education. Yet, educational historians have often treated such evidence with extreme scepticism. For instance, Poromesh Acharya claims that the Bengali patshala system “in spite of its extensive mass-base and mass-mooring in the curriculum, contributed in perpetuating the hierarchical social structure and Brahminic hegemony over society.” [11]

Let us now turn to the qualitative aspects of indigenous schools. Adam found that a scholar typically went through four stages of instruction during the course of his studies in a Bengali patshala.[12] Amongst the textbooks taught in Bengali schools, the Subhankar was found by Adam to be commonly used for basic arithmetic. Elementary grammar was taught through books such as Sabda Subanta and Ashta Sabdi. In addition, the Sanskrit verses of Chanakya (a book on statecraft and general principles by the ancient philosopher named Chanakya who lived between 371 and 283 B.C.) containing pithy maxims and general precepts of morality were read and memorized. Other general instruction included compositions in praise of various gods and goddesses such as Data Karna (on the altruistic nature of Karna, a hero in the Mahabharata), Ram Janma (on the birth of Lord Ram), Ganga Bandana (on the qualities of the river Ganges) etc. as well as extracts from religious epics such as the Sundar Kand of the Ramayana, or the Adi Parva of the Mahabharata etc. [13]

To sum up, the above report of Adam is just one among many other contemporary reports on indigenous education that we have discussed in other articles of this series. All these historical records reveal that there was a large pre-existing network of village schools in India when the British arrived there in the early nineteenth century. Was this pattern also found in Punjab which was the last province to be annexed by the British? We will explore this question in the next parts of this series.

Revisiting “The Beautiful Tree” – 4 – Caste Profile of the Students
Were Indians Uneducated Before the British Arrived?
The Book I Would Pass To My Children