Pandemics: It all depends on Human Behavior!

This article is taken from the concluding lines of Spillover: Animal Infections and the Next Human Pandemic by David Quammen. It talks about the human fault with the modern pandemics. Pandemics have always been with the human beings, but the way humans are living now is also greatly responsible for increasing the chances of the pandemics, and making a local endemic disease into a global pandemic. 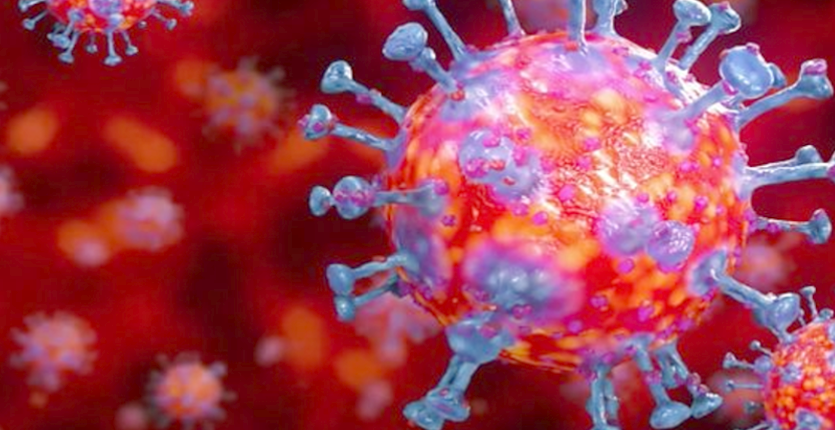 The scientists are on alert. They are our sentries. They watch the boundaries across which pathogens spill. And they are productively interconnected with one another. When the next novel virus makes its way from a chimpanzee, a bat, a mouse, a duck, or a macaque into a human, and maybe from that human into another human, and thereupon begins causing a small cluster of lethal illnesses, they will see it—we hope they will, anyway—and raise the alarm.

Whatever happens after that will depend on science, politics, social mores, public opinion, public will, and other forms of human behavior. It will depend on how we citizens respond.

So before we respond, either calmly or hysterically, either intelligently or doltishly, we should understand in some measure the basic outlines and dynamics of the situation. We should appreciate that these recent outbreaks of new zoonotic diseases, as well as the recurrence and spread of old ones, are part of a larger pattern, and that humanity is responsible for generating that pattern. We should recognize that they reflect things that we’re doing, not just things that are happening to us. We should understand that, although some of the human-caused factors may seem virtually inexorable, others are within our control.

The experts have alerted us to these factors and it’s easy enough to make a list. We have increased our population to the level of 7 billion and beyond. We are well on our way toward 9 billion before our growth trend is likely to flatten. We live at high densities in many cities. We have penetrated, and we continue to penetrate, the last great forests and other wild ecosystems of the planet, disrupting the physical structures and the ecological communities of such places.

We multiply our livestock as we’ve multiplied ourselves, operating huge factory-scale operations involving thousands of cattle, pigs, chickens, ducks, sheep, and goats, not to mention hundreds of bamboo rats and palm civets, all confined en masse within pens and corrals, under conditions that allow those domestics and semi domestics to acquire infectious pathogens from external sources (such as bats roosting over the pig pens), to share those infections with one another, and to provide abundant opportunities for the pathogens to evolve new forms, some of which are capable of infecting a human as well as a cow or a duck.

We treat many of those stock animals with prophylactic doses of antibiotics and other drugs, intended not to cure them but to foster their weight gain and maintain their health just sufficiently for profitable sale and slaughter, and in doing that we encourage the evolution of resistant bacteria. We export and import livestock across great distances and at high speeds. We export and import other live animals, especially primates, for medical research. We export and import wild animals as exotic pets. We export and import animal skins, contraband bush meat, and plants, some of which carry secret microbial passengers.

We travel, moving between cities and continents even more quickly than our transported livestock. We stay in hotels where strangers sneeze and vomit. We eat in restaurants where the cook may have butchered a porcupine before working on our scallops. We visit monkey temples in Asia, live markets in India, picturesque villages in South America, dusty archeological sites in New Mexico, dairy towns in the Netherlands, bat caves in East Africa, race tracks in Australia – breathing the air, feeding the animals, touching things, shaking hands with the friendly locals—and then we jump on our planes and fly home. We get bitten by mosquitoes and ticks. We alter the global climate with our carbon emissions, which may in turn alter the latitudinal ranges within which those mosquitoes and ticks live. We provide an irresistible opportunity for enterprising microbes by the ubiquity and abundance of our human bodies.

Everything I have just mentioned is encompassed within this rubric: the ecology and evolutionary biology of zoonotic diseases. Ecological circumstance provides opportunity for spillover. Evolution seizes opportunity, explores possibilities, and helps convert spillovers to pandemics.

It’s a neat but sterile historical coincidence that the germ theories of disease came to scientific prominence at about the same time, in the late nineteenth century, as the Darwinian theory of evolution—neat because these were two great bodies of insight with much to offer each other, and sterile because their synergy was long delayed, as germ theories remained for another sixty years largely uninformed by evolutionary thinking.

Ecological thinking, in its modern form, arose even later and was equally slow to be absorbed by disease science. The other absent science, until the second half of the twentieth century, was molecular biology. Medical people of the earlier eras might guess that bubonic plague was somehow related to rodents, yes, but they didn’t know how or why until Alexandre Yersin, during an 1894 epidemic in Hong Kong, found the plague bacterium in rats.

Even that didn’t illuminate the path to human infection until Paul-Louis Simond, several years later, showed that the bacterium is transmitted by rat fleas. Anthrax, caused by another bacterium, was known to kill cows and people but seemed to arise by spontaneous generation until Koch proved otherwise in 1876. Rabies was even more obviously associated with transmission to humans from animals—notably, mad dogs—and Pasteur introduced a rabies vaccine in 1885, injecting a bitten boy, who survived. But rabies virus itself, so much smaller than a bacterium, couldn’t be directly detected nor traced to wild carnivores until much later.

During the early twentieth century, disease scientists from the Rockefeller Foundation and other institutions conceived the ambitious goal of eradicating some infectious diseases entirely.

They tried hard with yellow fever, spending millions of dollars and many years of effort, and failed. They tried with malaria, and failed. They tried later with smallpox, and succeeded. Why? The differences among those three diseases are many and complex, but probably the most crucial one is that smallpox resided neither in a reservoir host nor in a vector. Its ecology was simple. It existed in humans—in humans only—and was therefore much easier to eradicate. The campaign to eradicate polio, begun in 1988 by WHO and other institutions, is a realistic effort for the same reason: Polio isn’t zoonotic. And malaria is now targeted again.

The Bill and Melinda Gates Foundation announced, in 2007, a new long-term initiative to eradicate that disease. It’s an admirable goal, a generously imaginative dream, but a person is left to wonder how Mr. and Mrs. Gates and their scientific advisers propose to deal with Plasmodium knowlesi. Do you exterminate the parasite by killing off its reservoir hosts, or do you somehow apply your therapeutics to those hosts, curing every macaque in the forests of Borneo?

That’s the salubrious thing about zoonotic diseases: They remind us, as St. Francis did, that we humans are inseparable from the natural world. Infact, there is no “natural world,” it’s a bad and artificial phrase. There isonly the world. Humankind is part of that world, as are the ebola viruses, as are the influenzas and the HIVs, as are Nipah and Hendra and SARS, as are chimpanzees and bats and palm civets and bar-headed geese, as is the next murderous virus—the one we haven’t yet detected.

I don’t say these things about the ineradicability of zoonoses to render you hopeless and depressed. Nor am I trying to be scary for the sake of scariness. The purpose of this book is not to make you more worried. The

purpose of this book is to make you more smart. That’s what most distinguishes humans from, say, tent caterpillars and gypsy moths. Unlike them, we can be pretty smart.

Greg Dwyer came around to this point during our talk in Chicago. He had studied all the famous mathematical models proposed to explain disease outbreaks in humans—Anderson and May, Kermack and McKendrick, George MacDonald, John Brownlee, and the others. He had noted the crucial effect of individual behavior on rate of transmission. He had recognized that what people do as individuals, what moths do as individuals, has a large effect on R0. The transmission of HIV, for instance, Dwyer said, “depends on human behavior.” Who could argue? It has been proven. Consult the changes in rate of transmission among American gay men, among the general populace of Uganda, or among sex workers in Thailand.

The transmission of SARS, Dwyer said, seems to depend much on super spreaders—and their behavior, not to mention the behavior of people around them, can be various. The mathematical ecologist’s term for variousness of behavior is “heterogeneity,” and Dwyer’s models have shown that heterogeneity of behavior, even among forest insects, let alone among humans, can be very important in damping the spread of infectious disease.

“If you hold mean transmission rate constant,” he told me, “just adding heterogeneity by itself will tend to reduce the overall infection rate.” That sounds dry. What it means is that individual effort, individual discernment, individual choice can have huge effects in averting the catastrophes that might otherwise sweep through a herd. An individual gypsy moth may inherit a slightly superior ability to avoid smears of NPV as it grazes on a leaf.

An individual human may choose not to drink the palm sap, not to eat the chimpanzee, not to pen the pig beneath mango trees, not to clear the horse’s windpipe with his bare hand, not to have unprotected sex with the prostitute, not to share the needle in a shooting gallery, not to cough without covering her mouth, not to board a plane while feeling ill, or not to coop his chickens along with his ducks. “Any tiny little thing that people do,” Dwyer said, if it makes them different from one another, from the idealized standard of herd behavior, “is going to reduce infection rates.” This was after I had asked him to consider The Analogy and he had pushed his brain against it for half an hour.

Insurgency, Drug Trafficking & Christian Terror in the North-East
The Liberal Iconoclasm
How Paradoxes Result from a Bi-valued System of Logic 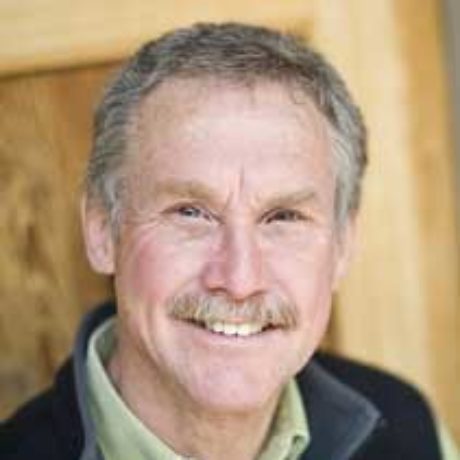 David Quammen is an American science, nature and travel writer and the author of fifteen books. He wrote a column called "Natural Acts" for Outside magazine for fifteen years. His articles have also appeared in National Geographic, Harper's, Rolling Stone, the New York Times Book Review and other periodicals.