Does Islam Offer Anything beyond Fatwas?

This article by Dr. Shankar Sharan discusses the world of fatwas and Maulvis. It discusses how the language of political Islam is nothing but confined to threats and fatwas, rarely evolving to the level of discussion. He also tells us how this inability to hold dialogue within the Islamic society is harming the community itself. 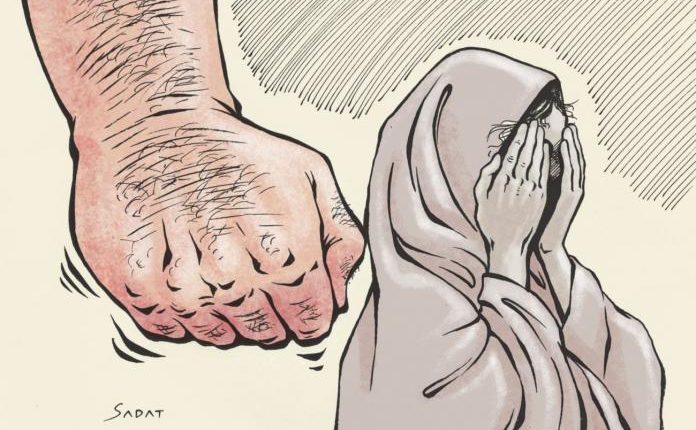 In 2017 some Maulanas in Ranchi issued Fatwa against Rafia Naaz. She was giving Yoga classes and that made the Maulanas uncomfortable. Yoga is recognized for its mental and physical health benefits all over the world. This is as true about the White House in the USA as about a common school in Malaysia. Even Saudi Arabia has given recognition to the practice of Yoga. Yoga is the lifestyle of all Buddhist countries. So when Maulanas issue fatwas against Yoga, do they want to favor illness instead of wellness?

There is nothing in Yoga which shall make the religiously minded uncomfortable. The techniques of Yoga: like sitting in some special positions, controlled breathing, body postures, asanas etc. have been proved to be scientific. Just like tennis, gymnastics, swimming etc. demand some postures, so does Yoga. The benefits of Yoga are visible within an hour. No other proof is required. In this way, it is pure science. It is not a belief which opposes other systems of belief.

The Maulanas are full of rancor, and often over nothing. A little while ago they had also issued fatwa against pronouncing ‘Om’. ‘Om’ is not against a faith or belief! It is not an idol, a book, or a song. It is a vowel. A sound. Does a mere sound threaten a faith? One Maulana Abul Kasim Nomani argued that the pronunciation of ‘Om’ is a part of Hindu rituals and that is why the Muslims should not pronounce it. Extending this logic even Ganga river is part of Hindu rituals and for that matter even air is used in many Hindu rituals. Shall the Muslims stop using these two also? How long will the Maulanas be stuck in this mire of superstition?

Just as water, air, sunlight and soil are essential for man, so is Yoga. Books about computer science or cosmology are not related to any faith and are useful to all. So are Yoga books. In the past two centuries, from Swami Vivekananda to Swami Shivananda and Sadguru, many Yogic teachers have written books on Yoga in simple language so that the science of Yoga becomes available to all.

Like Physica of Aristotle, Origin of Species of Charles Darwin, the Yoga Sutras of Patanjali is one of the greatest books of history. They are the repositories of knowledge, not faith. They are universally useful.

By issuing these fatwas against Yoga, the Maulanas are just putting themselves in ridiculous position. The Islam that comes out of these fatwas is an Islam which is very insecure and which is so fragile that it can be broken by any small thing. It is a system which just issues fatwas and threats, and which never holds any serious discussion over a problem. This is a weakness, not strength. How long will people remain ignorant of this?

Fatwas are ineffective, even against idolatry. Once, the Bhopal Maulvis had issued fatwa against Surya Namaskar being conducted in the schools. It was claimed that in Islam it is forbidden to bow to any ‘thing’. As the Sun is a sphere, hence bowing to it would be heresy (Kufr). But iconoclasm is also an important principle of Islam. It is imperative in Islam to destroy an idol. Prophet Muhammad himself destroyed 360 idols of gods in Ka’ba, Mecca. These idols were previously worshipped by Arabs. That is why Mohammedans the world over destroyed temples, idols of Buddha and other gods, churches etc. Even today they do so if they get the chance.

By this logic, they should destroy the Sun! Without destroying the Sun their iconoclasm will remain incomplete. The Sun is worshipped daily. What good is issuing fatwa against Surya Namaskar is going to achieve? The Sun is still the ‘god’ for the Kaffirs. Many other nations like the Persians, the Romans and the Eastern Europeans were also sun worshippers. And the Sun still shines on all lands, including Arabia. In that case, if they don’t destroy the Sun then the anger of these Maulvis is nothing but impotent rage.

The fatwa against Yoga is just one example in a long list of Fatwas. There have been many fatwas against singing Vande Mataram; against those who say ‘Bharat Mata ki Jai’, against filmi songs, against individuals posting their family pics on social media etc. These are just the examples from India. If we collect and analyze the fatwas issued all over the world in the past few centuries, we will realize that Islam lost the battle a long time ago; and that all Muslims have become Kaffirs.

Because if those Fatwas are correct, then crores and crores of Muslims are neck deep in heresy. To get painted, having a photo clicked, to listen music, to shave, to wear a suit, to send girls to school, to work in office, to go without burqa, to go to the market with someone else other than one’s husband, and living in a country which is not ruled by the Shariat – all of this is against Islam.

In 1919, Maulana Abul Kalam Azad issued a fatwa that Indian Muslims should do a ‘Hizrat’ because Islam does not allow them to live under the rule of the Kaffirs. Thousands of Muslims followed the fatwa of Azad and proceeded towards Afghanistan. Their fate is another story. Suffice here to say that according to this Islamic rule all Indian Muslims are working against Islam, just by living in India.

Similarly, all film stars are disrespecting Islam daily by practising their profession. All the singers, musicians, lyricists, photographers etc. are engaging in direct heresy. Rafi, Naushad, Shakeel and Yusuv Bhai practised heresy all their lives. They must be burning in the hell fire today! This is not a matter of joke! From Ayatollah Khomeini to every second Maulana it is a matter of common consensus that music is strictly prohibited in Islam. As a result, until just ten years ago, no movies were made in Saudi Arabia. They have started making movies now, but not without inviting the ire of the Imams. The hold of the Imams on the country has weakened in the country otherwise movie making would have remained a prohibited activity there.

The fact that many Islamic injunctions are never applied or followed means that the Maulvis etc. do not have enough power. That is why as soon as some fundamentalist Islamic country or organization grabs power in a country they try to implement those fatwas with full effect. In India, in many cases from Shah Bano, to Gudia, Imraana, Zarina, Saira etc. and hundreds of other examples, Islamic Shariat has been applied, neglecting the law of the land.

This is the crux of the matter. It is a waste of time to analyse deeply what is written in various books of Hadis, or making out the truth about the convoluted logic that many ivory tower academicians create. All of this logic will come to nothing when the power of the Islamic state increases. This is not just true about Syria or Afghanistan but also about Iran, Iraq, Pakistan, Bangladesh, India, England, Germany etc.

The question which arises is: does Islam offer anything else other than fatwas or threats? Did it ever have anything else to offer? Islam offers nothing except threats and fatwas to anyone or anything which is not in accordance with Islam. This has been the nature of Islam since the beginning. Its own followers say with pride: “Quran and the Sword”. History is witness to the fact that the only relation that Islam has had with all outsiders is that of the sword.

The Hindu saints and thinkers explain their beliefs and arguments in detail to their followers. This does not happen with Islam and its teachers. The only thing they can do is to say: this is haram, this is prohibited, that is not allowed; and this is heresy! The only step forward from this is direct threats to “kill”, “hang”, “behead” etc.

Irrespective of what the issue is, the Maulvis have no argument except violence. This is not the case with just one country. From India, to Iran, Arabia, Europe and America, the flag bearers of Islam know just one language – fatwas, threats, deception and violence. No matter how long you go back in time, the only thing you will find are fatwas and threats. From Srinagar to Toronto, Multan to Dhaka, Deoband, Tehran and Morocco to Nigeria, the only thing you can hear are threats and fatwas. There is no effort to make an intellectual argument. Let alone non-Muslims, the Maulanas don’t even try to convince the Muslims with logic and argument. Which Maulana talked to Tasleema Nasreen or Wafa Sultan?

Swami Ramdev tells the benefits of Yoga to people and then encourages them to do Yoga. What do the Maulanas say about Yoga, in contrast? The only thing they can do is to issue a fatwa and threaten people with violence. Instances are different, but the reaction is always only one: fatwas and violence. The matter may be social, intellectual, political or just a matter of family, the only resort for the Maulanas is violence or the threat of violence.

That is why the Maulanas have to think whether there is anything creative in Islam? Is there no text in all the books of Islam which can convince others with logic and rationality? If this is the case, then one has to seriously ponder how long this ideology can go. No ideology can manage to rule the world just on the basis of guns, swords and threats of violence. Sooner or later people will want to come out of its restricting sphere. Those Muslims who think like this are increasing in number. After all they have abandoned many Islamic concepts such as Hizrat or Dar-ul-Harb.

By issuing fatwas against Yoga, the Maulanas are fighting a losing war. The same kind of war that the Church fought with Galileo. Galileo said that the Earth is a globe and it goes around the Sun. This was against the prevalent beliefs of the Church in those days. An irate Church shut Galileo up. But how long could that go? The same is now happening to the Maulanas, Muftis, Ayatollahs and Imams. The rational and logical people will start to see the uselessness of fatwas. And these people will be both Muslims and non-Muslims.

Jizyah: The Fiscal Jihad
Religious Pluralism or the Unity of Religions
What India can learn from France’s fight with Islamic terrorism?