Was Gujarat Educated in 19th Century?

We know that Gujaratis were great businessmen even before the British came to India. But few of us know the reason why Gujaratis kids have always been so smart in mathematics and business. Read on to find out. 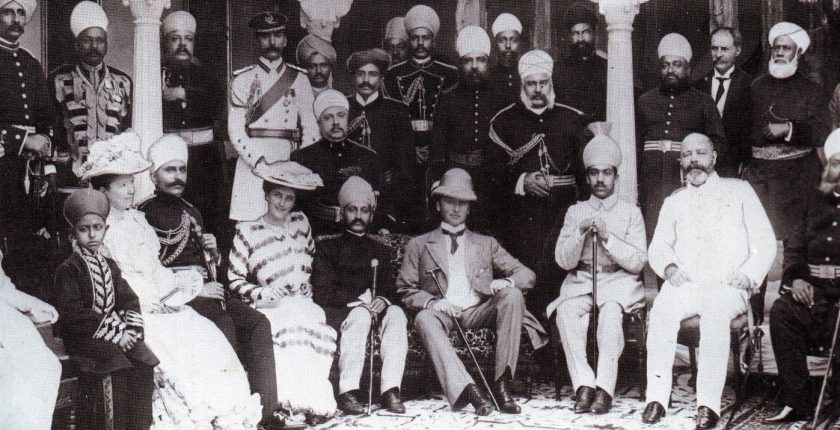 Part 3: One Teacher, One School – The Adam Report on Education in Bengal

We know that Gujaratis were great businessmen even before the British came to India. But few of us know the reason why Gujaratis kids have always been so smart in mathematics and business. In this third part of our series on indigenous Indian education, we will highlight some select reports submitted by British officials on the state of education in the Bombay Presidency which included the modern states of Maharashtra and Gujarat. As we discussed in the first part, Mountstuart Elphinstone, then Governor-General of Bombay (1819-1827), had ordered the Commissioner in Deccan and to the district collectors of Gujrat and Konkan to report on the state of education in their respective districts.

These collectors’ reports were very brief, and supplied no additional information except that required in the prescribed forms circulated by government. I am deeply indebted to the late eminent educationist Shri R.V.Parulekar whose publication titled Survey of Indigenous Education in the Province of Bombay gave me the first insight into the colonial reports pertaining to the Bombay presidency. [1]

In the introduction to his work, Shri Parulekar remarked that the British officers “were out to show that the state of education was very very low and therefore, Government must take up the question in hand.” [2]  Therefore, even before the Governor-General, Elphinstone, had ordered these enquiries, he was convinced that the colonial state had to radically reform native schools.[3]

According to Elphinstone, there was no use to teach people to read if their studies were “to be confined to legends of Hindoo gods.” [4]Therefore, Elphinstone had devised an elaborate scheme of reforming the indigenous system even before he had the complete knowledge about the nature of pre-existing indigenous schools in his province. His plans consisted of imposing regular superintendence, increasing the number of schools, supplying ‘useful’ and ‘moral’ books, training school masters, diffusing European knowledge etc. [5]

Nonetheless, the educational surveys were conducted in various disctricts of the Bombay presidency not with the hope of finding any worthy attribute of the native schools but with a view to determining the “most advisable means to be adopted for the better education of the Native population”. The Government of Bombay in a letter dated 10th March 1824 asked officials to furnish information on the number of village schools in their respective Zillahs, the allowances granted to schoolmasters etc. [6]

The Bombay Government received an exceptional report from Mr. Crawford, the Collector of Ahmedabad, on the state of indigenous schools in his district. [7] In the first appendix to his report, Crawford gave a tabulated analysis of the number of schools and scholars in the collectorate of Ahmedabad.

According to these returns, there were 928 villages in the Collectorate, but only 49 of them had schools. [8] There were, in all, 84 schools in which about 3,000 scholars received instruction. Of these, 410 were classified as Brahmins, 1080 as Wanees, and 524 as Kunbees (agriculturists). The remaining scholars were distributed over 17 different castes including such ‘menial castes’ as Mochees (cobblers) and Koombhars (Ironsmiths). [9] These findings are similar to the ones made by Mr. Campbell of Madras as discussed in the previous article of this series. Much like the findings from the Madras presidency, the reports from the Bombay presidency further shatter the myth of Brahminical hegemony in the sphere of education.

In the first five arithemtic lessons, a pupil learns the numerical tables from 1 to 100. From the fifth lesson, the pupil begins to write the figures and from the sixth to the fourteeenth lesson, the pupil learns the multiplication of fractions with various fractions and whole numbers. In the fifteenth lesson, the pupil is taught the addition of whole numbers and quarters. Students who are found good in these fifteen lesssons are then taught the alphabet and to read and write and subsequently they proceed to learning the relatively more advanced knowledge of the various weights and land measures used in their district. [11] Having completed the above course of instruction, the pupil was taught ‘moral and religious precepts’ before he left school and entered upon business. [12]

But the basic ‘crash course’ of fifteen lessons was alone sufficient for boys to know multiplication tables of whole numbers up to forty, and of fractions up to three and a half. Crawford was amazed to see the complexity of mathematical calculations that boys, barely 10 years old, were expected to master. For instance, upon completing the tenth arithmetic lesson, a pupil could perform multiplications up to 20 times 20; and by the end of the fifteenth lesson, he would have memorized tables up to 100 times ¾.

The above account of indigenous education from the district of Ahmedabad shows that Gujaratis were educating their kids in mathematics and business in the 19th century and had been probably doing so for a long time consiering the long and rich history of trade and commerce in Gujarat. In the next article of this series, we will describe the state of pre-existing education that the British saw in Bengal in the 19th century.

Our New Education Policy: Progressive or Regressive?
Our Homeschooling Journey
The Meaning of History