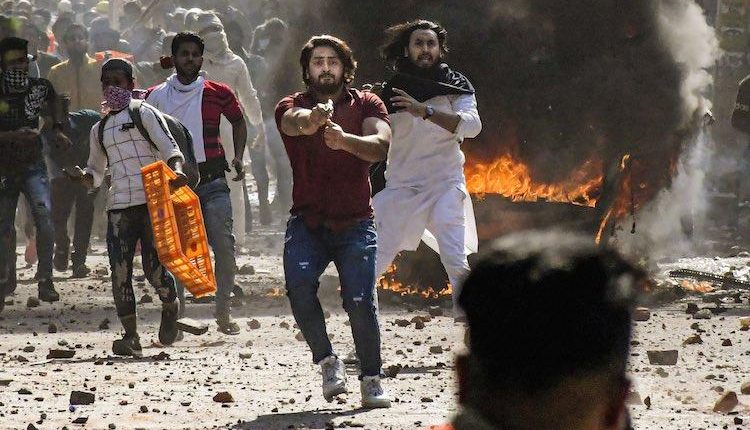 In the Classical period of Greece when Aristotle was adding new jewels on the crown of Greek philosophy, he would have seldom thought that one of the aspects of his Philosophy will be the dominant stream of thought amongst the intelligentsia in India after more than two millennia. Golden mean, an idea that the desirable way between two extremes is in the middle, has been liberally applied in the domain of narrative and truth. Committed to their intellectual integrity, liberals leave no stone unturned in applying a philosophical Maxim related to ethics to a completely different domain to show their creativity.

In recent times, there were anti-Hindu riots in Delhi. But this is just one side of the truth. If we believe the narrative which was propagated by right wing bigots of India they wish to do the Holocaust of Muslims, notwithstanding the fact that Hitler received resounding support of Arab Muslims in his endeavors to massacre the Jews. Muslims in India have the least chances of facing anything similar to Holocaust, but the enlightened liberal mind knows that no riot can be directed at a particular community.

If the liberal still considers Marxism as sacred, it can also be explained by the interplay of material forces. At the same time, it’s perfectly reasonable to argue that it was a pogrom directed towards Muslim community as pogrom is always anti-something. The meaning of the word in the liberal intelligentsia depends on the state of mind of the liberal intellectual, not on objective truth.

Having said that, Delhi riots were declared to be one amongst the many communal riots in India and if one is keen to know the truth, they must look at the golden mean if Hindus and Muslims occupy the opposite extremes. Any such labelling is not new as it will be established by a historical survey consistent with historical materialism in the article later.

When Muslims of Malabar region committed the massacre and forced conversion of Hindus under the cover of secular Caliphate movement, the attempt was to find the truth in the middle. It was soon revealed that it was an agrarian revolt against the landholding Hindu upper castes led by landless Muslim proletariat. Even if Hindus were at receiving end, the scientific analysis of Marxism coupled with golden mean helped in demonstrating that Hindus were equally responsible by being landlords instead of giving up their private property rights to realize the dream of Marxism. Had that been the case, the truth would have been balanced in the middle without the use of any force or coercion to mould property relations.

Another such application of golden mean was the communal riots during the partition of India in 1947. For the violence, both the communities were equally responsible as people died from both the sides. The historical events leading to the partition of India on the basis of Islamic theology were irrelevant as Hindus didn’t submit themselves to the Muslims. Even then, Muslims would not have been blamed for the riots as they always riot and kill people for purely secular purposes as Islamic invaders destroyed Hindu temples for looting their wealth and took Hindu women and children for selling in the slave market for sustaining their livelihood.

What if Hindu Mahasabha didn’t do anything similar to Direct Action Day organized by Muslim league? What if there wasn’t any equivalent of Noakhali massacre of Hindus? The liberal intelligentsia knows that there would have been complicity from both the sides in the very same manner a murdered person injured the murderer before succumbing to death.

Coming to the present day scenario, the death toll indicates that both the Hindus and Muslims have died. Apply the law of golden middle and declare that both sides are equally responsible. A community which unleashed violence in different parts of the country in December and repeated the same in concentrated areas in Delhi in February is virtually equivalent to the community which was at the receiving end.

Cognition is an extremely energy intensive activity and thinking is probably the extreme of such enervating activities. But, one must become an intellectual to differentiate from the rest of the crowd without spending much of cerebral resources. For such individuals, I’ve figured out a very simple yet intuitive framework to analyse all such events. Apply the concept of golden mean, forget the law of excluded middle, introduce nuance and pronounce judgement. Being a liberal intellectual was never that easy.