Delimitation of Constituencies: The Crisis and the Solutions

– Raghu Bhaskaran
India has currently 543 Parliamentary Constituencies. The composition of these constituencies was decided long ago. Since then, the population dynamics of a lot of Indian states has changed. The question which arises now: how to delimit the constituencies so that the respective strength of the populations are reflected in it?

We have a constitutional-national crisis in the freezer. And now it is upon us. It is commonly assumed that in democratic societies with universal franchise, each citizen has exactly equal political representation via “one man one vote” principle. But that is hardly so, because most democracies are indirect democracies with some representational structure. In case of India, does each citizen have an equal say in the running of the country?

Even if we take away all other factors – class, caste, religion, profession etc. and adhere purely to the law, each citizen still does not have the exactly equal political representation. Elections only give an equal chance to all, not equal results.

But we all know, that is never going to be the case, for every citizen in the country in any election. Such a thing is possible only in a direct democracy. And direct democracy cannot be implemented beyond a small scale, limited groups. It is impossible in countries like India with a billion plus population and immense diversity. Hence indirect representational democracy is the structure we will have to go with right now.

We vote for and as, collectives. Political Party is the primary of such collectives. And then other identities like caste, class, linguistic group, ethnicity etc., form a complex collective decision. This representational limitation happens at all levels, including the Lok Sabha.

While political parties are primary modes of collective expression, the States of India are the primary means of exercise of power. “India, that is Bharat, shall be a Union of States”, reads the constitution. Power of governance, is shared by the Union and the States of India, the dynamics of this sharing is critical for success of India as a nation. At the conjunction of ‘representative democracy’ and ‘power sharing via the states’, lies the process of delimitation of constituencies.

In the case the person, I voted for, and the party he/she belongs to, wins and forms the government at the center, yet are insignificant in the state, I reside in, my representational power will not effectively translate into results in governance for me. Because many functions of governance, are in the States’ list of the Constitution: agriculture, law & order for example. And some are in the concurrent list.

In summary, the political representation and resulting power of the citizen is limited and diluted in many ways. The key quantifier is the ‘delimitation of constituencies’ based on the population, which in turn drives the power of any state within the nation.

UP by its large population, has the most constituencies, makes or breaks political victories, therefore wields outsized power in governance. No political party will make any policy which will explicitly disadvantage UP, even if it is of overall advantage via other states.

This problem was evident even during the early days of the republic, but India was struggling to stabilize and this was put aside. And there a was push towards family planning during the 1970, 1980 whose results brought back the focus on the delimitation of constituencies.

Population growth rates dropped rapidly in South India, whereas family planning wasn’t that successful in the North. The divergence kept increasing, bringing this issue to focus. But other events happened, wars and then emergency, during which Indira Gandhi’s infamous forty second constitutional amendment, which imposed socialism and secularism among other things, also addressed this brewing crisis.

It froze any delimitation of constituencies for elections to Lok Sabha and State Legislative Assemblies until after the 2001 Census of India, by amending article 170 (relating to composition of Legislative Assemblies). Post emergency, many provisions on the amendment were not rolled back and this also stayed on the books. 2003, Atal Bihari Vajpayee’s government, received the results from 2001 Census, escaped from tackling this, but extending the freeze to 2026. That is the history of the freeze.

But a frozen iceberg can still cause trouble, even if it is just the tip that is visible. The population census is not only used for delimitation of constituencies, but also for the “tax devolution”, by the financial commissions to redistribute the pooled tax collections among the states. This as well had been frozen to use the 1971 census figures.

This caused a furor in 2018, when the Fifteenth Financial commission used the 2011 census to determine tax devolution. Which naturally lead to Southern states cutting across parties, protesting that they are being punished for their better population growth policies and implementation. Like how a farmer or student would feel, when they have been properly repaying their loans, then a party comes to power, waiving all outstanding loans. They will feel cheated.

The Finance Commission then managed by distributing the weightage, between the 2011 census and 1971 census, as a solution. But when it comes to financial distribution, it is reasonably accepted by sensible people, that the poorer members of the family or those in more need, should indeed get more resources. And states are the members of the National family. It is indeed the responsibility of the Central govt., to take more from the economically successful states, to assist the economically struggling states.

Though such assistance should be used to invest in the states or people, and should not be given out as freebies and subsidies. But the financial dis-proportionality, is not as emotive and critical, as the representational dis-proportionality, which is looming ahead of us, once 2021 Census results are revealed.

There is also a strong political dynamic here. With BJP having a dominant presence in the North, this also will add to the divisive narrative that North constantly short changes the South. Be it with language, money and if the delimitation is badly handled, with representation itself. In a group, members may grudgingly put up with differential treatment with facilities, entitlements, if they feel that this representation itself is not diluted. To do so, will strike at the very basis of their participation in the group.

Civilizational unity deniers, like the EVRites in TN will play massive mischief and Hindi belt jingoists will confuse civilizational belonging, with loyalty to a political state and further inflame the discourse. To most Hindus and even others, the loyalty to the modern political state, is an extension of their belonging to the civilization entity of Bharatha. But if Socialist Secular Republic of India, behaves in particularly skewed manner, it will result in a backlash. This is best seen in the rise of Hindutva, when the population saw that ‘Secularism’ was a skewed behavior of the state, unfavourable to the Hindus.

Any poor handling of the delimitation of constituencies, will cause even otherwise nationalist population, have their loyalty to the Republic tested and change the paradigm of the nation. The question then is: what are the choices?

Here are a few probable answers:

Extending the freeze, is an expedient choice, but a timid one and it does dilute the representational weightage of States with larger population.

Forcing the issue by strictly using the latest census is a tyrant’s choices and reduces the significance of the States with lesser population.

Both these are not good for the health of the nation. It would be better to explore alternatives,

These are some thoughts from an amateur perspective and may not be viable, yet the hope is the wise and prudent policy makers, in political parties, administration and judiciary are already thinking about such things and not wait till it is too late. 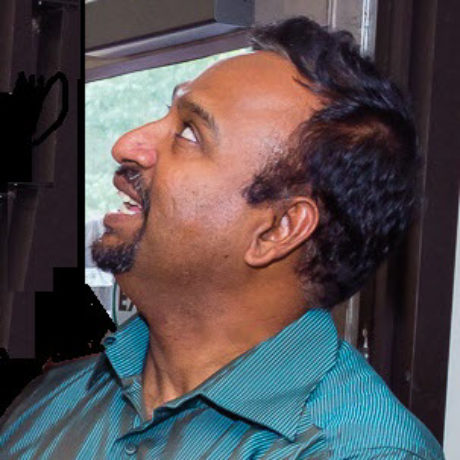