Jizyah: The Humiliation of Non-Muslims

In this article, Dr. Harsh Narain explains how Jizyah is not only an instrumentation of fiscal terror. He tells us how Jizyah uses humiliation as an instrument in order to intimidate the non-Muslim to eventually convert to Islam. The very process of Jizyah, which is touted as a tool of ‘protection of non-Muslims’ is actually 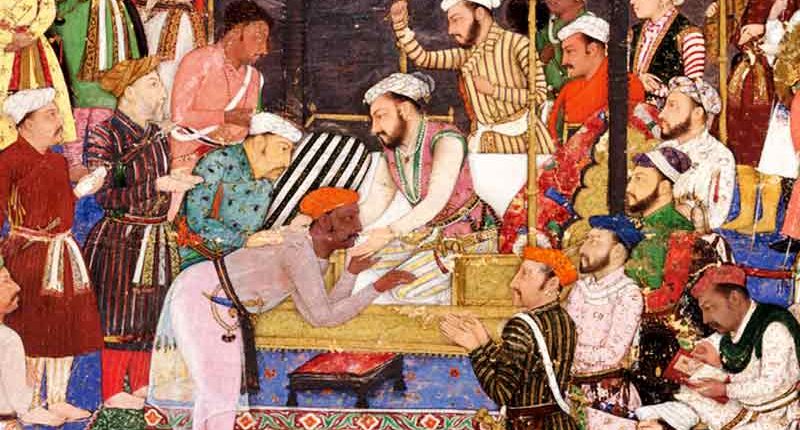 The classical jurist- theologians give us the Covenant of ‘Umar, preserved in the form of a letter submitted by the Christians of Syria as Dhimmi-s to Abu ‘Ubaydah, which ‘Umar ratified. The letter contains the following terms, ostensibly on behalf of the Christians:

All the four leaders of Muslim law agree that no new construction of places of worship by Dhimmi-s is permissible in cities and big towns of Dar al-Islam. Those other than Imam Abu Hanifah do not permit such construction anywhere else as well. Imam Abu Hanifah permits it to Scripturaries at a distance at least of one mile from the fortifications of a town. Imams other than Imam Ahmad ibn Hanbal permit repairs of Churches and synagogues in case their site had been gifted to the Dhimmi-s. Ibn Hanbal appears generally to be opposed to repairs of all kinds, though he sometimes opines otherwise also.

The Dhimmi suffered from legal disabilities as well, in matters of testimony, criminal law, marriage, inheritance etc. he could not inherit from a Muslim. In the event of his wife’s conversion, he was required to be converted or to divorce her. If he was employed in the army, he could get allowances but no legal share in the spoils (ghanimah). Besides, there were certain extra-constitutional disabilities and indignities to which the Dhimmi-s were subjected without scruples.

Muslims used to gather fruits from the former’s orchards and gardens, pastured their cattle on their fields, took beggar from them. Zayd bin Sa’sa’ah told the governor of Basrah (36-40 A.H.) that Muslims knocked at the doors of Dhimmi-s, and, if the doors were not opened, broke them open, took out the goats therein, and slaughtered them for food at will.

Indeed, non-Muslims found jizyah as the most degrading of the disabilities and indignities under the Muslim rule. That is why many non-Muslim rulers and tribes were prepared to open the doors of their treasuries to the Muslim armies but shuddered to think of paying Jizyah.

The offer of the Byzantine governor to the Muslims referred to above is an instance in point. Indeed, in history the dread of Jizyah on the part of the non-Muslims consisted in not only the quantum of the tax and of all other discriminatory fiscal liabilities that it implies but also and more so in its being a symbol of utter servility and abject surrender and subjection demonstrated by the procedure, written and unwritten, laid down for paying Jizyah and thereby becoming a Dhimmi.

We have seen that sometimes liability to pay Jizyah did not cease even after conversion. A strange phenomenon indeed. But a stranger phenomenon is the plight of neo-Muslims even if not assessed to Jizyah. Even after conversion to Islam, a non-Arab continued to suffer a number of humiliations and disabilities. Under the Umayyad’s, no non-Arab convert to Islam could marry an Arab girl. Under Hajjaj bin Yusuf’s dispensation, no such convert could lead the prayer assembly in a mosque in al-Kufah, nor could he be appointed as a judge (Qadi). In many matters he was ill-treated like a Dhimmi.

Non-Arab converts to Islam were called Mawali (Singular Mawla), like manumitted slaves, who, too, were called Mawali. We cannot go into details here. Suffice it to add that, in his Murawwaj adh-Dhahab, Mas’udi quotes a verse to the effect that ‘Whoever wants to see degradation, infamy, and disgrace cumulatively at one place would do well to see a Mawla.

Till the conquest of Mecca by the Prophet in 8 A.H. there had been no concept of non-Muslim subjects. There were only treaties with non-Muslims subjects. There were only treaties with non-Muslims on specific terms and conditions. The idea of their subject-hood came to the fore thereafter, with Jizyah. Non-Muslims could become part of the protectorate under Muslims and save their life and property to a given extent and their religion, too, to some extent by paying Jizyah.

The non-Muslims so protected, called Dhimmi-s, were not citizens – yes, neither first-class citizens nor second-class citizens – but miserable subjects of the Muslim state, with no political rights, or even fundamental rights worth the name.

Maududi writes; ‘During the times of the Prophet and the ‘legitimate’ Caliphs, no example is available of a Dhimmi having been appointed as a member of the Advisory Council (majlis-I shura), a governor of some region, a judge of some place, a minister or administrator of some department, or a commander of some army, or of a Dhimmi having been given an opportunity to take part in the selection of a Caliph; although Dhimmi-s did exist during the age of the Prophet, and during the times of the legitimate caliphs their population ran into crores.

Indeed, Dhimmi-s were just a tolerated mass managing their own affairs according to a schedule imposed upon them against their will.

Dhimmi-s could hardly consider it morally imperative to cooperate with the Muslims in the latter’s bid to exterminate the former’s own religions and communities. The war fought by the Muslims was far from being an ordinary war; it was a war often against what the Dhimmi-s held dear. In such a war no non-Muslim would like to side with the Muslims unless he chooses to turn a traitor to his own religion.

And, if the Muslims do find such a one, they would naturally welcome him. Exemption from Jizyah is nothing compared with the stakes involved. And the fact that the Muslims did succeed in finding such Dhimmi-s on occasion serves to betray the amount of torture the latter must have been subjected to, turning them practically against themselves to enable them to heave just sigh of relief.