Religious Pluralism and Freedom of Religious and Spiritual Experience

Freedom in the West, is often interpreted as the freedom of action of individual in this world. But David Frawley, in this brilliant excerpt of ‘Awaken Bharata’ explains how freedom has many modes and internal freedom is the freedom which Hindu Dharma has always focused upon. 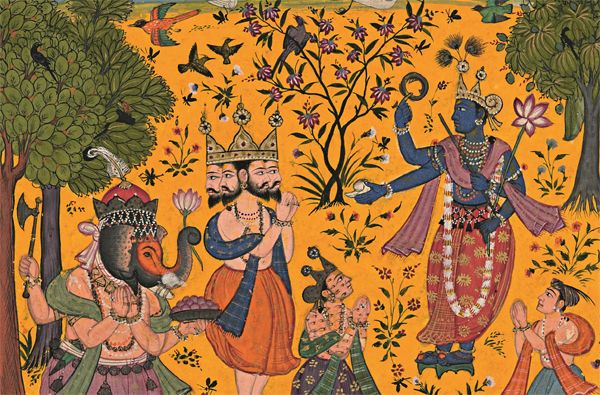 A Pluralistic view accepts that there are many different spiritual paths. These paths have various degrees of differences between them, some perhaps minor, some major. Difference paths will appeal to different individuals relative to their varying temperaments or levels of development, which are bound to be diverse and ever changing. Some of these paths may be good or noble; others may be naïve or perhaps even despicable. Some may appeal to a lower level of religious temperament; others may appeal to a higher level of spiritual realization.

A pluralistic view does not seek to force these paths into any preconceived harmony or bar people from following paths that are not good or exalted. It does not attempt to police the paths, but rather to sustain the freedom that prevents any one path from imposing itself upon all as the final truth. In pluralism there is no final judgement about these different paths. Each person is allowed their own opinion of what they think is best. The freedom to follow a path is as important as what any path may be.

A pluralistic view does not bar either disagreement or debate between different paths. It allows people to critically examine and choose between different paths to find out what is valid for them on an individual basis. In fact, a pluralistic view encourages free and critical discussion and does not place religions, like sovereign nations, outside the sphere of examination as if anything called a religious faith could no longer be questioned.

Pluralism allows the clash of paths, not as an outer battle, but as part of a spirit of free examination. This clash of paths is as important as any unity between paths for helping the human spirit grow. We grow spiritually more from dialogue with those who disagree with us than from having our beliefs unquestioningly affirmed by others. This requires that we are willing to have our own views scrutinized as well as being willing to examine those of others.

Yet though creating a forum for possible debate, a pluralistic tradition does not seek to finalize that debate or even insist that people partake in it. Pluralism asks that we maintain tolerance in spite of such disagreements and debates. It means that we should accept religious differences as a fact life, like other natural variations, even if all such variations are not entirely wholesome. Pluralism does not require that we make all religions the same, it doesn’t even require that we like all religions. It allows us to have our own judgements, however narrow or wide these may be, as long as we allow others the same freedom of opinion.

Nor does pluralism try to reduce one religion to another. It doesn’t say that Buddhism has to become a form of Hinduism regardless of what Buddhists might think, that Christianity and Judaism must reunite, that all religions have to become sects of some greater religion, or similar attempts to equate or unite different religions. Nor does it say it is wrong for people to have such ideas. Pluralism allows different religious views to exist including those that are synthetic and those that are not. It allows religions to come together if they wish, but to stay apart if that is their inclination. It recognizes that differences in religion can contribute to the beautiful diversity of life and don’t have to be a problem.

Pluralism does not mean that a person cannot be strong in their particular path. Pluralism does not mean that a Hindu cannot be a staunch Hindu but has to be a Christian and Muslim as well in order to be tolerant. Similarly, it does not mean that a Christian or Muslim should not be allowed to regard his faith as the highest. A pluralist view says that a person has the right to worship a stick or a hole in the wall, if so inclined. And, no matter how evolved a person may think he is, he has no right to interfere with the spiritual practices of another, because interference is itself the most un-evolved of all religious actions. It means that however much we may think our path is the best we must allow other people a similar dedication to their own paths, even if it is contrary to ours, including the freedom not to follow any path at all.

Pluralism means we must make the freedom of religious experience more important than the supremacy of any particular belief. We should respect our neighbor’s right to follow another religion, even if we think that it is contrary to the real truth. This mean that missionary efforts to convert others by persuasion and intimidation should come to an end and be replaced by a free examination of religious issues with honestly, courtesy and friendliness.

To arrive at truth in any field we need freedom. Freedom creates diversity. Both freedom and diversity allow for creative growth and inquiry. Truth can also be arrived at as the result of individual search. It cannot be imposed upon the resistant individual as a collective belief, which makes it little more than a blind emotion.

Human beings naturally have different temperaments, inclinations and stages of development. We should have learned after so much bloodshed through history that to try to impose one way of thought on all people is an error. It is not spiritual and goes against life, which is filled with every sort of variation. Should we insist that the wind only blow in one direction or that plants only grow on one type of soil?

Of course groups that deny freedom and diversity to sustain their power and control may not be happy with demands for pluralism. They may prefer to have their own territory where no competition is allowed. But their period of rule is coming to an end. Even singularist religious traditions will soon have to recognize the validity of pluralism, including granting a new respect for the very pluralistic and so-called polytheistic traditions, like Hindu Dharma, that out of intolerance they have not only failed to understand but have oppressed.

In Hindu Dharma the ultimate goal of life is freedom or liberation, moksha. This is not an outer freedom to get what we want but an inner freedom to go beyond all external limitations. This freedom is the real unity behind the diversity of Hinduism and the key to its many sides. Hindu pluralism therefore is not the denial of unity but the affirmation of real unity that transcends outer differences. True unity is built upon freedom, not conformity, and is a state of the heart or inner consciousness, not an outer condition of labels and slogans.

While the west has emphasized external freedom, which has given it a sense of pluralism in the outer aspects of life, Hindu Dharma teaches inner freedom, without which outer freedom has no real meaning. This inner freedom allows for the full flowering of the soul so that our entire human potential, which is ultimately one of spiritual aspiration, can manifest and bring truth and beauty to our entire existence. We should freely explore the infinite and eternal that is the essence of our inner awareness, the Self of all.