Heroic Hindu Resistance To Islam – The Defense Of Kabul And Zabul 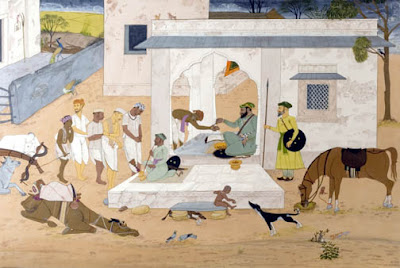 Inside Story of Arab “Liberalism”

Dr. Misra concludes his chapter on Sindh with a very meaningful note. “From a political or missionary point of view,” he writes, “the Arab conquest of Sindh was certainly a minor affair. The Arab conquest of other countries, outside India, had been followed by wholesale conversions and supplanting of local institutions by Islamic ones… The Islamic law had divided unbelievers into two classes, viz., the People of the Book (Ahl-i-kitab), the possessors of Scriptures – the Jews and the Christians – and the idolaters. The former were not to be lawfully molested in any way so long as they accepted the rule of the conquerors and paid the Jizyah.

“But for the idolaters, the choice was between Islam and death. In Central Asia, the idolaters had been rooted out. But this experiment failed in Sindh as Islam was confronted with a faith which, though idolatrous, defied death and looked at life in this world as one link in the eternal chain of births and deaths. The experiment was only tried at Debal where the ‘temples were demolished and mosques founded; a general massacre endured for three days, prisoners were taken captive; plunder was amassed’. Thus under compulsion of events, the stern code of Islam was relaxed, the Hindus were allowed to rebuild their temples and perform their worship and the three per cent which had been allowed to the priests under the former government was not discontinued.”

Many historians, particularly the apologists for Islam, have presented this expediency as a proof of Islamic liberalism under the early Arabs. They have contrasted this Arab “liberalism” with the “fanaticism” of the Turks who joined the fold of Islam at a later stage. Dr. Misra does not make this mistake. He has laid bare the true motivation at the back of this “liberalism”, and thus restored the perspective on the plasticity of Islamic polity in the over-all framework of the fundamental Islamic law regarding treatment of non-believers. The Mullahs and Sufis of Islam might have howled over this dilution of the dogma. But the military and political leaders always knew when and where to make a compromise in the interests of self-preservation, and till the next stage of aggrandizement arrived in the vicissitudes of war. Lenin has also exhorted the party to know exactly when to practice tactics of retreat. Islam, after all, is Communism plus Allah, as a Allami Iqbal has observed so aptly.

Defense of Kabul and Zabul

The same story was repeated by the Hindu Kingdoms of Kabul (Kapisa) and Zabul (Jabal) which lay to the north-west of Sindh, and which the Islamic armies had started attacking soon after they annexed Khorasan in AD 643. It was in AD 650 that the first Islamic army penetrated deep into Zabul by way of Seistan, which at that time was a part of India territorially as well as culturally. The struggle was grim and prolonged. The Islamic army suffered heavy losses. In the final round, the invader was defeated and driven out.

Another attack followed in AD 653. The Arab general, Abdul Rahman, was able to conquer Zabul and levy tribute from Kabul. The king of Kabul, however, proved desultory in paying regularly what the Arabs though to be their due. Finally, another Arab general, Yazid ibn Ziyad who had been the governor of Seistan for some time, attempted retribution in AD 683. He was killed by the Hindus, and his army was put to flight with great slaughter. The Arabs lost Seistan also, and had to pay 5,00,000 Dirhams to get one of their generals, Abu Ubaida, released.

But the Arabs, inspired as they were by an imperialist ideology, did not give up. They recovered Seistan sometime before AD 692. Its new governor, Abdullah, invaded Kabul. The Hindus trapped the Arab army in the mountain passes after allowing it to advance unopposed for some distance. Abdullah agreed to cease hostilities, and the king of Kabul agreed to renew payment of an annual tribute. But the treaty was denounced by the Caliph who dismissed Abdullah.

The war against Kabul was renewed in AD 695 when Hajjaj became the governor of Iraq. He sent an army under Ubaidullah, the new governor of Seistan. Ubaidullah was defeated and forced to retreat after leaving his three sons as hostages and promising that “he shall not fight as long as he was governor”. Once again, the treaty was denounced by the Caliph, and another general, Shuraih, tried to advance upon Kabul. He was killed by the Hindus, and his army suffered huge losses as it retreated through the desert of Bust. Poor Ubaidullah died of grief. That was the third round won by the Hindu Kingdom of Kabul.

In the next round, Hajjaj commissioned Abdul Rahman once again. He made some conquests but could not consolidate his hold. Hajjaj threatened to supersede him. Abdul Rahman revolted and entered into a treaty with the Hindu king to “carry arms against his master”. The treaty did not work, and Abdul Rahman committed suicide. The Hindu king, however, continued the war. Masudi, the Arab historian, “makes mention of a prince in the valley of the Indus who after having subjugated Eastern Persia, advanced to the bank of the Tigris and Euphrates”.

Hajjaj had to make peace according to which the Hindu king was entitled to keep his kingdom in exchange for an annual tribute. The Hindu king, however, stopped payment in the reign of Caliph Sulayman (AD 715-717). Some attempts to force him into submission were made in the reign of Caliph Al-Mansur (AD 745-775). But they met with only partial success, and we find the Hindus ruling over Kabul and Zabul in the year AD 867. The Arabs had failed once again to conquer finally another small Hindu principality, in spite of their being the mightiest power on earth. The struggle had lasted for more than two hundred years.

The Kingdom of Kabul suffered a temporary eclipse in AD 870 but not on account of the Arabs, nor as a result of clash of arms. The Turkish adventurer, Yaqub bin Layth, “who started his career as a robber in Seistan and later on founded the Saffarid dynasty of Persia”, sent a message to the king of Kabul that he wanted to come and pay his homage. The king was deceived into welcoming Yaqub and a band of the latter’s armed followers in the court of Kabul. Yaqub “bowed his head as if to do homage but he raised the lance and thrust it into the back of Rusal so that he died on the spot”.

A Turkish army then invaded the Hindu Kingdoms of both Kabul and Zabul. The king of Zabul was killed in the battle, and the population was converted to Islam by force. That was a permanent loss to India. But the succeeding Hindu king of Kabul who had meanwhile transferred his capital to Udbhandapur on the Indus, recovered Kabul after the Saffarid dynasty declined. Masudi who visited the Indus Valley in AD 915 “designates the prince who ruled at Kabul by the same title as he held when the Arabs penetrated for the first time into this region”.

The Hindus lost Kabul for good only in the closing decade of the 10th century. In AD 963 Alaptigin, a Turkish slave of the succeeding Samanid dynasty, had been able to establish an independent Muslim principality in Kabul with his seat at Ghazni. It was his general and successor, Subuktigin, who conquered Kabul after a struggle spread over two decades. The Hindus under king Jayapala of Udbhandapur made a bold bid to recapture Kabul in AD 986-987.

A confederate Hindu army to which the Rajas of Delhi, Ajmer, Kalinjar and Kanauj has contributed troops and money, advanced into the heartland of the Islamic kingdom of Ghazni. “According to Utbi, the battle lasted several days and the warriors of Subuktigin, including prince Mahmood, were reduced to despair. But a snow-storm and rains upset the plans of Jayapala who opened negotiations for peace. He sent the following message to Subuktigin: ‘You have heard and know the nobleness of Indians – they fear not death or destruction… In affairs of honor and renown we would place ourselves upon the fire like roast meat, and upon the dagger like the sunrays.’’’

But the peace thus concluded proved temporary. The Muslims resumed the offensive and the Hindus were defeated and driven out of Kabul Dr. Mishra concludes with the comment that Jayapala “was perhaps the last Indian ruler to show such spirit of aggression, so sadly lacking in later Rajput kings”. 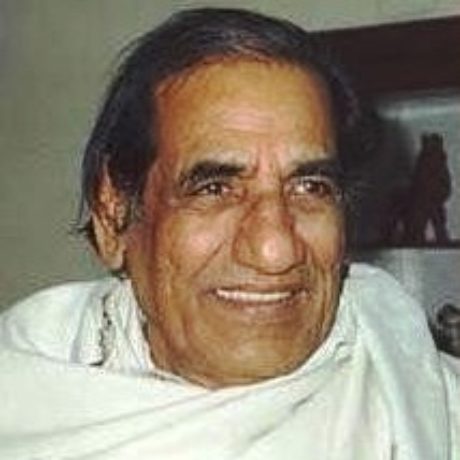