Matter or Consciousness – What Came First?

In this article, Shri Anirvan discusses the theory of material evolution that is prevalent in the modern world and he charts out how the spiritual evolution of man is different from this and one should not fall in the trap of explaining everything with the idea of Evolution. 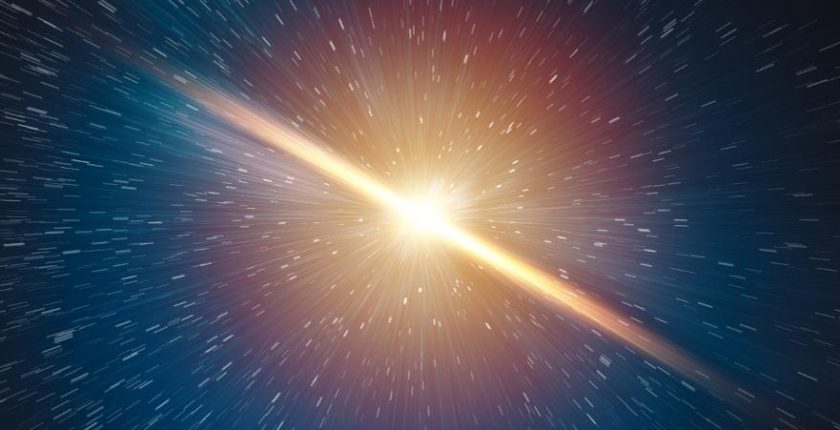 Another hindrance in the way of viewing the philosophy behind the cult of the Devatas from proper perspective is the nineteenth century concept of evolution. According to this theory, it is impossible for the primitive man to have a concept of an omnipresent being as God. In the beginning there prevails the worshipping of many gods, then with the progress of ethical ideas, the concept of one single God emerges. It is in this manner that the evolution of religious consciousness takes place.

The effort to discover the primal nature of religion by applying the theory of evolution to the growth of religious consciousness has been going on for quite a long time. Numerous theories that have developed in this context are not all applicable to Vedic religion. Many mature Indologists of the West too agree with this. Yet, we find there is a tendency in the writings of those who want to reach the origin of human psyche, human society and human culture by a historical treatment of these themes to resort to citing evidences from the Veda in support of their preconceived theories and thus to misinterpret the Veda.

This trend has gained considerable currency in the scholarly circle. The unreasonableness of such interpretation torn off their contexts is only too obvious. Whatever may be the outcome of this, they at the least help in planting wrong sectarian prejudices among people by drumming into their minds the preconceived notions that are liable to lead those people to misinterpretations of the Veda.

The western Indologists too have been compelled to protest against this for the sake of truth. But all the same, they all are of the same view that the polytheism of the Vedic religion indicates an undeveloped form of religious consciousness.

This is indeed surprising, for at the start of the twentieth century itself, this kind of theory was already considered obsolete in the circle of mature anthropologists. It has now been firmly established through scientific study and analysis of facts that it is monotheism that rather marks the natural propensity of primal man. Of course, the view had to face stiff resistance in overcoming the theory of natural evolution before establishing itself securely.

Yet this must be admitted that the primordiality of monotheism does not directly assist in determining the nature of Vedic religion. This only establishes that it is a sign of sheer ignorance to imagine the Vedic religion to be a barbaric and primitive form of religion from the mere allusions to multiple gods. If the primitive man too was a monotheist, it is clear that the superiority of a particular religion cannot be established on the basis of monotheism alone. Here the historical method scores over the theory of evolution. If the Indologists bear this fact in mind, then their researches would not run the risk of being cast away.

In fact, the issue may be resolved with an objective analysis of religious consciousness after the science of psychology. Both the theory of evolution and the historical method are suitable for certain areas in regard to external forms only but not in respect of internal feelings. And in analysis of religion, a great deal of attention has to be given to internal feelings and not merely to external form.

And for that, as I have said earlier, it is necessary to have the quality of empathy and an ability to get immersed in the depth. I had also mentioned that this numerical issue of ‘one and many’ has never been important in the thought process of this land. Yet we have seen that this very question has created turmoil in the Semitic mind at least on two occasions during the historical period itself.

Even when such a mind makes an attempt to have a deep understanding of religious consciousness, it cannot overcome its obsession with numbers. The prejudice ingrained ab initio in his mind misdirects his judgement from the very beginning. Consequently, we hear such stuff about Vedic religion from the Indologists which militate against both the inherent values as well as the history of this country. And, truly speaking, they are also found to be in conflict with the most modern findings of the actual encounters with religion.

We shall closely examine the whole matter later on. It would suffice to say here that the primary goal of Vedic religion is the self-realization of the consciousness. Devata is a means to that end. This in fact is true of all religions.

However, the Vedic religion has made this pursuit flow through a special channel. Its counterparts elsewhere have not found expressions so prominently. The Being, the Universe and What lies beyond the Universe – the inseparableness of all these is the ultimate principle of Vedanta.

This is the central feature of the Vedic religion as well. If we can feel this inseparability within us and then move upstream toward the source of this inseparability only then can we comprehend the meaning of the Veda. In the beginning there dawns a sense of one undivided whole and then comes an awareness of its wonderfully varied transformations. This is how the spiritual experience evolves.

The central note of this feeling has to be accepted as an a priori truth. This, as if, is a self-expression of this seed idea. The urge for self-expression of this seed idea has been constantly working in each stage of transformation. But it would be wrong to call this process the blooming of the un-bloomed. This has to be borne in mind that the way to spiritual practice is not just progressive but can be sometimes regressive as well.

The theory of evolution views the transformation of a form from the un-manifest to the manifest. But the spiritual evolution traverses back from the articulated manifestation to the original unarticulated stage. This awareness of the un-manifest may arise in the mind at any stage of transformation going on without any premeditation. This is the very heart of mystic experience.

An intuitive understanding of what is spontaneous and its very distinct manifestation in utterances – when we come across these two things anywhere, then we will unhesitatingly accept them as an indication of the very peak of religious consciousness. These characteristics are very distinctly evident time and again in Vedic hymns. Thus the meaning of the Veda has to be examined following this principle.

In the Semitic thought God is beyond the material world. He is only consciousness. But to the Arya mind, the Devata, is immanent as well as beyond the matter. The Arya mind does not find any conflict between the insentient and the sentient.

In their creation theories too, this difference of perspectives is distinct. The Semitic God is the Creator of the universe. He has created the universe remaining outside of it. But the Vedic God becomes the world Himself but does not exhaust Himself in the manifested. In the words of the Purusa Sukta of the Rgveda: ‘Even after enveloping the earth from all directions, he still remained ten Angulas above it’. ‘One Quarter of Him is all the elements and three quarters lie immortal in the celestial region. It is He who has become All’. European scholars have given the name pantheism to this philosophy.