Nature of the Divine in Hinduism: One or Many?

This is an excerpt from the book, “Veda Mimansa – Volume 1” by Shri Anirvan. In this brief foray, Shri Anirvan describes how Hindus do not find any internal contradiction between believing in a formless, attribute-less divinity in the form of Supreme Consciousness and on the other hand, worshipping hundreds of deities with proper forms and attributes. 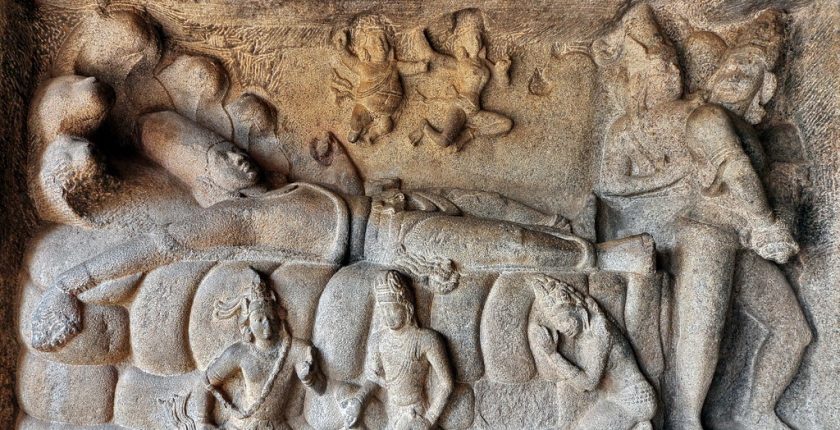 The Arya mind does not perceive any conflict between the monotheism and the polytheism. This has been the product especially of the Semitic mind, which even though has admitted of the anthropomorphic character of God, yet has tried to establish Him as devoid of any attribute. This is the prime achievement of the Semiotics’ theory of monotheism. “There exists no other God this single One”, if it had not clung to such a spiritually illusive dogmatism, then there would be no ground for complaint against this doctrine.

Even though the Arya mind had clipped the Godhood of anthropomorphic character, and even when it had gone to the extent of discarding the necessity of God itself for spiritual practice, yet it had not shied away from accepting consciousness.

Here lies the distinction between the two minds. While the one mind perceives diversity, the other perceives the unity. While the one by drawing lines within the undivided entity creates the appearance of disjunction between the world and the God and think that the world is a creation of God, the other easily accommodating diversity within the symmetry of a philosophy of unity, views the world as manifold manifestations of the one single undivided consciousness.

It is beyond the comprehension of the European mind as to how the followers of the philosophy of illuminated knowledge like the Buddhist, the Jains, etc., could accept the pantheon of myriad divinities when they dismissed the very existence of God. That is why even in this age of high modernity we find the European scholars perspiring to no end in their effort to trace the original form of Buddhist religion devoid of the doctrine of Deva.

For the Upanisadic seers who had realized that the playful dream and waking states of mind effusing from the conditions of ultimate bliss (Turiya) and of deep sleep (Susupta) were in reality only the manifestation of the Brahman of four strides, to them there is not even the slightest possibility of conflict between the doctrines of theism and that of atheism.

Sankara, the believer in non-dualism and Sankara, the eloquent panegyrist of multiple of gods do not create any disharmony in the spiritual sensibility of this country. How a Ramakrishna of our land could prostrate himself before various gods and goddesses after spending months after months in a state of deep meditation when there remains no distinction between the subject and the object may appear enigmatic to the European mind, but not at all to the Indian mind.

The Story of Narayan Swamy Ji Maharaj: An Ardent Devotee of Lord Hanuman
तंत्र ४ – तंत्र के बारे में भ्रांतियाँ
Nothing is Everything: How Buddhism and Hinduism are Two Sides of the Same Coin – 3