This is part 7 of the earlier article On the Nature of Islam. This is a tract written on the Nature of Islam in context of the rising Islamic terrorism the world over in 2002. This article discusses what free-thinking Muslims think about Islam. They are ultimately primed for conversion to Islam. Note: Krishnaswami is a penname of an author, who for more spiritual than political reasons, shall remain anonymous. 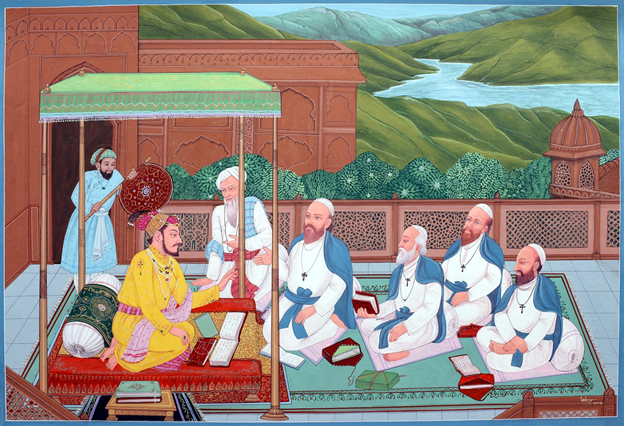 Brigadier S.K. Malik of Pakistan wrote a book named “ The Quranic Concept of War “in 1979. He collected and analysed the Koranic verses on war against kafirs. They add up to 267 and are spread over 17 surahs (chapters) of Koran. The book carries a foreword by the late General Zia-ul-Haq who promoted the concept of “proxy “ war against India. The General says: “ This book brings out Koranic philosophy on the application of military force within the context of the totality, that is Jehad. Which is not the exclusive domain of the professional solider, nor is it restricted to the application of military force alone. The professional solider in a Muslim army, pursuing the goals of a Muslim state, cannot become ‘professional’ if in all his activities he does not take the ‘colour of Allah’.

Allah Bukhsh K. Brohi who was the former Pakistan’s ambassador in India has written a preface for Malik’s book. He makes following points – “ Islam views the world as though it were bipolarised in two opposite camps: Dar-ul-Islam facing Dar-ul-Harb the first one is submissive to Allah’s purpose… but the second one is engaged in perpetuating defiance of Allah… The idea of Islam is incapable of being realised within the framework of territorial states…Islam supplies the spiritual principle of integration of mankind… a principle which is supra-national, supra-racial, supra-linguistic and supra-territorial… in Islam, of course, no nation is sovereign since Allah alone is the only sovereign in whom all authority vests”.

Brigadier S.K. Malik starts with – “The Holy Quran gives us a philosophy of war. The divine philosophy is an integral part of the Quranic ideology”. In chapter three titled ‘The Causes of War’ he writes – “The central theme behind the causes of war as spelt out by the Holy Quran, was the causes of Allah (Koran 2:190,244; 4:84) it was essentially a war fought by Faithful Muslims against unbeliever Kafirs (Koran 4.76)”.

In chapter seven of the book ‘ the strategy of war’ Brigadier S.K. Malik says -“Instructions pertaining to the divine theory of military strategy are found in the Quranic revelations (Koran 3:124-26; 8:9-10,11,59-60). All these revelations urge the Faithful Muslim to prepare for war to the utmost in order to strike terror into the hearts of the enemies”… (Pg. 58)

Malik elaborates as follows – “Terror struck into the hearts of the enemies is not only a means it is the end in itself … it is the point where the means and the end meet and merge. Terror is not a means of imposing decision upon the enemy. It is the decision we wish to impose upon him…” (Pg. 60)

Does it sound diabolical? Not to Muslim, Communist and pseudo-secular ears for sure. Terrorism in all its forms has been the most effective weapon in the armoury of Islam ever since its advent. Great terrorists have been the heroes whom Muslims cherish the most. And it is terror, which has seen to it that victims do not remember what they were subjected to before they were forced into the fold of the Islam. The victims thus converted and brainwashed are expected and exhorted to become- and do become in most cases- terrorist in their own turn! (Goel SR / The Calcutta Quran Petition / Voice of India).

Malik writes, in chapter nine, “The Application of Quranic Military Thought”, about the career of Prophet Muhammed as a warlord from 622 AD to 632 AD. Malik and Muslim scholars of his ilk want us to believe that the Muslim armies succeeded in these campaigns because they practiced the strategies of war reposited in the Quran. This is a Big Lie. They succeeded because the Pagan Arabs lived in a series of tribal settlements and did not understand Muhammad’s game, while Muslims at Medina built up a formidable war machine with the help of plunder obtained in raids, and by recruiting desperadoes from all over Arabia through lure of loot & free sex and bloodlust. Later on, the militarized Arabs succeeded in overrunning the Persian and Roman empires because the two empires had exhausted themselves through mutual warfare for a thousand years. (ibid).

“The Koran wants Muslim to retain the initiative to themselves through bold, aggressive but calculated and deliberate planning and conduct of war. The Muslim are to be harangued constantly and roused to commit aggression again and again, Koran-9: 5; 8:65”. “Machiavelli who had studied the history of prophets has observed in his magnum opus, ‘The Prince’ that “all well-armed prophets have conquered and the unarmed failed” (ibid).

“In fact, prophets other than Muhammad had arisen in Arabia itself, before, alongside and after Muhammad. But all of them had failed because they did not raise armies and assemble arsenals. Muhammad succeeded because he equipped his mission with a mailed fist. It may be noted that while he had only 301 ill-equipped warriors with him in the Battle of Badr (622 AD), he had 10,000 well-equipped men when he marched into Mecca eight years later (630 AD) and 30,000 when he planned an invasion of Palestine on the eve of his death (632 AD).” (ibid).

“The term ‘jihad’ may have acquired a mystic meaning for Muslims who believe in Muhammad’s “revelations”, and the divinity of Allah. But for the historian who studies recorded facts and uses normal human reason to reach conclusions, ‘‘ jihad” is no more than physical aggression preceded by ideological aggression.” (ibid).

“A determined minority always succeeds if the victims of aggression do not understand the game, even if the latter are larger in number and more prosperous. That is how the Christians succeeded in Roman Empire, the Muslims in Arabia, the communists in Russia and China, the Nazis in Germany and the Fascist in Italy. It is as simple as that” (ibid).

Śri Rāma: Beyond Indology, History and Social Justice
The Logic of Race Riots - (Are Cops Racist - 3)
The Fifth Veda