This is part 6 of the earlier article On the Nature of Islam. This is a tract written on the Nature of Islam in context of the rising Islamic terrorism the world over in 2002. This article discusses the theological foundations of Islamic fundamentalism. They are ultimately primed for conversion to Islam. Note: Krishnaswami is a penname of an author, who for more spiritual than political reasons, shall remain anonymous. 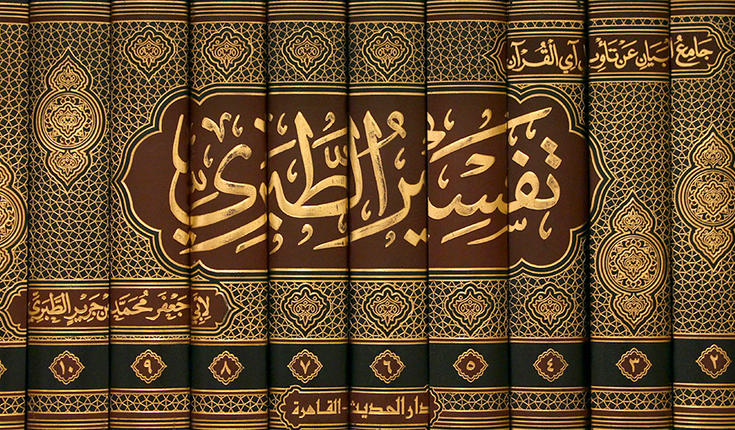 It is necessary to make the distinction between Muslims and Islam. The two are not identical. In fact Muslims are the victims of the Islamic ideology. Therefore it is important to trace the Muslim behaviour pattern back to the Islamic belief system. Three Islamic thought-categories form the very foundation of Islamic theology and its belief system and it is these thought-categories which are primarily responsible for the intolerant and violent behaviour of the Muslims.

This aggressive war against Kafirs was held up by the Prophet as superior to all meritorious deeds such as prayer, fasting, pilgrimage etc. The Muslim who kills ‘Kafirs’ in Jihad is honored as ‘Ghazi’ and enjoys a higher status in Muslim society i.e. ‘Ummah’. The Muslim who gets killed in a jihad becomes a ‘Shahid’ (martyr) and goes straight to Koranic paradise without having to wait for the Day of the Judgment like the rest of the Muslims. And in the paradise he gets seventy virgins and a number of young handsome boys for his enjoyment. Therefore, Jiahd is salvation through murder and suicide. Hence, we find suicide squads and Islamic belly-bombers around the world killing innocent children and women.

The captured Kafir women, snatched from their husbands, can be enjoyed with absolute impunity by the Muslims, in fact such acts are made lawful by Allah himself (Koran 4:24).

The captured Kafir children are the property of their master, who could dispose of them, as he like, selling them, gifting them away, hiring them out, lending them and mortgaging them. The master has the right to live in concubinage with his female slaves. The Koran (4:3, 4:24, 4:25, 23:6) has permitted this practice. The Prophet himself possessed at least fifty-nine slaves at one stage or another both male and female. Mirkhond, the Prophet’s fifteenth-century biographer, names them all in his “Rauzat-us-Safa”.

Islam knows no co-operation on the basis of equality or co-existence with the kafirs to whom it offers at most four alternatives: 1. Conversion to Islam 2. Death by sword 3. Slavery 4. Pay exploitative religious tax Jaziah, and to become Dhimmi, that is, to accept the status of second class citizen.

The Prophet Mohammed claimed that one of the six points of his superiority over earlier prophets was that while loot was not lawful for them, Allah had made it so for him “Eat you the spoils of war, it is lawful and pure” (Koran 8:69). He also laid down the rule according to which one-fifth of the loot belonged to Allah and his Prophet (Koran 8:41), while the remaining four-fifths was to be divided among those who took part in the raid which brought the loot. This “sacred one-fifth” came to be known as the ‘Khams’ which became in the later times one of the four main sources of revenue for the Islamic state.

According to the Hadis collections the main Jihad bil Saif, that is, Jihad by sword is to be supported by three other forms of Jihad, they are –

Wooing Hindu girls, but at the same time compelling their own sisters to wear burqua and to stay away from the Hindu boys, practising polygamy, rejecting population control measures and encouraging cross-border infiltration from Bangladesh and Pakistan in order to reduce the majority of kafirs into a minority of Dhimmis by the end of 21st century, are the demographic dimensions of jihad.

To launder the Muslim–mafia money and present the Sufi-mask of Islam to befool kafirs is the cinematographic front of Jihad. The use of Internet to confuse the Kafirs, and to produce, push and percolate counterfeit-currency to undermine their economy are the modern dimensions of Jihad. Weapon smuggling and drug trafficking are other unholy sides of the holy war.

Some of the insidious dimensions of Jihad are; to use freedoms granted by open democratic society of the Kafirs in such a manner that those very freedoms can be ultimately destroyed and the dictatorship of Islam can be imposed over the Kafirs, to plant Trojan horses in democratic institutions of the kafirs for subverting them and, to buy-out writers and journalists by petro-dollars and to place them strategically inside the print and electronic media so that Kafirs can be brainwashed and duped into believing that “Islam is a Noble faith”.

Every thing that prevailed in the age of ignorance is to be destroyed outright or to be converted in such a manner that it looks as if it came into existence after the dawn of the Age of Islamic Illumination. The norms of ignorance and illumination are determined not by any objective or comparative criteria, but by the dictums of Koran and Hadith.

For example, Mullah Omar ordered the destruction of all the statues in Afghanistan. Accordingly, Buddhist relics, a legacy of the pre-Islamic time, were systematically pulverised. It was announced that two massive Buddhas standing over a hundred feet high, dated from the third and fifth centuries, at Bamiyan would be destroyed. In March 2001 job was finished once and for all with artillery and explosives.

After the incident, Muslims slaughtered hundred cows to atone for delays in destroying country’s ancient Buddha statues. Some twenty butchers inside the presidential palace were seen chopping the cows into one kilogram pieces for general distribution among Muslims…(Hindustan Times / New Delhi / dated 20.03.2001)

Why were ancient Buddha statues destroyed by the Islamic Government of Afghanistan? Because Buddha represents “Jahiliya” that is pre-Islamic ignorance while Mohammed represents “Ilm” that is Islamic illumination. Therefore the pre-Islamic past of the nation has to be obliterated.

Islam uproots the converted people from their native soil, culture, civilisation and history and imposes over them an unreal identity. This imposed and artificial Arab identity generates tremendous unease and social upheaval for generations. In the words of Bangladeshi authoress Taslima Nasreen “The problem is not Islamic fundamentalism but Islam itself.” But more precisely these three dialectic Islamic thought-categories are the root of the problem.

Secularism and Islam are mutually exclusive. The Islam can set-up only a theocratic state. The Islam has institutionalised slavery and degraded women and has laid waste many countries. Islam lacks any doctrine of co-existence. In Islam all human beings are not treated as equals. Islam has two sets of principles of morality, ethics and justice, one is for Muslims and the other for non-Muslims. For example, on one hand, they want to build mosque over the Ramjanmbhoomi at Ayodhya, the sacred city of Hindus while on the other, no non-Muslim can ever enter the city of Mecca where Kaba is situated and if found in the vicinity he will be beheaded as per the tradition of Islam. (Koran 9:5,28,29).

Here it is pertinent to note that the mosque of Kaba was previously a Pagan temple and was occupied by force then desecrated, destroyed and converted into a mosque by Prophet Mohammed himself, thus setting an example, and making destruction of Hindu-temples, churches, synagogues, and Buddhist-vihars a lawful and pious activity for Muslims throughout the world and for all ages to come.

The prophet is traditioned to have willed that no Kafir should be permitted to reside in Arabia. Mohammed initiated the violent campaign of ethnic cleansing of Arabia by converting, kidnapping, expelling and killing the Arabian Pagans, Jews and Christians and their land, wealth and women were taken away. Find out, how prophet acquired so many wives? Therefore, today the Arabian sands lay ethnically cleansed of all non-Muslim impurities. Times have changed. Now Islam claims innocence, that ‘Islam is a peaceful religion’. Wonder! That is the ultimate performance in the art of hypocrisy.

Thus, like all totalitarian ideologies Islam survives and thrives on moral asymmetry, intellectual dishonesty, political hypocrisy, double standards of behaviour and use of terror against the spirit of free inquiry.

In short Islam divides SPACE, TIME and MANKIND into two incompatible and hostile parts that is why fundamentalism and terrorism is not accidental but essential to Islam. In Islam, truth is established by sword. These thought-categories make Islam a totalitarian and terrorist cult that it has remained ever since its birth. Thus Islam has invented eternally cruel ‘One God’ and perpetually hostile ‘Two Humanities’.  In modern rational world One God but Two Humanities is an unacceptable preposition.