The ancient Indian society had long ago successfully opened the door for an equal free-for-all competition, where only the weakest remained the victim. The Hindu system, serving as the universal and timeless model, is the outcome of a noble attempt to place mankind in the plan of creation and recognize the meaning of its different aspects like caste, activities, individual rights, mental possibilities and methods of implications of this diversity in intergroup relations. 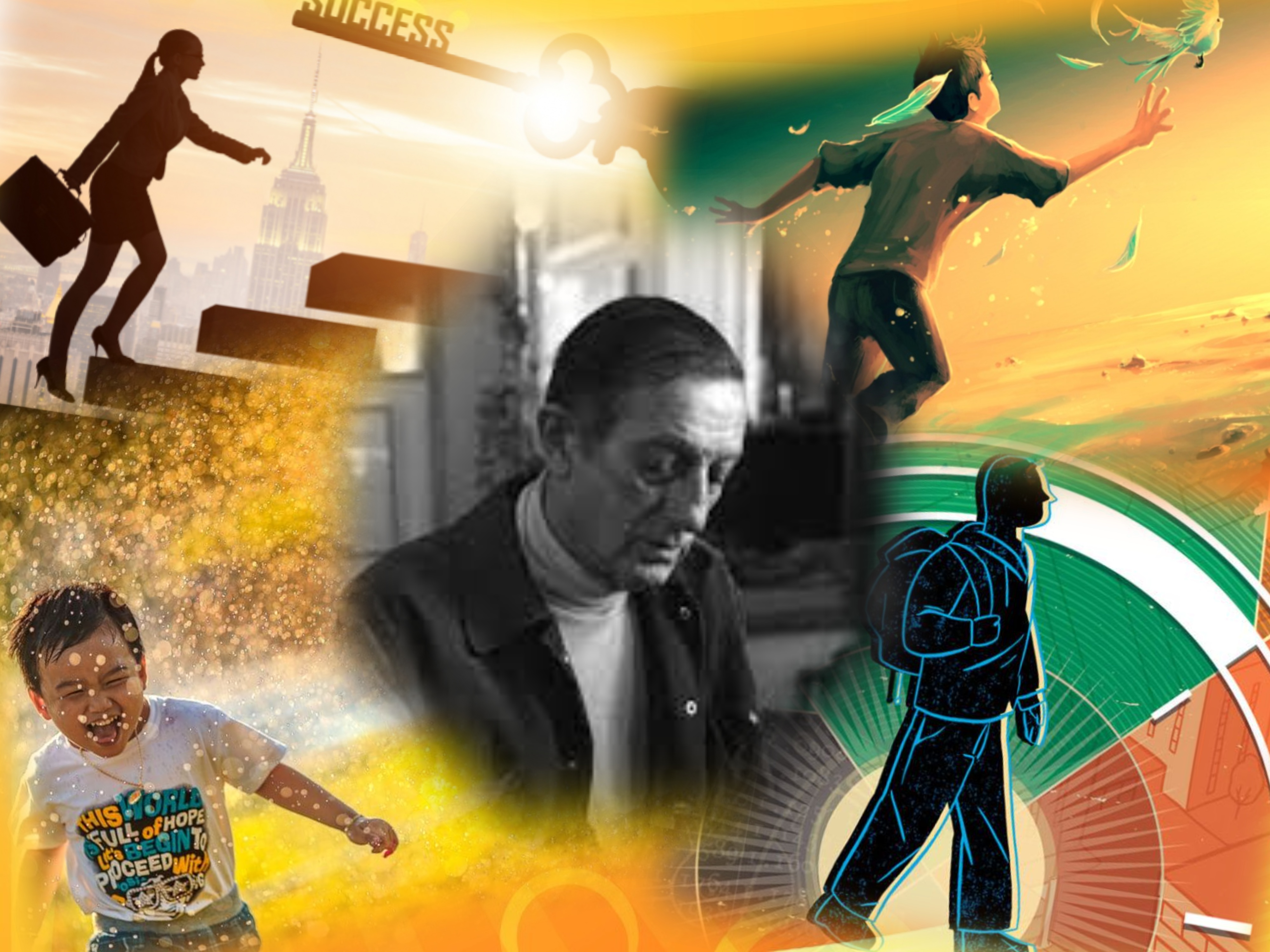 Here, Alain Daniélou explains and delves details into every fundamental idea that is necessary to understand virtue, ethics, success and liberation open in the Hindu way of life from the ancient times. The Hindu system, serving as a universal and timeless model, is the outcome of a noble attempt to place mankind in the plan of creation and recognize the meaning of its different aspects like caste, activities, individual rights, mental possibilities and methods of implications of this diversity in intergroup relations.

In his book, the author provides an introductory insight into the Sanskrit language which unlike other languages in the world is a highly refined one. Always being in the mouth of cultured people, it is developed like geometry that follows a rigorous logic. In order to study the various disciplines in ancient India, it is now urgent to preserve all the manuscripts and focus must be given to their revival.

While explaining the concept of “The Cycles” in Hindu philosophy, the author discusses how time and space exist only in relation to living beings and matter is just an appearance in the universe, which is itself formed through energy relations. Thus, the universe is measured by man’s vital rhythm that provides him his dimension. Every existence is conditioned by the sequence of cycles and within each of them, other shorter cycles take birth that witnesses the rise and fall of civilizations.  Now, we are in the last one of the four ages, Kali Yuga or the age of decline and conflict. This can be seen in the way just our virtues are declining and rising in irresponsibility, corruption, and egoism is seen. The inner and spiritual essence is dying today; however, the mystics are exceptions. Justifying through various real-life instances and quoting from Shanti Parva of Mahabharata, the author shows how the fourfold caste system was just an ethnic fact with no oppression and was rather meant to provide proper respect, ideals and value to everyone. Denying this truth is just ignoring the real advantages behind them where people of every sect and community used to sustain with each other peacefully and meaningfully.   Thus, the Indians were able to successfully develop a stable and harmonized human society instead of creating a forced and artificial one that can lead to instances like class struggles in unsuccessful self-professed egalitarian societies or war in the name of giving false universal brotherhood. Here, the author reminds us that not ideas, but any stable society needs empirical observations to build its base. It is noted that despite several disorders still the Hindu civilization managed its survival and maintained its longevity because of constant renewal- which is a unique example to learn from history. Despite having tribal mentality such as man instinctively considering own self to be part of a group, creation of villages sharing out different functions in society and administrative divisions called nations, the Hindus developed a stable polity and acknowledged importance of stratified divisions. This made every Indians gain privileges that match their varying responsibilities, duties, and functions. Further, corporate privileges in India included right to make laws and administer justice and all these were successfully established due to the basic step- which is a profound understanding of human study and its necessities, both at an individual and societal level.  Moreover, to maintain and survive in a civilized and larger society, thinkers need questioning about the basic existence of man and meaning of life. Same as other areas of study, the philosophers of India, who were also lawmakers of that same time deduced that man is never any isolated part of greater order and they applied specific cosmological and metaphysical concepts to analyze the society where man lives. This came from keen observation of nature and realizing the mind of God. They understood that consciousness and free will has fortunately provided human beings with some magical values that no other species have. This makes him apply his intelligence and actions and identify his own self with the Creator and the Hindus identified these qualities to be a reflection of the divine scheme. Thus, the ancient Indians fulfilled their life by realizing the four aims of their journey, where each community lived side by side in harmony and mutual respect.

The author notices that the only form of expression that is mainly seen in every notion of the nature of the world is energetic and mathematical. That figure or computable entity is called gana and different elements of matter can be reduced to some basic ratios between primary energy components. This is called Maya. As mentioned in the Upanishads the initial latent awakening consciousness is the “fear” that has given rise to other feelings. Furthermore, fear of separation from the fundamental unity of creation is the origin of every activity and knowledge, desire behind thoughts, giving birth to something outside own self and ultimately getting into an unformed neutral state for eternity. Since, a man stands at the top ladder of consciousness among other living beings; he can realize the cosmic dream that has taken an independent shape, just with limits of perception. However, whatever might be the limit of the microcosmic consciousness within, the ultimate aim of a man is to witness his own nature and justify his existence.  The Hindus refer to the Vedas or the object of knowledge that demonstrate the laws governing the universe. They also affirmed that the Creator can suppress the ones who are not passionate about fulfilling their role, as evident from the past incidents in the evolution of mankind. Starting from numerical nature of crystals to the climbing plants to every level of living consciousness, the existence and appearance of all life are based on three tendencies namely, sattva, rajas and tamas. Explaining the importance of the balance of mental state to be maintained in every aspect of life, the author mentions that our external accomplishments are just reflections of inner beings.

For Hindus, ethics does not mean applying a code of laws dictated by men, prophets, or gods. Hindu lawmakers realized and codified necessary rules of conduct meant for different groups and castes at every level that are essential to maintain stability and distribute equal privileges in society. Notably, the lives of the Shudras, which had lesser social consequences, were the most independent. They had no barrier to polygamy, divorce, eating, drinking and indulging in various forms of amusements without any other’s control in doing that.  Also, caste had no relation to the financial condition like many Brahmins are found to perform menial tasks and are employed by rich Shudras. A Brahman can join any profession as far as it is not breaking his prerogative ancestral activities and rules like cooking at other Non-Brahmin’s houses but cannot taste the food himself or is restricted to take his salary while selling knowledge. It is also noted in Padma Purana that in this age, the women and Shudras are the ones taking the utmost benefit from society as their duties can be fulfilled easily. Regarding untouchability in India, the author shows how it was the Brahman who was undergoing a restricted life, not the untouchables.

Through quotations from scriptures and providing real-life examples, Alain Daniélou discusses the necessity of balances meant to be kept for the two stages of life-Artha and Kama, against attaining the third stage or Moksha. Till today, from the time of Artha Sastra, human struggles have not changed much, although after repeated invasions- that instead created unfortunate results while attempting to change the olden structure and thus proving that the early wisdom still remains relevant. The ancients well understood how to organize knowledge, that the pleasures are limited in nature and both of them must be kept in harmony.

Human beings conceive happiness with others’ presence; however, infinite happiness can only be achieved through absolute union with and total dissolution in the divine. Thus abandoning every transitory achievement he can go back to the casual state of bliss and be free from all bondages, find his equilibrium- which is the nature of the Creator himself! The fruits of liberation come from the constant conflict with nature that might come in two stages. Firstly, by identifying the subtle being inner self still existing after death and secondly, by totally getting dissolved in casual substratum, going through the four degrees namely salokya, sampiya, sarupya and sayujya.  We all want that self-liberation and one of the paths is gaining knowledge to recognize the illusory value of human ties and meaning behind apparent realities and identify the non-dual nature of the individual and universal soul. However, man must strengthen his thought by refining and developing sharpness to leave behind the veils of ignorance and illusion. The second path is the way of action by identifying the values of our acts along with following disciplinary practices. The next path is devotion or bhakti or love through which one can also accept others’ sufferings as his own and submit to the divine, crossing the barriers of ignorance and appearance.

Thus, the book explains us how the ancient Indian society had long ago successfully opened the door for an equal free-for-all competition, where only the weakest remained the victim. In this context, the author also criticizes Western egalitarian societies and Islam. In the former case, the castes mean isolated groups and even though people are from other races, poorly treated and unjustly persecuted, their possibility of usefulness for greater mankind is also killed.  In the latter communities, intolerance and destruction are mostly found, though they reject to accept any social or racial distinction happening in their religion or state. Under such a scenario, ancient India’s noble worthy intentions still persist in today’s world and is yet to be acknowledged and understood by the flawed and hypocritical governments. Lastly, Alain Daniélou leaves the hope that India will regain her initial prosperity and harmony, as external pressures on her like demolition of the ethical and social balance with replacement by foreign ideas, come to an end.

Daniélou, A., 1993. Virtue, Success, Pleasure, and Liberation: The Four Aims of Life in the Tradition of Ancient India. Inner Traditions/Bear & Co.

Defining a Kavya
Most Popular Articles of February 2021
All Interpretation is Misinterpretation: An illusory appeal 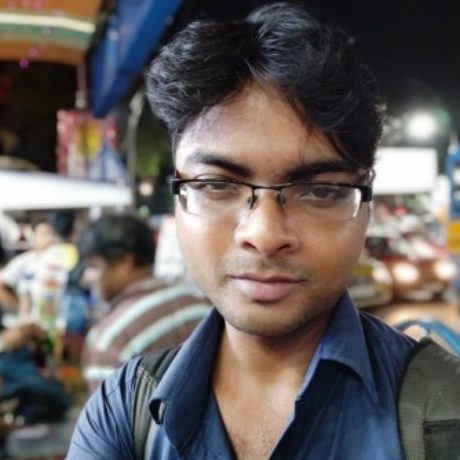