This is an excerpt from Taleb’s best selling book – Antifragile – where he describes the meaning of true education through the example of his journey. 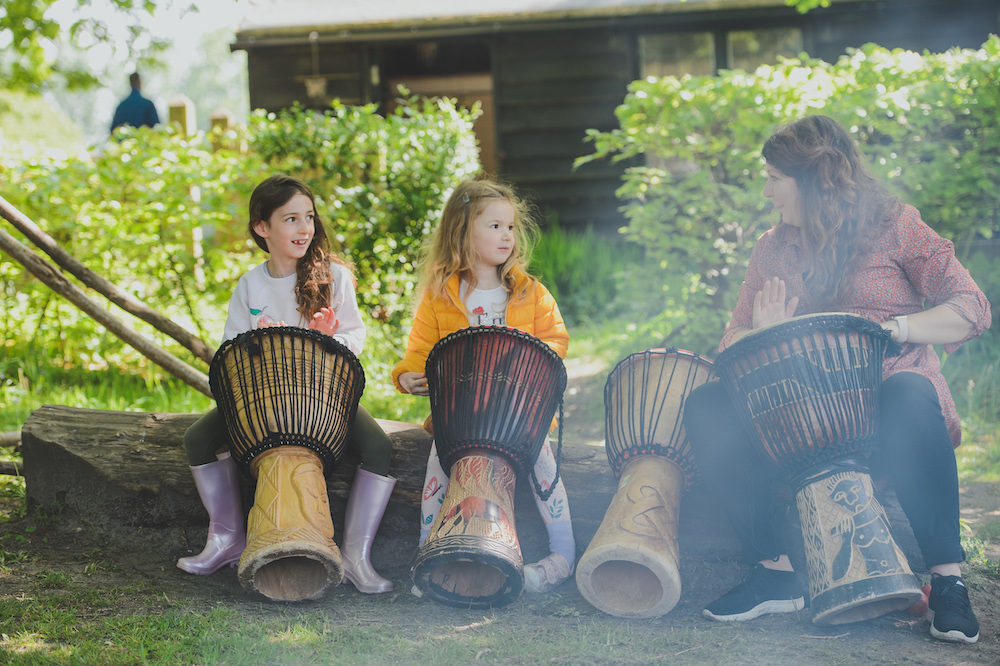 When I was about ten I realized that good grades weren’t as good outside school as they were in it, as they carried some side effects. They had to correspond to a sacrifice, an intellectual sacrifice of sorts. Actually my father kept hinting to me the problem of getting good grades himself: the person who was at the exact bottom of his class (and ironically, the father of a classmate at Wharton) turned out to be a self-made merchant, by far the most successful person in his class (he had a huge yacht with his initials prominently displayed on it); another one made a killing buying wood in Africa, retired before forty, then became an amateur historian (mostly in ancient Mediterranean history) and entered politics. In a way my father did not seem to value education, rather culture or money—and he prompted me to go for these two (I initially went for culture). He had a total fascination with erudites and businessmen, people whose position did not depend on credentials.

My idea was to be rigorous in the open market. This made me focus on what an intelligent antistudent needed to be: an autodidact—or a person of knowledge compared to the students called “swallowers” in Lebanese dialect, those who “swallow school material” and whose knowledge is only derived from the curriculum. The edge, I realized, isn’t in the package of what was on the official program of the baccalaureate, which everyone knew with small variations multiplying into large discrepancies in grades, but exactly what lay outside it.

Some can be more intelligent than others in a structured environment—in fact school has a selection bias as it favors those quicker in such an environment, and like anything competitive, at the expense of performance outside it. Although I was not yet familiar with gyms, my idea of knowledge was as follows. People who build their strength using these modern expensive gym machines can lift extremely large weights, show great numbers and develop impressive-looking muscles, but fail to lift a stone; they get completely hammered in a street fight by someone trained in more disorderly settings. Their strength is extremely domain-specific and their domain doesn’t exist outside of ludic—extremely organized—constructs. In fact their strength, as with overspecialized athletes, is the result of a deformity. I thought it was the same with people who were selected for trying to get high grades in a small number of subjects rather than follow their curiosity: try taking them slightly away from what they studied and watch their decomposition, loss of confidence, and denial. (Just like corporate executives are selected for their ability to put up with the boredom of meetings, many of these people were selected for their ability to concentrate on boring material.) I’ve debated many economists who claim to specialize in risk and probability: when one takes them slightly outside their narrow focus, but within the discipline of probability, they fall apart, with the disconsolate face of a gym rat in front of a gangster hit man.

Again, I wasn’t exactly an autodidact, since I did get degrees; I was rather a barbell autodidact as I studied the exact minimum necessary to pass any exam, overshooting accidentally once in a while, and only getting in trouble a few times by undershooting. But I read voraciously, wholesale, initially in the humanities, later in mathematics and science, and now in history—outside a curriculum, away from the gym machine so to speak. I figured out that whatever I selected myself I could read with more depth and more breadth—there was a match to my curiosity. And I could take advantage of what people later pathologized as Attention Deficit Hyperactive Disorder (ADHD) by using natural stimulation as a main driver to scholarship. The enterprise needed to be totally effortless in order to be worthwhile. The minute I was bored with a book or a subject I moved to another one, instead of giving up on reading altogether—when you are limited to the school material and you get bored, you have a tendency to give up and do nothing or play hooky out of discouragement. The trick is to be bored with a specific book, rather than with the act of reading. So the number of pages absorbed could grow faster than otherwise. And you find gold, so to speak, effortlessly, just as in rational but undirected trial-and-error-based research. It is exactly like options, trial and error, not getting stuck, bifurcating when necessary but keeping a sense of broad freedom and opportunism. Trial and error is freedom.

(I confess I still use that method at the time of this writing. Avoidance of boredom is the only worthy mode of action. Life otherwise is not worth living.)

My parents had an account with the largest bookstore in Beirut and I would pick up books in what seemed to me unlimited quantities. There was such a difference between the shelves of the library and the narrow school material; so I realized that school was a plot designed to deprive people of erudition by squeezing their knowledge into a narrow set of authors. I started, around the age of thirteen, to keep a log of my reading hours, shooting for between thirty and sixty a week, a practice I’ve kept up for a long time. I read the likes of Dostoyevsky, Turgenev, Chekhov, Bishop Bossuet, Stendhal, Dante, Proust, Borges, Calvino, Céline, Schultz, Zweig (didn’t like), Henry Miller, Max Brod, Kafka, Ionesco, the surrealists, Faulkner, Malraux (along with other wild adventurers such as Conrad and Melville; the first book I read in English was Moby- Dick) and similar authors in literature, many of them obscure, and Hegel, Schopenhauer, Nietzsche, Marx, Jaspers, Husserl, Lévi-Strauss, Levinas, Scholem, Benjamin, and similar ones in philosophy because they had the golden status of not being on the school program, and I managed to read nothing that was prescribed by school so to this day I haven’t read Racine, Corneille, and other bores. One summer I decided to read the twenty novels by Émile Zola in twenty days, one a day, and managed to do so at great expense. Perhaps joining an underground anti-government group motivated me to look into Marxist studies, and I picked up the most about Hegel indirectly, mostly through Alexandre Kojève.

When I decided to come to the United States, I repeated, around the age of eighteen, the marathon exercise by buying a few hundred books in English (by authors ranging from Trollope to Burke, Macaulay, and Gibbon, with Anaïs Nin and other then fashionable authorsde scandale), not showing up to class, and keeping the thirty- to sixty-hour discipline.

In school, I had figured out that when one could write essays with a rich, literary, but precise vocabulary (though not inadequate to the topic at hand), and maintain some coherence throughout, what one writes about becomes secondary and the examiners get a hint about one’s style and rigor from that. And my father gave me a complete break after I got published as a teenager in the local paper—“just don’t flunk” was his condition. It was a barbell—play it safe at school and read on your own, have zero expectation from school. Later, after I was jailed for assaulting a policeman in a student riot, he acted scared of me and let me do whatever I wanted. When I reached the “f*** you money” stage in my twenties, at the time when it was much, much rarer than today, in spite of a war raging in the home country, my father took credit for it by attributing it to the breadth of the education he allowed me to have and how it differentiated me from others like him with narrow background.

When, at Wharton, I discovered that I wanted to specialize in a profession linked to probability and rare events, a probability and randomness obsession took control of my mind. I also smelled some flaws with statistical stuff that the professor could not explain, brushing them away—it was what the professor was brushing away that had to be the meat. I realized that there was a fraud somewhere, that “six sigma” events (measures of very rare events) were grossly miscomputed and we had no basis for their computation, but I could not articulate my realization clearly, and was getting humiliated by people who started smoking me with complicated math. I saw the limits of probability in front of me, clear as crystal, but could not find the words to express the point. So I went to the bookstore and ordered (there was no Web at the time) almost every book with “probability” or “stochastic” in its title. I read nothing else for a couple of years, no course material, no newspaper, no literature, nothing. I read them in bed, jumping from one book to the next when stuck with something I did not get immediately or felt ever so slightly bored. And I kept ordering those books. I was hungry to go deeper into the problem of small probabilities. It was effortless. That was my best investment—risk turned out to be the topic I know the best. Five years later I was set for life and now I am making a research career out of various aspects of small probability events. Had I studied the subject by pre-packaged means, I would be now brainwashed into thinking that uncertainty was something to be found in a casino, that kind of thing. There is such a thing as non-nerdy applied mathematics: find a problem first, and figure out the math that works for it (just as one acquires language), rather than study in a vacuum through theorems and artificial examples, then change reality to make it look like these examples.

One day in the 1980s I had dinner with a famous speculator, a hugely successful man. He muttered the hyperbole that hit home: “much of what other people know isn’t worth knowing.”

To this day I still have the instinct that the treasure, what one needs to know for a profession, is necessarily what lies outside the corpus, as far away from the center as possible. But there is something central in following one’s own direction in the selection of readings: what I was given to study in school I have forgotten; what I decided to read on my own, I still remember. 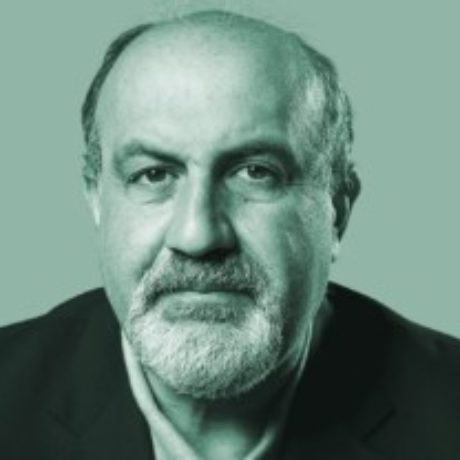 Nassim Nicholas Taleb is a Lebanese-American essayist, scholar, mathematical statistician, and former option trader and risk analyst, whose work concerns problems of randomness, probability, and uncertainty. His 2007 book The Black Swan has been described by The Sunday Times as one of the twelve most influential books since World War II