The Importance of Mothers

What is unique ans special about mothers? Can motherly love and emotion be replaced? Read this brilliant excerpt from Robert Sapolsky’s book to find out. 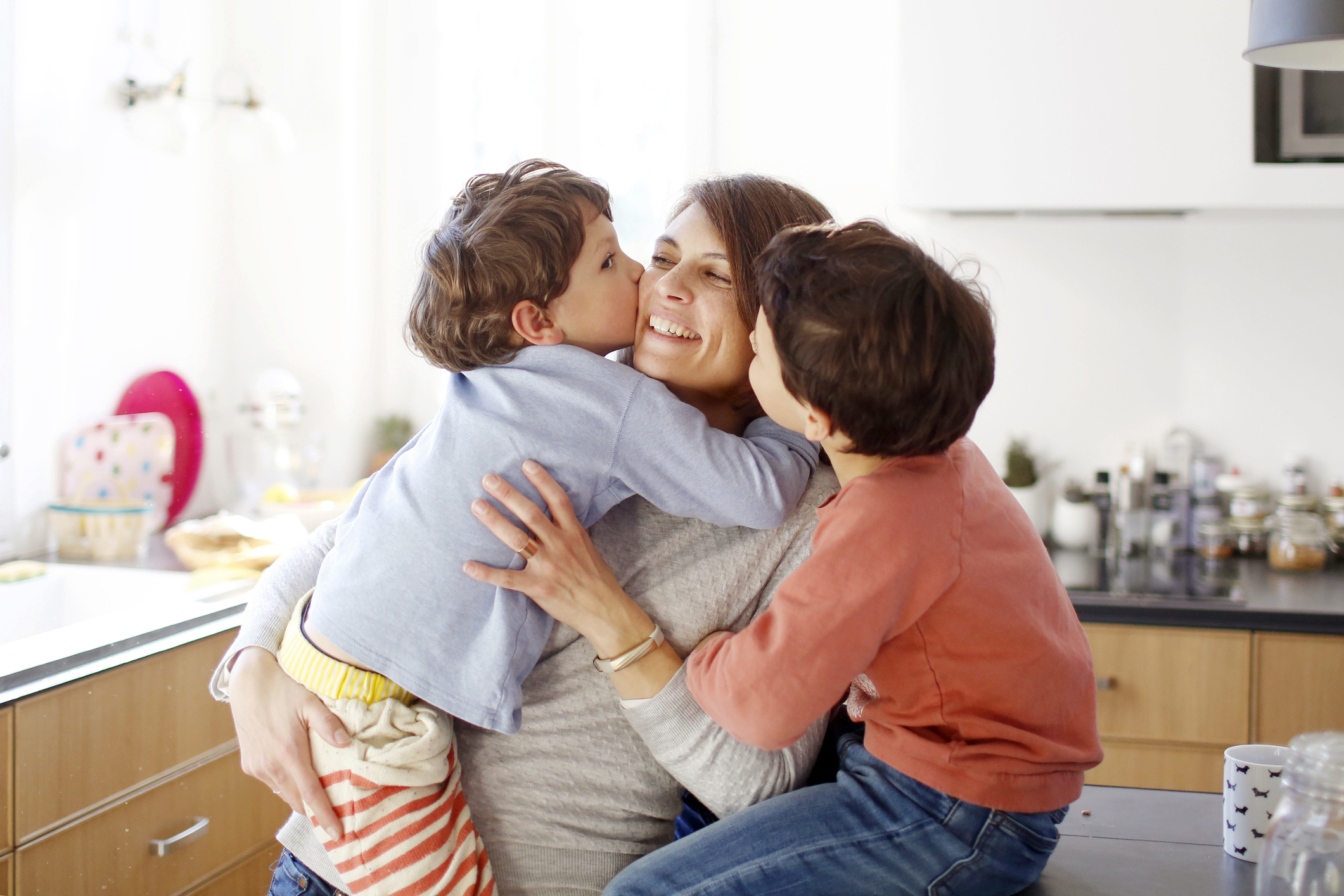 Nothing like a section heading stating the obvious. Everybody needs a mother. Even rodents; separate rat pups from Mom a few hours daily and, as adults, they have elevated glucocorticoid levels and poor cognitive skills; are anxious, and, if male, are more aggressive. Mothers are crucial. Except that well into the twentieth century, most experts didn’t think so. The West developed child rearing techniques where when compared with traditional cultures, children had less physical contact with their mothers, slept alone at earlier ages, and had longer latencies to be picked up when crying. Around 1900 the leading expert Luther Holt of Columbia University warned against the “vicious practice” of picking up a crying child or handling her too often. This was the world of children of the wealthy, raised by nannies and presented to their parents before bedtime to be briefly seen but not heard.

This period brought one of history’s strangest one-night stands, namely when the Freudians and the behaviorists hooked up to explain why infants become attached to their mothers. To behaviorists, obviously it’s because mothers reinforce them, providing calories when they’re hungry. For Freudians, also obviously, infants lack the “ego development” to form a relationship with anything/anyone other than Mom’s breasts. When combined with children-should-be-seen-but-not-heard-ism, this suggested that once you’ve addressed a child’s need for nutrition, proper temperature, plus other odds and ends, they’re set to go. Affection, warmth, physical contact? Superfluous.

Such thinking produced at least one disaster. When a child was hospitalized for a stretch, dogma was that the mother was unnecessary-she just added emotional tumult, and everything essential was supplied by the staff. Typically, mothers could visit their children once a week for a few minutes. And when kids were hospitalized for extended periods, they wasted away with “hospitalism,” dying in droves from nonspecific infections and gastrointestinal maladies unrelated to their original illness. This was an era when the germ theory had mutated into the belief that hospitalized children do best when untouched, in antiseptic isolation. Remarkably, hospitalism soared in hospitals with newfangled incubators (adapted from poultry farming); the safest hospitals were poor ones that relied on the primitive act of humans actually touching and interacting with infants.

In the 1950s the British psychiatrist John Bowlby challenged the view of infants as simple organisms with few emotional needs; his “attachment theory” birthed our modern view of the mother-infant bond. In his trilogy Attachment and Loss, Bowlby summarized the no-brainer answers we’d give today to the question “What do children need from their mothers?” Love, warmth, affection, responsiveness, stimulation, consistency, reliability. What is produced in their absence? Anxious, depressed, and/or poorly attached adults?

Bowlby inspired one of the most iconic experiments in psychology’s history, by Harry Harlow of the University of Wisconsin; it destroyed Freudian and behaviorist dogma about mother-infant bonding. Harlow would raise an infant rhesus monkey without a mother but with two “surrogates” instead. Both were made of a chicken wire tube approximating a torso, with a monkey-ish plastic head on top. One surrogate had a bottle of milk coming from its “torso”. The other had terry cloth wrapped around torso. In other words, one gave calories, the other a poignant approximately of a mother monkey’s fur. Freud and B.F. Skinner would have wrestled over access to chicken-wire mom. But infant monkeys chose the terry-cloth mom. Man cannot live by milk alone. Love is an emotion that does not need to be bottle-or spoon fed,” wrote Harlow.

Evidence for the most basic need provided by a mother comes from a controversial quarter. Starting in the 1990s, crime rates plummeted across the United States. Why? For liberals the answer was the thriving economy. For conservatives it was the larger budgets for policing, expanded prisons, and three-strikes sentencing laws. Meanwhile, a partial explanation was provided by legal scholar John Donohue of Stanford and economist Steven Levitt of the University of Chicago-it was the legalization of abortions. The authors’ state-by-state analysis of the liberalization of abortion laws and the demographics of the crime drop showed that when abortions become readily available in an area, rates of crime by young adults’ decline about twenty years later. Surprise-this was highly controversial, but it makes perfect, depressing sense to me. What majorly predicts a life of crime? Being born to a mother who, if she could, would have chosen that you not be. What’s the most basic thing provided by a mother? Knowing that she is happy that you exist.

Harlow also helped demonstrate a cornerstone of this book, namely what mothers (and later peers) provides as children grow. To do so, he performed some of the most inflammatory research in psychology’s history. This involved raising infant monkeys in isolation, absent mother or peers; they spent the first months, even years, of their lives without contact with another living being, before being placed in a social group.

Predictably, they’d be wrecks. Some would sit alone, clutching themselves, rocking “autistically.” Others would be markedly inappropriate in their hierarchical or sexual behaviors.

There was something interesting. It wasn’t that these ex-isolates did behaviors wrong – they didn’t aggressively display like an ostrich, make the sexually solicitive gestures of a gecko. Behaviors were normal but occurred at the wrong time and place – say, giving subordination gestures to pipsqueaks half their size, threatening alphas they should cower before. Mothers and peers don’t teach the motoric features of fixed action patterns; those are hardwired. They teach when, where, and to whom – the appropriate context for those behavior. They give the first lessons about when touching someone’s arm or pulling a trigger can be among the best or worst of our behaviors.

I saw a striking example of this among the baboons that I study in Kenya, when both a high-ranking and a low-ranking female gave birth to daughters the same week. The former’s kid hit every developmental landmark earlier than the other, the playing field already un-level. When the infants were a few weeks old, they nearly had their first interaction. Daughter of subordinate mom spotted daughter of dominant one, toddled over to say hello. And as she got near, her low-ranking mother grabbed her by the tail and pulled her back.

This was her first lesson about her place in that world. “You see her? She’s much higher ranking than you, so you don’t just go and hang with her. If she’s around, you sit still and avoid eye contact and hope she doesn’t take whatever you’re eating.” Amazingly, in twenty years those two infants would be old ladies, sitting in the savanna, still displaying the rank asymmetries they learned that morning.

We are now on Telegram. For regular updates on articles, videos and more, please subscribe to our telegram channel !

Indic Essay Competition on India That is Bharat
Lower Interest Rate and Investment in Gold
History of Jagannatha Temple II: The associated legends 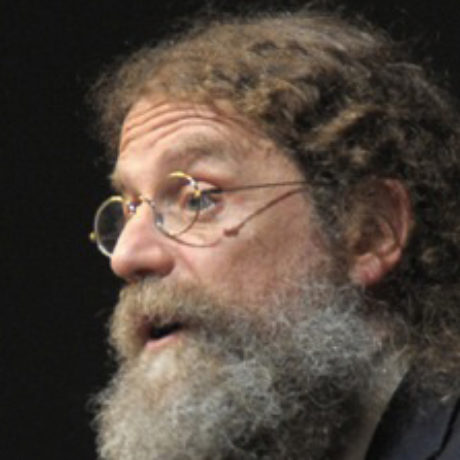 Robert Morris Sapolsky (born April 6, 1957) is an American neuroendocrinology researcher and author. He is currently a professor of biology, and professor of neurology and neurological sciences and, by courtesy, neurosurgery, at Stanford University. In addition, he is a research associate at the National Museums of Kenya.