What is the symbolic meaning of three nights that Nachiketa spent in fasting? Read this insightful piece to find out. 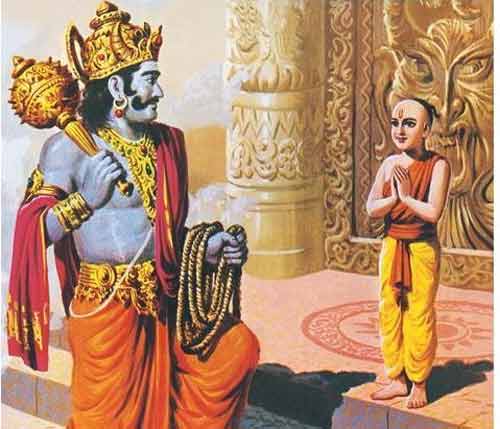 “At Yama’s place, Naciketa passed three nights, fasting, When Yama came home, his people told him – A Brahmana guest enters the house like a Fire, O, Vaivasvata Yama, bring water for him and propitiate him – all (householders) do it.” (Katha Upanishad 1.7)

With the help of his heart’s illumination, taking the Sun-Path, Naciketa is moving forward. First there is the light of the day; then comes darkness of night. Like that he crosses over three nights. The story moves forward. Here there is a similarity with a hymn in Rgveda (10/135). The Rishi is Kumara Yamayana and the deity (Devata) is Yama. The story is told in detail in the Taittiriya Brahmana (3/11). There the story is alluded to with reference to Naciketa Fire.

In the Upanisad its spiritual and philosophical ideas are developed. Truths are presented in the Veda mystically, in Brahmans ritualistically and in the Upanishads philosophically. Three nights are three darknesses, three knots in the consciousness (granthi).

In the individual consciousness the three knots are

(2) Visnu-granthi at the heart and

Crossing over the three nights, piercing the three knots, Naciketa has arrived at the fourth state – the Turiya.

Brahma-granthi-the knot at the Navel is the knot of ordinary natural – Prakrti-consciousness. Naciketa’s vision that creatures die again and again – “Punarapi Jananam, Punarapi Maranam” – the cycle of birth and death is of that nature. He sees all creatures fall in the snare of death again and again.

Ignorance – avidya – holds on to ‘ego’-I-ness. Those who think only of ordinary worldly, life are the atheists. They are bound by the knot of Brahma-Prajapati. They are bound by the noose of death, “This is one night. But in it aspiration arises. Aspiration for knowledge. It had arisen in Naciketa. Yet there is bondage. The bondage of worldly things, worldly happiness. One has to rise above it.

These nights cannot be crossed over only by one’s efforts: Grace is necessary. Of course one has to be alert, awake, always mindful and pure – samanaska–suci. The first night is brahmi ratri, brahmi maya – night of creator god, illusion of Brahma! Though spiritual thirst, aspiration for knowledge awakes, it is difficult to find the way to cross over. By the grace and power of some unknown force (god’s force and Grace) the Sadhaka is able to cross over. The second dark night is called Visnu granthi. The knot of God, Visnu – the sustaining, maintaining power of God. This Vatsnavi Maya – illusion power of Visnu.

The Sadhaka moves forward. Goes on performing many sacrifices – sadhanas – spiritual practices. As a result of sacrifice one attains desired worlds. There is no dearth of worldly enjoyments, even heavenly enjoyments. Even death is not there. One can go beyond death, disease and old age. But he is still bound by Karma – fruits of actions. Fine emotions, good and noble desires arise. But one has to go beyond these good and noble desires. This is more difficult. When one tries to go beyond Good, then he faces another darkness. If one has arrived at this state properly, here too the law of illumination will begin to work. To save oneself from this vaisnavimaya one has to go beyond all relish – all desires – all tastes – There should be renunciation of all desires – even the desire for realization or liberation – rasavada – varjana.

In Mandukya-Karika – commentary on the Mandukya-Upanisad by Gaudapada, the great-guru of Shankaracharya, the sadhaka is advised to give up, relinquish four things, the first is Kasaya Varjana all types of tastes, flavors, emotions, passions etc are to be relinquished. The second is Viksepa Varjana’ – throwing away, removing all types of obstacles, confusions of mind etc. Concentrated meditation is a great help here. The third is ‘Haya Varjana’. As a result of concentration and meditation, a type of sleep, unconsciousness, stupefaction comes over. That has to be overpowered. One has to remain alert and conscious within all the time. And the fourth is ‘Rasavada-varjana’. Sadhaka will have attractive visions, allurements of cosmic, heavenly worlds of many types. Desire to enjoy all these heavenly worlds becomes powerful.

This very subtle desire too has to be overcome and relinquished. At this stage, at the borderline of this state, comes another darkness. This is the third night. The consciousness has become very clear, illuminated. It is full of positive experience. This is the state when, one has to crossover from all positive = iti – experience to neti – to negative, to nothingness, sunyata. The place of Rudra granthi – the knot of Rudra – the deity of dissolution is at the middle of the brows – bhrti madhya. One has to die, die to everything, embrace Death. There is no peace till then. Naciketa will talk to Yama – the death – god from, this third state.

Naciketa has to say something about all these three stages. That is shown through the three boons he asks for. In the first boon, he wants to return to the world. In the second place he asks for strength to achieve fully all bliss and heavenly happiness. In the third boon, he wants to know the state after the third state, after Death. Yama easily grants his first two boons, but hesitates, does not want to give an answer to the third boon.

Religious Pluralism and Freedom of Religious and Spiritual Experience
Agenda for Hindu Survival: What we can do as individuals
Reflections on Hindu Identity 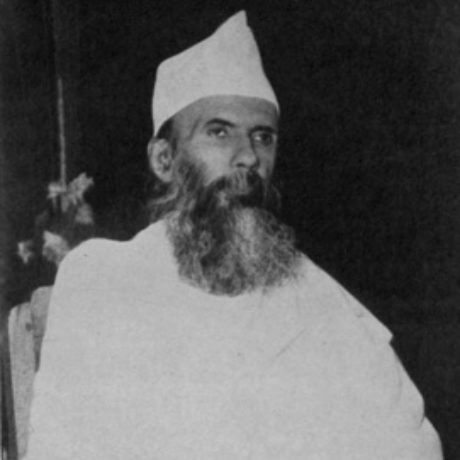