Brahmins are the root cause of all problems !

British officials conveniently blamed the Brahmin soldiers for instigating the mutiny of 1857. But in doing so, they were faced with an even bigger predicament. 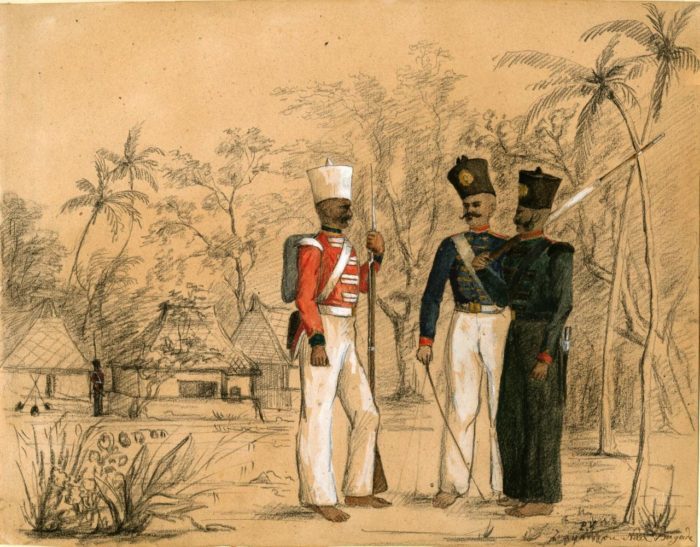 Almost all British officials who were witness to the mutiny of 1857 believed that the mutiny would not have occurred without the presence of brahmin soldiers in the vast and powerful Bengal army.  So, the million dollar question was: how did such a large number of Brahmins, primarily from Awadh and Buxar, come to be recruited in the Bengal army? The Chief Commissioner of Punjab, Sir John Lawrence, was amazed to find that more than three-fourths of the Bengal infantry comprised of Brahmins and Rajput soldiers. A military officer asked what was so special about Awadh soldiers that they had been recruited on a large scale in the Bombay Army, and had it not been for the mutiny, then in a few years, the Bombay Army would have joined the ranks of Purbiya soldiers in the Bengal Army. An officer, who had worked in the armies of both the Bengal and Madras presidencies, said that there is no doubt that these Purbiya soldiers have proved to be better than the soldiers of other regions.

But this was not the sole reason for their recruitment. Many experienced officers said that the beautiful shapely bodies of the Purbiya Brahmins, their acumen and clean habits had impressed our Brahmanised recruiting officers. Many officers acknowledged that besides being good soldiers, they are very disciplined and their conduct is impressively decent. But this very influence of the Brahmins was also the root of all troubles for the British.

Maj Gen Birch, military secretary, Government of India, said, “I saw with my own eyes that upon the conclusion of the parade, a low caste officer of a company prostrated at the feet of an ordinary Brahmin soldier of his company.”   Sir John Lawrence and Lord Elphinstone, the Governor of Bombay, also noted the powerful influence of Brahmins on soldiers of other castes. On 22nd May, 1858, Lord Elphinstone wrote that the influence of Brahmins on soldiers of other castes was totally hostile to military discipline. Another British military officer told the commission that we British officials always felt the presence of an overriding influence (beyond our military rule) which we have no control over.

Surprisingly, no officer in his witness said that the influence and atrocities of Brahmins had plagued the people of other castes or that the latter were desperate to rid themselves of Brahminical influence. On the contrary, they witnessed the opposite scenario. He said that the influence of Brahmins was born out of the reverence in which Brahmins were held by other castes. Sir John Lawrence wrote in his report that  “last year, when the soldiers of the upper castes raised the flag of rebellion, all the lower caste soldiers, who were employed for tasks like burying tents, mowing and serving horses, followed the orders like herds of sheep. They did not, for once, consider it appropriate to abide by the orders of their senior British authorities.”

Since the presence of Brahmin soldiers was understood to be the main reason for the 1857 mutiny, most of the officers were of the view that while Brahmins should not be recruited in the new army, a large number of soldiers should be recruited from the lower castes. The Army Chief of Bombay, Le. General R.H. Somset said that Brahmins should be denied entry not only in the army but also in civil administration. Fidgeted by the events of the 1857 mutiny, several colonial officials suggested that Brahmins be denied recruitment in the army and that the army should instead allow recruitment of people from all other castes and regions. It was recommended that Caste should have no recognition in the army, and that they should try to completely uproot and eradicate caste. To achieve this goal, there should be mixed troops of all castes.

But Major General Birch,  Sir John Lawrence,  Wr. Mensfield and many other experienced and top officials did not exhibit such impulsive enthusiasm. The Military Secretary, Government of India, Maj Gen Birch, gave a written statement to the Commission and termed all these recommendations as impractical.  He wrote that we may have a sense of condemnation and disaffection towards the caste system, and who would know more than me about the ill-effects and demoralising tendencies of this system, yet caste cannot be wiped out by our mere wishful thinking. We must understand that an institution such as caste does not exist in any other country. Therefore, the endeavour of intermingling various castes and classes as seen in other countries is meaningless in India.  One thing is certain that even by showing utter contempt for the caste system, we will not be able to motivate Indians to disregard caste. Birch, quoting Lord William Bentick’s order of December 31, 1834 as also Section 6 of Part 2 of the Bengal Army Act 31 of 1853, wrote that the Act, based on long experience, directed the recruitment of upper castes and the rejection of all those of the lower castes. The Act mentions the castes associated with the following professions: Bania, Kayastha, Nayi, Telli, Tamboli, Gadaria,  Kahar,  Mali,  Kachi and others in the list of castes that were barred from serving in the military. While making his case against the recruitment of lower castes in the army, Birch argued that while the people of the lower castes may be employed in other branches of public services, it would be foolish to rely on them for the military security of the country, for it is yet to be seen how they would behave in the face of a threat. I am afraid that should an enemy be staring them in the face, these people would flee, because given the ill-effects of caste, these people lack the sense of self-confidence that is the first criteria to be a soldier. Birch wrote: ‘I suspect that those who are currently strongly advocating in the favour of recruiting persons from the lowest castes would themselves prefer to work only in a regiment of domes or halalkhors.’

We don’t have to agree with the opinion of people like Birch, but here we are merely presenting the experiences and opinions of contemporary colonial authorities. There were many colonial officials who agreed with Birch’s view. The predicament before everyone was that while Brahmins could not be trusted, the lower castes could not be entrusted with the responsibility of such a crucial domain as military security; it is not in our capacity to eradicate the caste system, then what is the remedy?

Radhakrishnan's Tryst with Plagiarism
The Building of Jaipur: Work in Astronomy
The quintessential carvings of Konarak: where Architecture speaks the Language of Astronomy 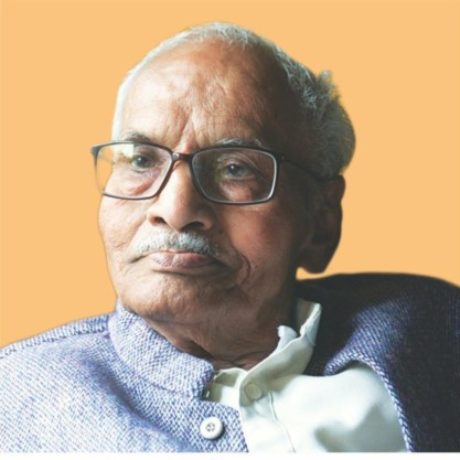