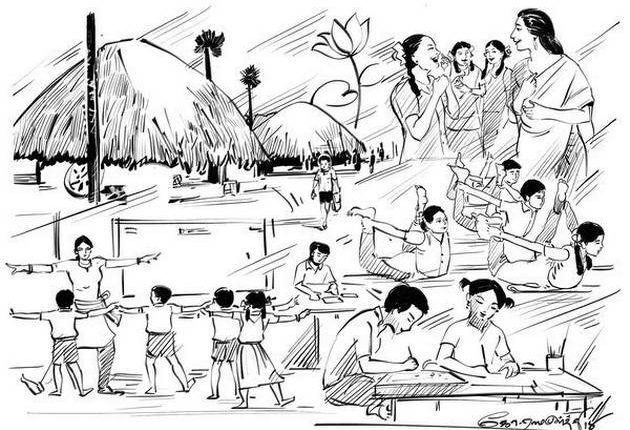 Another crucial fact that emerged from the reports of the various collectors was that, there was almost a parallel system of children being educated at homes. [1] However, it was only the collector of the Madras District, L.G.K. Murray, who gave detailed information on the number of boys who were so instructed at home.  In his first report of 13 November 1822, Murray mentions that there were 5,699 students who were studying in 305 schools and 17 “charity schools” (Dharampal 1983:113) of the Madras district.

In his minute written one year later on 10 March 1826, Munro seems to be intent on downplaying the fact that there were a large number of students who were receiving instruction at home.  He therefore makes the invidious suggestion that “there is probably some error in this number” (Dharampal 1983:248). [3]  Munro still has to concede that “the number privately taught in the provinces does certainly not approach this rate, it is no doubt considerable, because the practice of boys being taught at home by their relations or private teachers is not infrequent in any part of the country.” (Dharampal 1983:248)

Hence, Munro makes a modest increase in the estimate of the number of boys of the school-going age who were receiving instruction, when those who were being instructed at home are also included: “I am, however, inclined to estimate the portion of the male population who receive school education to be nearer to one-third than one-fourth of the whole, because we have no returns from the provinces of the numbers taught at home.” (Dharampal 1983:248, emphasis added)

This suggestion of Munro is clearly a gross underestimate of the number of boys who would have been receiving instruction in ca.1825 under the indigenous education system.  If it is assumed that the number who were instructed at home in the other districts were also as large (nearly five times) in comparison to those who were instructed in the schools as was reported in the case of the Madras district, then it would result that almost all the boys of school-going age would have been receiving instruction either in the schools or at home!

Even if it be assumed that the number of boys instructed at home was on the average about twice the number of those instructed in the schools, [4] then it would result that nearly two-thirds (or around 65%) of the boys of schools-going age would be under instruction, instead of one-third as suggested by Munro.

Munro does not take any note of the detailed data on the students belonging to different communities that was provided in the reports of the collectors.  He merely remarks that “the proportion educated is very different in different classes; in some it is nearly the whole; in others it is hardly one-tenth” (Dharampal 1983:248).  Details of the actual data presented by various collectors on the number of students belonging to different communities will be discussed in the next section.

Why do Muslims attack Dargahs?
Dishonesty of Colonial ‘Scholars’: The Case of Monier Williams
A Brief History of Indian Science. Some Underlying Principles. 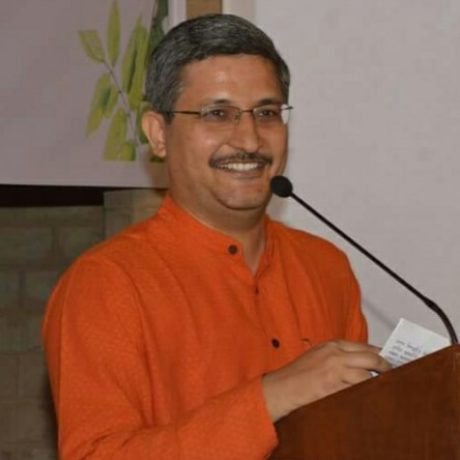