In this article, Ananda Coomaraswamy explains how the inspiration of all art in India is spiritual and comes from within. It is not just an act of observation but an act of absorption of the divine form, which is revealed to the artist when he meditates upon the nature of the truth. All Art in India is thus ideally derived. It is taken from Coomaraswamy’s definitive work on Art, “The Transformation of Nature in Art”. 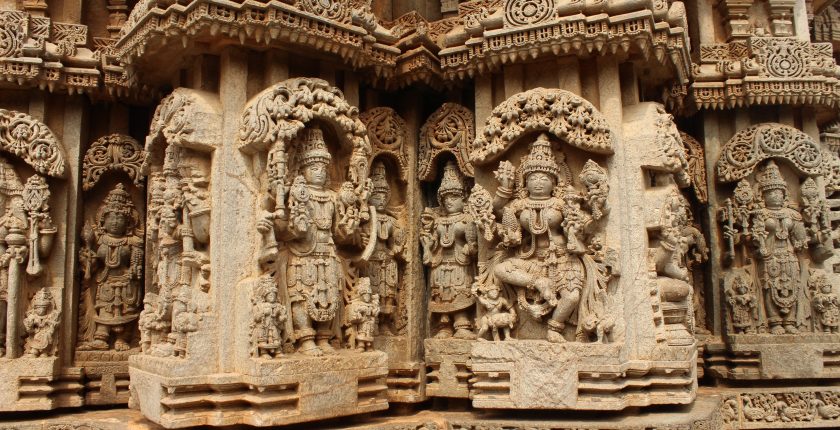 In the following pages there is presented a statement of Oriental aesthetic theory based mainly on Indian and partly on Chinese sources: at the same time, by means of notes and occasional remarks, a basis is offered for a general theory of art coordinating Eastern and Western points of view. Whenever European art is referred to by way of contrast or elucidation, it should be remembered that “European art” is of two very different kinds, one Christian and scholastic, the other post-Renaissance and personal.

It will be evident enough from our essay on Eckhart, and might have been made equally clear from a study of St Thomas and his sources, that there was a time when Europe and Asia could and did actually understand each other very well. Asia has remained herself; but subsequent to the extroversion of the European consciousness and its preoccupation with surfaces, it has become more and more difficult for European minds to think in terms of unity, and therefore more difficult to understand the Asiatic point of view.

It is just possible that the mathematical development of modern science, and certain corresponding tendencies in modern European art on the one hand, and the penetration of Asiatic thought and art into the Western environment on the other, may represent the possibility of a renewed rapprochement. The peace and happiness of the world depend on this possibility.

But for the present, Asiatic thought has hardly been, can hardly be, presented in European phraseology without distortion, and what is called the appreciation of Asiatic art is mainly based on categorical misinterpretations. Our purpose in the present volume is to place the Asiatic and the valid European views side by side, not as curiosities, but as representing actual and indispensable truth; not endeavoring to prove by any argumentation what should be apparent to the consciousness of the intelligent – sacetasam anubhavah pramanam tatra kevalam!

The scope of the discussion permits only a brief reference to Muhammadan art: Islamic aesthetics could be presented only by an author steeped in Arabic philosophy and familiar with the literature on calligraphy, poetics, and the legitimacy of music. But it must be pointed out in passing that this Islamic art, which is so many ways link East with West, and yet by its aniconic character seems to stand in opposition to both, really diverges not so much in fundamental principles as in literal interpretation.

For naturalism is antipathetic to religious art of all kinds, to art of any kind, and the spirit of the traditional Islamic interdiction of the representation of living forms is not really infringed by such ideal representations as are met with in Indian or Christian iconography, or Chinese animal painting. The Muhammadan interdiction refers to such naturalistic representations as could theoretically, at the Judgement Day, be required to function biologically; but the Indian icon is not constructed as though to function biologically, the Christian icon cannot be thought of as moved by any other thing than its form, and each should, strictly speaking, be regarded as a kind of diagram, expressing certain ideas, and not as the likeness of anything on earth.

Let us now consider what is art and what are the values of art from an Asiatic, that is, mainly Indian and Far Eastern, point of view. It will be natural to lay most stress on India, because the systematic discussion of aesthetic problems has been far more developed there than in China, where we have to deduce the theory from what has been said and done by painters, rather than from any doctrine propounded by philosophers or rhetoricians.

In the first place, then, we find it clearly recognized that the formal element in art represents a purely mental activity, citta-sanna. From this point of view, it will appear natural enough that India should have developed a highly specialized technique of vision. The maker of an icon, having by various means proper to the practice of Yoga eliminated the distracting influences of fugitive emotions and creature images, self-willing and self-thinking, proceeds to visualize the form of the Devata, angel or aspect of God, describe in a given canonical prescription, sadhana, mantram, dhyana. The mind “pro-duces” or “draws” (akarsati) this form to itself, as though from a great distance.

Ultimately, that is, from Heaven, where the types of art exist in formal operation; immediately, form “the immanent space in the heart” (antar-hrdaya-akasa), the common focus (samstava, “Concord”) of seer and seen, at which place the only possible experience of reality takes place. The true-knowledge-purity aspect (jnana-sattva-rupa) thus conceived and inwardly known (antar-jneya) reveals itself against the ideal space (akasa) like a reflection (pratibimbavat), or as if seen in a dream (svapnavat).

The imager must realize a complete self-identification with it (atmanam dhyayat, or bhavayet), whatever its peculiarities (nanalaksanalamkrtam), even in the case of opposite sex or when the divinity is provided with terrible supernatural characteristics; the form thus known in an act of non-differentiation, being held in view as long as may be necessary (evam rupam yavad icchati tavad vibnavayet), is the model from which he proceeds to execution in stone, pigment, or other material.

The whole process, up to the point of manufacture, belongs to the established order of personal devotions, in which worship is paid to an image mentally conceived (dhyatva yajet); in any case, the principle involved is that true knowledge of an object is not obtained by merely empirical observation or reflex registration (pratyaksa), but only when the knower and known; seer and seen, meet in an act transcending distinction (anayor Advaita). To worship any Angel in truth one must become the Angel: “whoever worships a divinity as other than the self, thinking ‘He is one, and I another,’ knows not,” Brhadaranyaka Upanisad, I, 4, 10.

The procedure on the part of the imager, above outlined, implies a real understanding of the psychology of aesthetic intuition. To generalize, whatever object may be the artist’s chosen or appointed theme becomes for the time being the single object of his attention and devotion; and only when the theme has thus become for him an immediate experience can it be stated authoritatively from knowledge.

Accordingly, the language of Yoga may be employed even in the case of a portrait, for example Malavikagnimitra, II, 2, where, the painter having missed something of the beauty of the model, this is attributed to a relaxation of concentration, an imperfect absorption, sithila-samadhi, not to want of observation. Even when a horse is to be modelled from life we still find the language of Yoga employed: “having concentrated, he should set to work” (dhyatva kuryat), Sukranitisara, IV, 7, 73.

Here indeed European and Asiatic art meet on absolutely common ground; according to Eckhart, the skilled painter shows his art, but it is not himself that it reveals to us, and in the words of Dante, “Who paints a figure, if he cannot be it, cannot draw it, “Chi pinge figura, si non puo esser lei, non la puo porre? It should be added that the idea of Yoga covers not merely the moment of intuition, but also execution: Yoga is dexterity in action, karmasu kausala, Bhagavad Gita, II, 50. So, for example, in Sankaracarya’s metaphor of the arrow-maker “who perceives nothing beyond his work when he is buried in it,” and the saying, “I have learnt concentration from the maker of arrows.” The words yogya, application, study, practice, and yukti, accomplishment, skill, virtuosity, are often used in connection with the arts.

An ideal derivation of the types that are to be represented or made by the human artist is sometimes asserted in another way, all the arts being thought of as having a divine origin, and as having been revealed or otherwise brought down from Heaven to Earth; “our Saiva Agamas teach that the architecture of our temples is all Kailasabhavana, that is of forms prevailing in Kailasa.” A very striking enunciation of this principle will be found in Aitareya Brahmana, VI, 27: “It is in imitation (anukriti) of the angelic (deva) works of art (silpani) that any work of art (Silpa) is accomplished (adhigamyate) here; for example, a clay elephant, a brazen object, a garment, a gold object, and a mule-chariot are ‘works of art.’ A work of art (Silpa), Indeed (ha), is accomplished in him who comprehends this.

For these (angelic) works of art (Silpani, viz. the material Silpa texts) are an integration of the Self (atma-samskrti); and by them the sacrificer likewise integrates himself (atmanam samskurute) in the mode of rhythm (chandomaya).” Corresponding to this are many passages of the Rg Veda in which the artistry of the incantation (mantra) is compared to that of a weaver or carpenter. Sometimes the artist is thought of as visiting some heaven, and there seeing the form of the angel or architecture to be reproduced on earth; sometimes the architect is spoken of as controlled by Visvakarma, originally an essential name of the Supreme Artificer, later simply of the master architect of the angels, and patron of human craftsmen; or Visvakarma may be thought of as himself assuming the form of a human architect in order to produce a particular work; or the required form may be revealed in a dream.

Nor is any distinction of kind as between fine and decorative, free or servile, art to be made in this connection. Indian literature provides us with numerous lists of the eighteen or more professional arts (Silpa) and the sixty-four avocational arts (kata): and these embrace every kind of skilled activity, from music, painting, and weaving to horsemanship, cookery, and the practice of magic, without distinction of rank, all being equally of angelic origin.

It is thus, and will become further, evident that all the forms of Indian art and its derivatives in the Far East are ideally determined.

This is the first part of the series.

The Origin and the Use of Image in India – Part 2
Ways of the Jnanis - 1 - King Janak's Dream
Shall Art Imitate Nature? – The Concept of Sadrsya 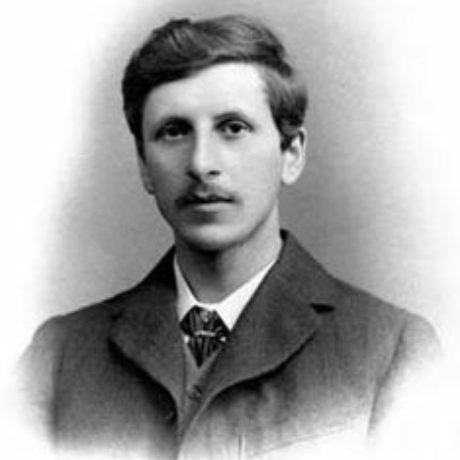