In this excerpt from his famous work “The Vakyapadiya of Bhartrhari with the Vrtti” Shri K. A. Subramania Iyer discusses the nature of knowledge and the sense with which we acquire it. He talks about how the language is intuited, how it originates in human consciousness and how it is manifested in the form that we are familiar from. 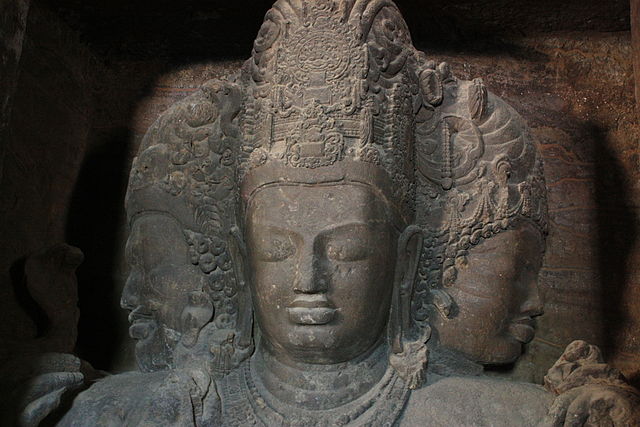 Now we have to see what Bhartrhari has to say about the source of pratibha. From where does everybody get it? There are some statements in the Vakyapadiya in different contexts having a bearing on this question and one has to see to what extent these statements present a single coherent view.

After having described the Pratibha of animals and birds and the activities which it gives rise to, Bhartrhari says (1) that it comes from agama, understood by Punyaraja in the sense of Sabda, (2) that it is accompanied by bhavana (3) and that agama is differentiated according as it is proximate (asatti) or distant (vipra-karsa). Each of these points requires elucidation.

At the other end of the scale, it is stated that the knowledge of the Rsis is also based on agama. What is this agama which is common to animals and birds at one end and to the Rsis at the other? The implication is that it exists in everybody.

As Pratibha exists in everybody, its cause agama must also necessarily exist in everybody. It is said to be accompanied by bhavana. We are here reminded of the word Sabda bhavana which is mentioned in another context. Bhartrhari has used that expression in connection with newly born babies. It is because of Sabda bhavana that the newly born baby is able to make the first movement with the vocal organs or even to breathe. It is because of it that the air coming out of the baby’s mouth is able to strike at the different points of articulation and produce sounds. It is stated to be eternal and to be the residual trace of the use of words in its previous birth. The baby is able, not only to move its vocal organs, but also to understand and to will. The movements which it makes presuppose a certain will and effort involving the mind. It is not due to any instruction that the baby is able to make these movements but due to its own pratibha, says the Vrtti, while explaining the word Sabda-Bhavana.

From the way in which the subject matter is treated in this context, the Sabda Bhavana, that is, the residual trace of the use of words in previous lives, is the cause of the pratibha, Intuition. Thus, in the case of babies, their pratibha comes from Sabda bhavana. As animals and birds resemble newly born babies in not knowing any language, it must be assumed that in their case also the intuition has the same source. Bhartrhari actually brackets babies and animals together in one context. Agama, as the source of Pratibha, would thus seem to stand for Sabda bhavana (or bhavana, for short) in the case of all beings who do not know any language but who yet understand and act. It remains to see what agama means in the case of average persons who know a language and in the case of Rsis and Sistas. Residual traces of the use of words in previous lives exist in their case also. But they have also learnt a language.

We have seen how intuition is aroused when one hears sentences uttered by others. In the case of adults, therefore, the residual traces and the hearing of the words of others work together in order to awaken the Intuition. In other words, agama or the word is very near to them (asatti). In the case of babies and animals, the residual traces alone are responsible for the awakening of the Intuition. But they are, after all, the result of the repeated use of words in previous lives, so that when an intuition is aroused by them, it is really aroused by words. The difference is that, in this case, the word is very distant (vipra-karsa). In the case of adult who know the language and whose intuition is aroused by hearing the words uttered by others, it is directly aroused by the words (saksac chabdena janitam). That words are the cause of the awakening of Intuition is the first statement which Bhartrhari makes in this context and he seems to have used Sabda in its widest possible sense to include even the residual traces of the words used in previous lives.

One must, however, remember that while the meaning understood from words is always in the nature of Intuition, one cannot maintain that, according to Bhartrhari, it is always aroused in that way and in no other. He has enumerated six causes for the awakening of Intuition and some of them do not involve the use of words at all. ‘Svabhava’ is one of them and if the singing of the cuckoo in spring is an example of it, it does not involve the use of words. Nor can there be any use of words when the Yogi understands what is going on in the minds of others.

Agama has been taken in the sense of ‘word’ in general and bhavana has been understood as the residual traces, found in all beings, of the repeated use of words in previous lives.

But we have still to consider the use of the word agama in other contexts. We saw that it has been stated that the extraordinary perception which Rsis have is due to agama. The word is also commonly used in the Vakya padiya for Tradition, chiefly written Tradition, Sruti and Smrti, but it would also include the beliefs and conduct of cultured people (sistas) coming down from times immemorial even if not committed to writing. It has been declared to be eternal, something that shines uninterruptedly like one’s own consciousness. Those who take such an agama as authority do not allow themselves to be deflected from their path by the arguments of those who rely on reasoning only.

We saw how Bhartrhari speaks with respect about the knowledge of the expert, born of his practice (abhyasa) which enables him to guarantee the genuiness of precious stones.

But there are some other persons than these experts who are sometimes called Rsis and sometimes Sistas and who are credited with a special insight into things which other people cannot see. They are persons whose impurities have been burnt away by austerities (tapas) and whose cognitions are free from all limitations. They can see the past and the present. Their vision is divine (arsam caksuh). They can see things which are beyond our senses and our mind.

The Vrtti enumerates some examples of things which they can see and which ordinary persons cannot. They are: the supreme Inner Controller, the atoms, the unmanifested and undifferentiated Word-Principle (Sabda Brahman), the gods, the residual forces generated by action leading to particular results and to no other. Helaraja discusses elaborately in order to prove the existence of such exceptional individuals while explaining Bhartrhari’s statement that they can see the universals of objects with all their senses. They can also see the eternal connection of these universals with their words and are in a position to teach it to others. It is interesting to note that Bhartrhari compares their knowledge to that of experts who can tell the genuineness of precious stones. It is practice which enables them to attain that skill. All knowledge tends to reach a higher stage by practice. Whatever admits of degree reaches its climax somewhere and knowledge reaches its climax in the omniscient. This argument is already found in the Vyasa bhasya on the Yoga sutras which are quoted by Helaraja in this context.

How does it happen that some individuals are endowed with a special vision? We have already seen that it is attributed to agama. What is emphasized is that it is not absolutely spontaneous. If it were so, there is no reason why everybody should not have the same divine vision. It is due to the spiritual merit (dharma) which they had accumulated by strictly observing the injunctions of the written Tradition (agama or amnaya). If it were absolutely spontaneous all these injunctions would become quite useless. They have been laid down in order that men may strictly follow them, acquire spiritual merit and enjoy the fruits thereof. This is what Bhartrhari means by saying that agama or amnaya is the cause of divine vision of the sages. The causality is as follows – agama>dharma>jnana.

Thus the agamas which is the cause of the inner source of knowledge which exists in all, namely, the Pratibha, has to be understood somewhat differently in the case of animals and birds at one end and the sages at the other, though it is the same principle right through. In trying to understand it in relation to the sages, we have found that it means the written Tradition, Sruti and Smrti and the Dharma which it teaches.

It is, therefore, necessary to consider what Bhartrhari says about agama as Sruti and Smrti. 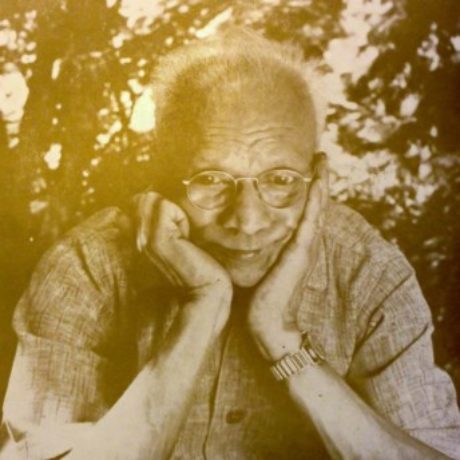