Islam according to Indian Secularism

This is part 8 of the earlier article On the Nature of Islam. This is a tract written on the Nature of Islam in context of the rising Islamic terrorism the world over in 2002. This article discusses how Indian Secularism lies about Islam and how it affects the future of India and humanity. They are ultimately primed for conversion to Islam. Note: Krishnaswami is a penname of an author, who for more spiritual than political reasons, shall remain anonymous. 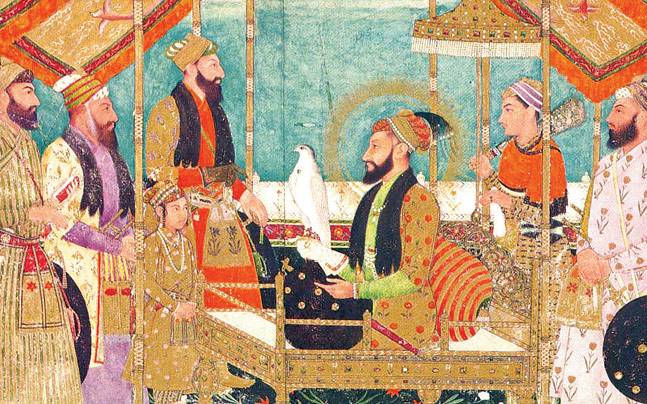 The Present day Indian leadership and the pseudo-secular media cherishes the found belief that they can manage the Muslims in India and elsewhere by praising Islam, its Prophet, and its scripture. This is exactly the attitude of second class non-Muslim citizens of Islamic states, who by paying Jaziah tax and by praising Islam save their necks. And this mental attitude of slavery is known as ‘Dhimmitude’. These pseudo secular Dhimmies conveniently forget that this is exactly what Gandhi had done, and that this precisely is the reason why he failed. Dhimmitude will never pay, therefore, always call a spade a spade.

The pseudo-secular media has perverted India’s political parlance by inventing a fraudulent Dhimmi terminology to describe the current situation prevailing in the country. This deceitful jargon is their main tool to deceive Hindus. It is important to expose their Orwellian double speak. You can make these verbal weapons useless by using the alternative and truthful terminology in place of media-sponsored misleading jargon.

For example, use the following expressions:

The use of correct terminology is sure antidote to the pseudo-secular Dhimmitude and Muslim self-righteousness. Raise objection whenever and wherever the right expression is not used.

Another mean trick of the pseudo-secular Dhimmies is to blame Pakistan but insulate and absolve the Islam from any charges of terrorist crimes. Pakistan has not invented Islamic terrorism, they are only religiously practising it and even Pakistani people themselves are victims of it. It was invented and perfected by the Prophet of Islam himself. Islam is the political ideology of predator Arab imperialism thinly camouflaged in the garb of religion and implemented by terror and Pakistan is its geographical manifestation.  We should never forget that Pakistan is created by the Islam, for the Islam and it is the nation of the Islam. Therefore, the idea that “Pakistan is bad but Islam is good” is a media sponsored fraud. Do not fall into this media manufactured mental trap. On the contrary, if Pakistan is bad, then Islam is essentially bad, because it is the ideological backbone of that state.

By simply blaming Musharaff, ISI or Pakistan for Islamic crimes committed on Indian territory, we can not solve this problem.  We can better serve our nation by reading Koran (the fountainhead of all Islamic terrorist activities) and by educating our people about its violent contents. So that ordinary Indian citizens can effectively counter the falsehood propagated by pseudo-secular media that ‘Islam is a religion of peace’, and thus save Hindu society from falling into Dhimmitude.

Pakistan’s objective is to complete the mission of Islam in India, which lay unfinished in spite of millennium long ‘Jihad’. It is foolish to think that the problem will vanish if Kashmir is handed over to them. Pakistan’s motive is to convert Dar-ul-Harb into Dar-ul-Islam, bit by bit, first Kashmir, then Assam, then Kerala and so on. Only this Islamic mission provides the ideological justification for the existence of Pakistan.

By finding answers to the following questions the pseudo-secularists can help their Muslim brothers:

Why totalitarian ideologies Nazism and Fascism are bad, but Islam is good?

Whenever and wherever you meet a pseudo-secular Dhimmi confront him with this questionnaire along with a copy of Koran and expose his intellectual dishonesty.