The “inward” guru and the “outward” world

Post Views: 757 A guru may not want to teach systematically, but he invariably wants to give his blessings (to … 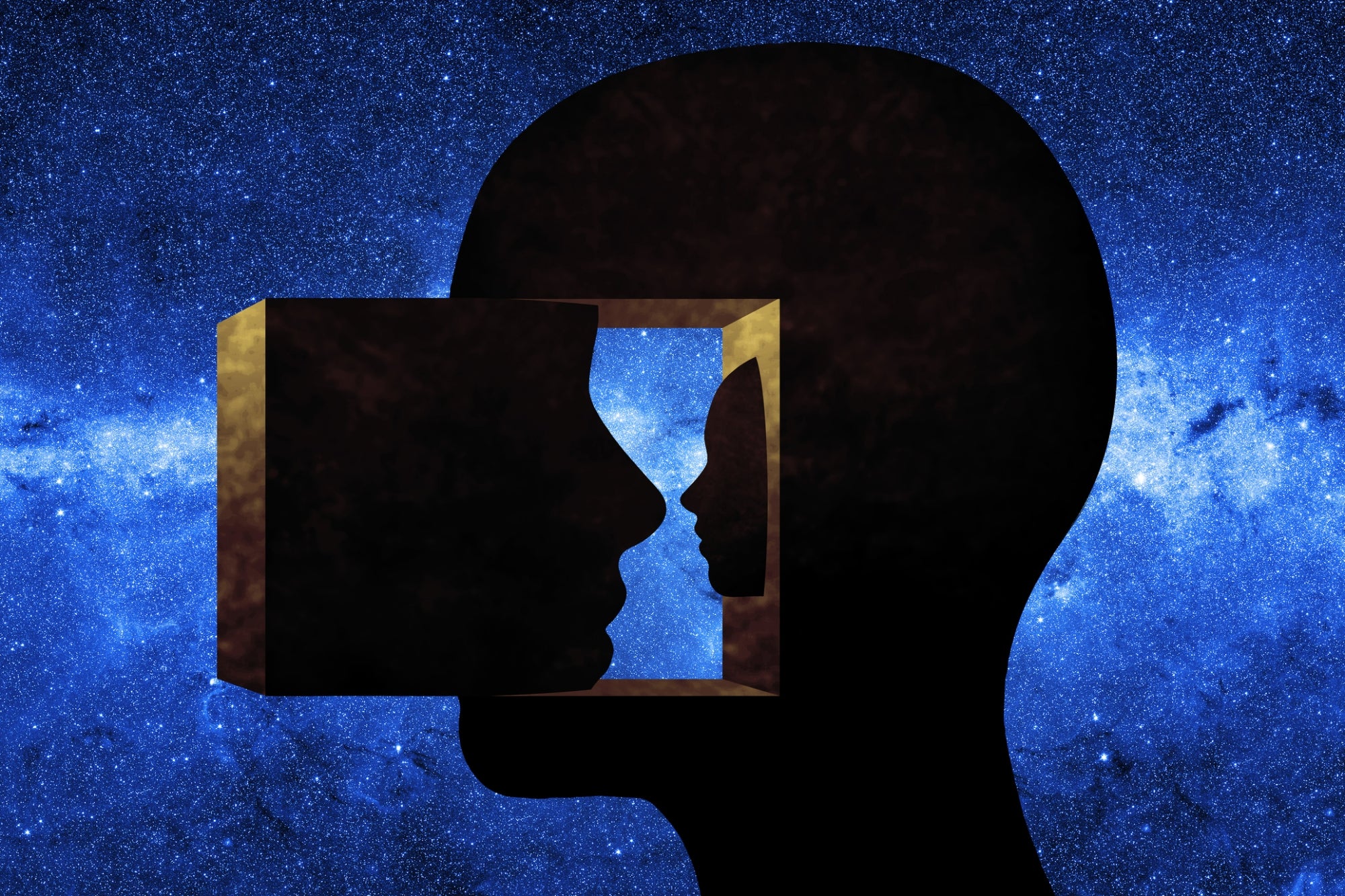 A guru may not want to teach systematically, but he invariably wants to give his blessings (to his disciples and devotees). There may be a mahatman who has transcended this function of the guru of blessing his disciples who have sought refuge under him. In such cases Isvara himself will bless them through the guru for the reason that the disciples who have sought the guru with full faith in him should not be forsaken.

So even if a guru does not seek “gurutva” on his own, when he has a disciple, a relationship is created through the grace he imparts him. In this context another meaning of the word “guru” will seem to be very apt.

I gave you one meaning of the word guru: the guru is one who is “weighty” inwardly without relating himself to the outward world. Since his concern is all about the inward life there is nothing that the guru has to do. What is the other meaning? “Gu” means darkness; “ru” denotes that which banishes (something): thus “guru” means one who dispels darkness. In Tamil they say “kummirittu” which means utter darkness (“ku” stands for “gu”): here “ku” or “gu” means darkness. We see again that “guru” means one who removes darkness. “Deva” is one who shines “prakåsarüpi”: Darkness is ajñana, ignorance. “Tamaso ma jyotir gamaya”: tamas or darkness is ajñana;jyotis is jnana. It is customary to say that ajñana-maya is darkness, that jňäna is light. Jñaña and ajñana-máyá are not used in the context of the Self alone. Take any subject or topic: ignorance about it is the darkness of not knowing: knowledge or awareness of it is light (buddhi-prakasa). A subject illumined by the guru is grasped or understood by his student with his intelligence or mind. The guru is one who sheds light. Most importantly, it is the guru who gives the illumination of jñana to his disciple towards the close of the latter’s life.

A great man may not have learned the sästras; he may not act according to the sästras; and he may not teach the sästras. But, even so, if one looks upon him as one’s guru he will dispel one’s darkness within. As a result of this great man’s grace light will be shed even on subjects or vidya-s one has not studied.

When we define a guru as one who dispels darkness, it means that his function is one of removal of something. His inner strength or greatness now works significantly outwardly. Instead of being by himself, he now relates to another. Giving upadeša orally or through the example of his life or by grace (it may be that he himself does not consciously bestow this grace but does so through Isvara) he dispels the ignorance of his disciple, ignorance in matters small or in matters big like those relating to the Self.

If the guru performs a function for his disciple there must be a link between the two. There must be a wire to connect the powerhouse with the bulb that burns in our home. If the water in the Red Hills[1] is available on tap in our house it means there is a pipeline connecting the two. Similarly if the disciple’s intelligence is to shine and if a flow of knowledge is to be created in him there must be a link between him and his guru. When a subject is orally explained by a guru, his words constitute the link with his student. When knowledge is gained through the example of the guru’s life, that is also a kind of communication, a kind of link. Even if something is not made known openly by the guru and its meaning suggested only inwardly, it is upadesa, because whatever the guru does to banish his disciple’s ignorance must be called upadesa. Upadeśa given by a guru not through lectures but by the example of his life is different from a “verbal message”: here the guru’s life itself is a message. The link of upadeśa between the guru and the disciple obtains in a gross form as well as in a subtle form.

Anything that removes ignorance and lights the lamp of knowledge is upadesa.

Usually, the spiritual power or energy of a guru’s blessings suffuses the student through the link established by the upadeśa given in the form of a mantra. We also see that mahatmans, who don’t lecture or explain any doctrine or sästra, give only mantropadeśa to their disciples. We read in stories of some disciple or other waiting long at the feet of a great man hoping to be elevated by him. And one day the great one imparts a mantra to him. From that moment he experiences the light of jñäna in him. People have wanted to obtain mantropadeša from the mouth of their guru somehow and have performed austerities for the purpose or resorted to strategems.

Kabirdas longed to receive the Srirama-mantropadeśa from the saint Rämänanda. He was a Muslim – they say he was born a Hindu but was brought up as a Muslim in a Muslim household. Kabir feared that Rämänanda might not give him upadeśa. He resorted to a strategem. One day, in the small hours of the morning, that is during the Brähmamühürta[2] when it was still dark, he lay down on the steps of one of the ghâts of the Gangă across the path usually taken by Rămânanda. When the saint came for his early morning bath, it was dark and he did not see Kabir on the steps and unwittingly trod on him. Kabir took it as “päda-dikşă”. (I will come to the subject of diksä later.) Rämänanda knew at once that it was a human he had unwittingly trod on. It is customary to cry spontaneously “Siva! Siva!” or “Rama! Rama!.” as atonement for a transgression. The guru was Ramananda. In his remorse for treading on a living creature (a human in this case) he cried out loudly “Rama! Räma!” Kabirdās took it as upadeśa. He had lain on the ghat purposely so that Rămănanda, unwittingly treading on him,would utter the Táraka-mantra of Rama-nama. In this way he would obtain his upadeśa.

The purpose of my telling this story is that even when a guru does not intend to speak a word, he establishes a live connection with his disciple through mantropadeśa. This mantropadeśa is called “vårtta” or “Tiruvärttai” (in Tamil). The term “oru värttai” (one word) occurs in some songs: which means even if other words are not needed for upadeśa, the mantra of one world is enough. Täyumânavar voices this when he says that for one who begins (his journey of devotion) with mürti (deity), talam (the sacred place where the deity is enshrined) and tirtham (holy river or pond connected with the sacred place), there is the chance of the Supreme Being speaking one word (ör värttai) as the true guru.

He who imparts a mantra has come to be called a guru. A man who is great inwardly becomes a guru by virtue of his being connected with his disciple. This relationship is established mainly through mantropadeša. It is enough if a guru gives mantropadesa once. It is not necessary that he should make his disciple sit at his feet and explain the mantra to him. Such long-term training is part of the responsibilities of an ācārya. A great guru may utter a mantra as if accidentally and depart. Even so, a link is subtly established between him and the disciple (who is within the hearing of the guru). Through the mantra the energy of the guru’s grace starts to work in the disciple (or one might say that the power of the mantra is the source of the grace).

If the guru is of a lofty character and the disciple himself is mature in mind and ready to receive light, there is no need for any verbal mantropadeśa. But there must be some kind of a link between the two. How is this link then created in such cases? If the guru glances at his disciple even once, that itself becomes upadesa and the necessary link. The katäksa (sidelong glance) of the guru goes into him and works for his enlightenment. The guru touching the student or placing his hand is also upadeśa. But sometimes none of these acts is needed. If the guru thinks to himself, “This child must be well…. (blessed),” it becomes an upadeśa and a link is created between him and the disciple.

[2] The muhúrta before sunrise. A muhúrta is 48 minutes, though the Brahmamuhürta is taken to be two hours

International Day for Biological Diversity and 24 Gurus of Avaduta from Bhagavat Purana
Vedic Gods: One God: Many Gods: Advaita - Part I
And Shri Rama Returns to Ayodhya! 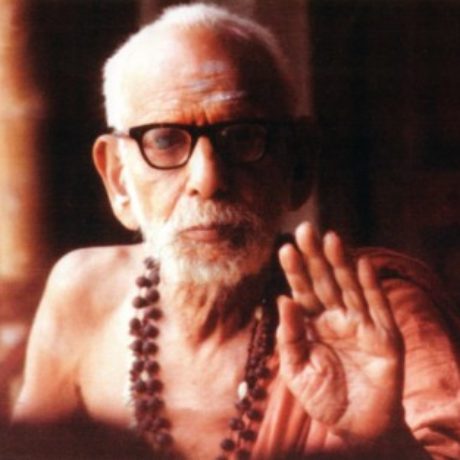 Jagadguru Shri Chandrasekharendra Saraswati Mahaswamigal (20 May 1894 – 8 January 1994) also known as the Sage of Kanchi or Mahaperiyava (meaning, "The great elder") was the 68th Jagadguru Shankaracharya of the Kanchi Kamakoti Peetham. Mahaperiyava's discourses have been recorded in a Tamil book titled "Deivathin Kural" (Voice of God).