The insistence of explaining everything in Veda through current science or to dismiss Bhakti as ‘emotiveness’ are born out of complete misunderstanding the difference between science, psychology, and divinity. Again, to dismiss everything that has no ‘scientific explanation’ is dogmatic. 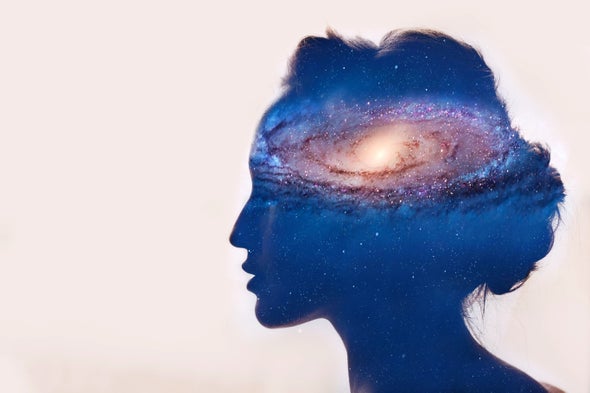 The importance of science in theory and practice is unquestionable. From ancient India to modern times, human mind was applied to understand, explain, and possibly employ what it perceived. Scientific instruments first became extensions of our senses and today they do things which our senses never did.

However, the domain of science is not unlimited although its boundaries are being pushed every day. Yet, it is not mandated as of today, to reach out into territories where measurement is rendered irrelevant and especially where patterns cannot be found due to prevailing uncertainty. The word ‘uncertainty’ will crop up elsewhere in the present article.

Take the case of rāga music. A single rāga sung by 10 different masters of the same school feel different simply due to different voices and singers’ varying capacities. But there are numerous other factors which are at play – personality of singer, his/her emotional make up, state of mind when it is sung, the time of the day when it is heard, the same parameters of the listener., etc.

So, when we feel differently, our qualia differ or our states of consciousness are altered, despite the fact that the musicological inputs are the same.

Again, if a single rāga is sung by the a single maestro at the same time of different days, qualia are different. We also know that when the same person sings a single rāga at different times of the day, qualia change. So, the scientific fact about changing qualia can be ascertained. But we do not yet know much about the phenomenon, given the fact that qualia are ineffable and respondents in any scientific study would not be able to communicate qualia. A study (Parag Chordia, Alex Rae. “A large-scale survey of emotion in raag music” In Proceedings of International Conference of Music Perception and Cognition, 2008.) considers rasa of rāga as emotion which is equated to quale. The error lies at the assumption that rasa is merely emotion. Abhinavagupta equates rasa to Ishvar, which we know is beyond emotion and thus beyond the grasp of psychology as it cannot go beyond mind, which itself is yet to be understood.

As such, the spiritual experiences we get while listening to rāga are cases of altered states of consciousness which the Frieburg university is deeply engaged in. In fact, it is investigating anomalic behaviour (ESP, Clairvoyance, Telepathy, Levitation, etc).

Rishi-s of ancient India, by enhancing their state of consciousness gave us the Veda-s. They passed on the practical knowledge of yoga (for spirituality) and hatha yoga (for physical ideals) thousands of years ago. Today, scientists are scratching merely the surface of such divine phenomena which manifest, following the alteration of the state of consciousness. They’re very far from replicating them.

The point I am making here is what could be realised through yogic practices, succinctly categorised in the Bhagvat Geeta, by long years of dedication, remains much beyond the scope of science. Only rarely does a scientist believe in the ‘atman’. It is rarer to find scientific evidence of atman primarily because it lies beyond the domain and worldview of science.

In a blog maintained by a self-styled yogi, he says ‘out there everything is uncertain’ and that it is quantum space (he meant the spiritual world). Now this is again a dubious comparison. The term uncertainty is technical and was first used by Heisenberg in his Uncertainty Principle which specifically says that the energy and the position of the electron cannot be ascertained at the same time. Now, where does he say that everything is ‘uncertain’? This kind of artificial and fake bringing together of science and spirituality (or religion) is increasing and impressing people.

We also hear the term Spiritual Sciences, which baffles me for the above stated reasons. Then there are scientists who insist that each and every claim by spiritual masters are unacceptable unless proven by scientific methods. This too is a zeal leading to a strong school of thought which terms science a ‘dogma’ – a religion in itself. Why is it necessary for everything to be ‘scientific’ and why only ‘scientific’ truths be treated with respect and not others? How to you fully understand qualia or rasa of rāga. Psychology is not a science – it is a logic like medicine based on which there could be scientific investigations that will of course be validated by empirical science.

Note here that the belief in divine intervention has long been thrown out of the window of the edifice science. Yet, we want to marry science and divinity – a one-sided love story. Actually, Rishi-s were special because they did not need instruments other than their consciousness to tell us truths which even today lie outside the purview of science, notwithstanding attempts to validate or dismiss claims of divine intervention.

I must acknowledge that in the Veda-s a huge number of truths that are validated by science can be found. But the purpose of Veda is ‘alaukika’ (divine) not ‘laukika’ (worldly). To achieve the alaukika, Shree Krishna gives the four paths which overlap in a human being’s pursuit. To equate Vedic gyān with ‘education’ or ‘worldly knowledge’ is completely misplaced. The insistence of explaining everything in Veda through current science or to dismiss Bhakti as ‘emotiveness’ are born out of complete misunderstanding the difference between science, psychology, and divinity. Again, to dismiss everything that has no ‘scientific explanation’ is dogmatic.