We recognise Dr. Ambedkar as the towering Dalit leader. But few of us have heard about an equally important Dalit leader called M.C.Rajah. Read this insightful article to know about this great leader. 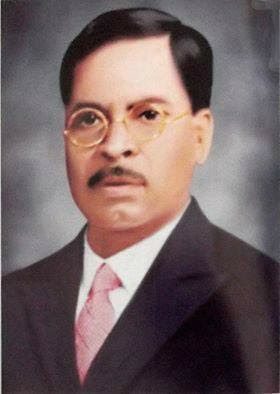 The telegram sent by the Secretary of State for India about the Rajah-Moonje pact jolted the Viceroy’s Secretariat and the hunt began. The Home Department and the Intelligence agencies were contacted and newspaper clippings were collected. It was found that on February 21-22, 1932, a Working Committee meeting of the All India Depressed Classes Association was held in Delhi under the Chairmanship of Rai Bahadur M.C. Rajah. A resolution was passed in the meeting that the representation of Dalits in the upcoming Constitution should be based on a joint electorate with province-wise seat reservation rather than a separate electorate. In another resolution, it was stated that Dalits should be addressed as ‘Adi Hindus’ in the Constitution instead of being addressed as ‘Dalit classes’.  In the same meeting, the Hindu Mahasabha and the Depressed Classes Association welcomed the suggestion of Dr. Moonje (who was then President of the Hindu Mahasabha) and reached an agreement for a joint electorate. The presidents of the two institutions, namely, Rajah and Dr.Moonje, jointly sent a telegram informing the British Prime Minister Ramsay McDonald of the agreement. A copy of the wire was also sent to Lord Lothian, Chairman, Franchise Committee of India.

The Rajah-Moonje Pact was not only a great blow for colonial strategists but also posed a challenge to Dr. Ambedkar’s leadership. That is why the Secretary of State for India became so anxious to assess its impact on the Dalit sections as soon as he came to know about this pact. Before assessing the ideological background or impact of the Rajah-Moonje Pact, it is important to know the two protagonists of this pact – Dr. Moonje and M.C. Rajah.What was their role in the social milieu of those times? Why have they been relegated to such an inconsequential place in the memory and consciousness of the nation that today’s generation does not even know their name and work?

Born ten years before Dr. Ambedkar, M.C. Rajah was the Secretary of the Adi Dravida Mahajan Society in Madras province and had established himself as the leader of the Dalit classes by the time Dr. Ambedkar returned to India in 1917 after completing his studies in the United States. In 1917, the Justice Party leader Dr. T.P. Nair, with a view to garnering the support of Dalits, entered into a mutually beneficial unwritten agreement with the Dalit classes.

Rajah had completed his education from the prestigious Christian Schools of Madras – Wesley College and Christian College – in 1905 and had begun his career in 1906 as a teacher. He then began raising his voice to protest the exploitation and oppression of dalit classes. In 1916, upon taking charge as the Secretary of the Adi Dravida Mahajan Society, Rajah raised the demand for compulsory and free education for the Dalit classes. In those days, educated people such as M.C. Rajah were not rarely found among the Dalits. This was the reason he soon caught the attention of the British Government. The Madras government nominated him to the Primary Education Committee in 1917 and to the Senate of the University of Madras in 1924. In 1919, the Madras government nominated him as a member of the Provincial Legislative Council as a representative of the Adi Dravidians, that is, the Dalit classes. In 1922, he was conferred the title of ‘Rai Bahadur’.

All over India, Rajah came to be identified as a prominent leader of the Dalits. Hence, in 1926, whenprominent Dalit leaders of Nagpur, including Ganesh Akka Gavai and G.M. Thawre, established the first all India “Dalit Classes Association”, they asked M.C.Rajah to be its President and made Dr. Ambedkar Vice-President.

It is not that the British Government was not aware of the significance of M.C. Rajah as the leader of the Dalit classes. This was the reason he had been nominated as the first representative of the Dalits to join the Central Legislative Assembly in 1927 and continued to be a member until 1937. He was also made a minister in the provisional cabinet before the Rajagopalachari cabinet was formed in Madras province in 1937.  Rajah also found a place in the Central Committee formed on the arrival of the Simon Commission. During Gandhiji’s fast in 1932 and the Poona Pact, the role of M.C.Rajah was crucial in the Temple Entry Bills in the Central Assembly in 1933 and at the time that Dr. Ambedkar’s threatened to convert his religion in 1935-36.

Ambedkar and Rajah were chosen as the two Dalit representatives whom the Viceroy chose to meet with Cripps during the Cripps Mission in 1942. Both were invited separately. But Cripps, in his report dated 6th July 1942 noted that for his convenience, he had called the two to meet together on March 30,  1942.

The letters of Viceroy Lord Linlithgow addressed to the Secretary of State for India, Leo Amery, on 5thJanuary and 8th March 1943, indicate that Mr. Amery was repeatedly urging the Viceroy to recognize the political status of Dalits due to their vast numbers. But the viceroy’s concern was that despite being large in number, the Dalit community did not have men who were  worthy of being promoted by the government. Linlithgow mentioned only three such capable Dalit leaders in both his letters – Dr. Ambedkar,  M.C. Rajah and N. Shivraj. He included both Rajah and Ambedkar in the National Defence Council. But the question that remains to be answered is why the colonial government did not nominate M.C. Rajah as one of the two Dalit representatives at the Round Table Conference. He could have been nominated as the Dalit representative along with Ambedkar. Instead of Rajah, why did the British nominate Rai Bahadur R. Srinivasan of Madras, a man who was yet to display anyintellectual prowess or active commitment. Another related question that remains to be answered is that despite Rajah’s towering personality, the Rajah-Moonje pact was forgotten while the Poona Pact that was based on the same principle, became etched in public memory. How did it come to be that Dr. Ambedkar became the sole messiah of the Dalits and M.C.Rajah was forgotten so badly that his name was not to be found in any dictionary of eminent persons and one has to really pore over historical records to obtain information about Rajah?

The Reality of Sufi Islam
In the Footsteps of Hind Swaraj. The Oeuvre of the Historian and Political Thinker Dharampal - 2
The Making of Our Constitution-1